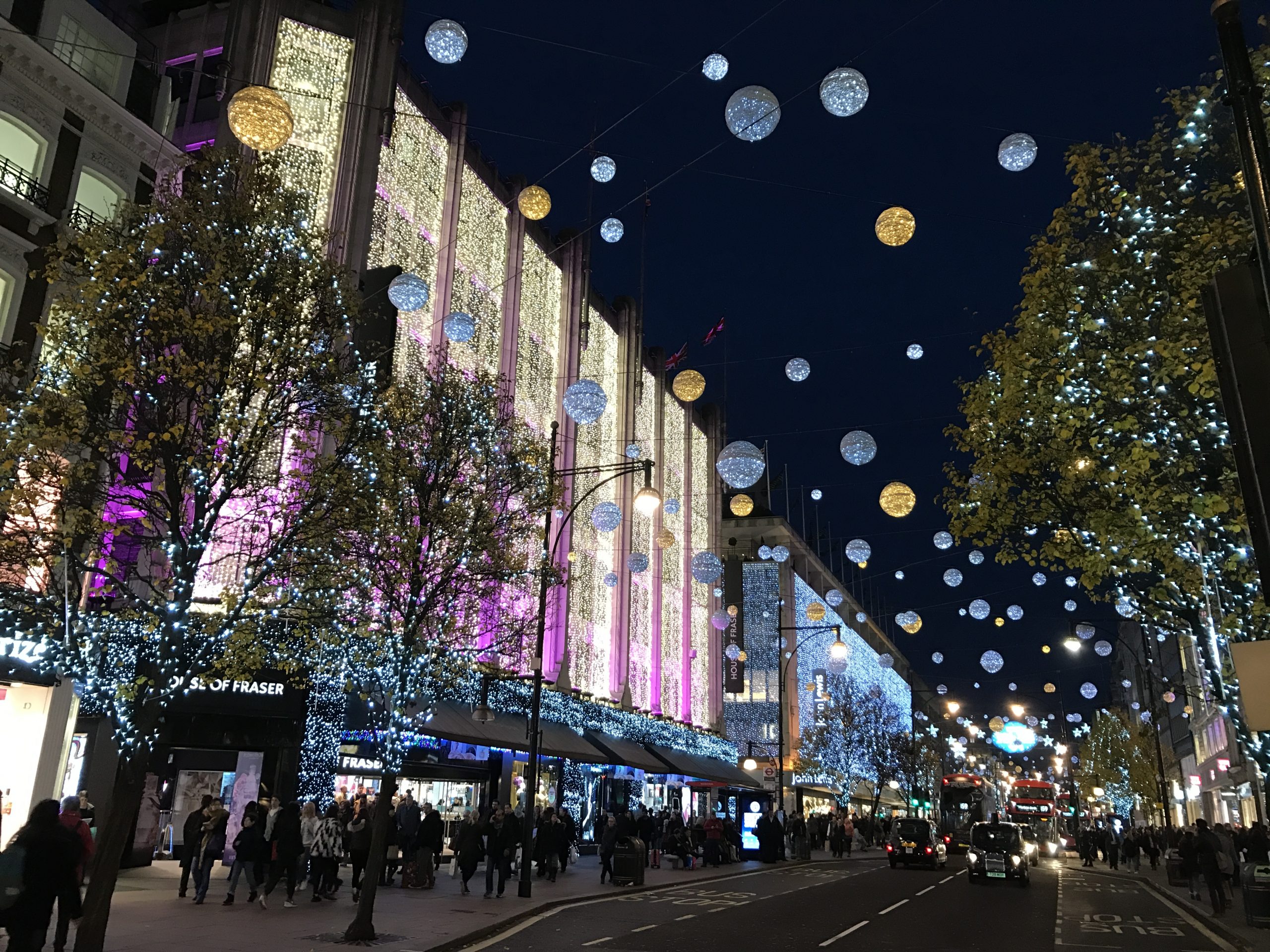 She Was Brutally Attacked on a Busy Central London Street. Police and Pedestrians Did Nothing.

Most Brits do not live their day to day lives in constant fear of random, unprovoked physical attacks on crowded city streets. They go about their days knowing that Britain is a country for them: 82% white, disproportionately affluent compared to the rest of the world and, in their minds, not inexplicably prejudicial and violent. But others–foreigners, immigrants, women, and minorities–are not afforded such luxuries. Even behind the idyllic and ostensibly “enlightened” facade of western liberal democracies like the UK and dense, international metropolises like London, the virulent scourge of violent racism persists. A couple weeks ago, it claimed yet another victim.

A South Korean woman studying at a British University–who has asked to be identified only by her surname, Lee, as various news outlets have used her full identity and photo without her consent–was viciously attacked by a group of 8 to 10 white and black teenagers in Central London. In a Facebook post dated November 15th, which has now gone viral with 18,000 reactions and 8,000 shares, Lee described her attack and the ensuing events in vivid detail.

“I was with my friend walking down the Oxford Street around 5:50pm on the 11th, and suddenly I noticed someone throwing junk towards my head from behind me,” she wrote. From there, it escalated quickly. She said the perpetrators, a group of male and female teenagers, who were “black and white,” and many of whom were “around 6 [feet tall],” condescendingly asked her “oh, you speak English?” when she asked them to stop. She tells The Beaver she couldn’t say much else in response, as “we can’t say anything as small Asian girls.” After throwing some rubbish back in frustration, she says one girl “pushed me to the ground” and “10 people came up to me and started beating me up.”

Lee, who is 5’2”, said she was powerless to stop the onslaught as “they were all so much taller and outweighed me.” She wrote that one boy, the tallest of the group, “struck me down and carried [on] punching my face and my head,” while she shouted, “this is the 21st century, stop being racists!” She says the friend she was with “wasn’t physically able to stop them,” nor was she. So she just kept screaming.

When strangers finally came to intervene, she says, the group dispersed, but soon returned and started attacking her again. She wrote that one of the girls even “took off her jacket and carried on punching me in the face and the head,” and that the last thing she remembers is the largest boy “punching me on my head for the very last time, and I almost lost my consciousness.” She emphasized that these events all took place on a heavily trafficked street in the early evening, and that “only two people were trying to help me out and the rest [were] filming the scene.”

Lee’s attack is far from an isolated incident. In January, a 15-year-old Asian girl had her arm broken at a London KFC by two white men who “hurled racist abuse” at her before “pulling the victim’s hair” and “kicking [her] whilst she was on the ground.” Meanwhile, just 3 days after Lee was attacked, a South Asian woman was savagely murdered with a crossbow in her home at the hands of her former partner. She was 8 months pregnant at the time.

Lee’s situation didn’t much improve even after her attackers finally fled the scene. She tells The Beaver that after calling the London Metropolitan Police, she “waited for the police with a friend and a witness for over an hour.” She explained that after calling to file an initial report, she called back four more times. On the last call, she says, the police responder told her “we’re going to check for a nearby cop car. I will call you back in a few minutes,” but they failed to do so. Asked why that might’ve happened, Lee speculated “maybe because I can’t speak English fluently” or “they thought my problem was smaller than other things.”

After filing yet another police report about the hate crime to which she’d just fallen victim online on her way back to her University, Lee says she got an email from them shortly after advising her to see a therapist. She says they have failed to communicate with her beyond following up to tell her that CCTV footage of the incident is not available because, in her words, “it was too dark” and “there was not a clear angle.” Frustrated, she exclaims “they haven’t done anything.” The London Metropolitan Police did not return request for comment.

Lee also called the South Korean embassy the night of the incident, also to no avail. “They just ignored my situation,” she says. The embassy told her it wasn’t within their purview to push police to open an investigation, and that they were powerless to do anything outside the realm of civil affairs. However, “they have started to [offer support] after I uploaded my story on Facebook,” Lee says. “Before I posted they didn’t care.” The South Korean Embassy also did not return request for comment.

Lee says this isn’t the first time she has experienced racism since arriving in England three years ago. Instead, she has “a lot of experience,” with racial prejudice from British people, though she notes that this was the first physical act she has encountered. “A random person on the street called me a yellow monkey,” she says, “and shouted ‘go back to your country.’”

Internet virality has been something of a mixed bag for Lee. On the one hand, she has received an outpouring of support and solidarity from other Asian women studying in Europe who she says comprise about 80% of the direct message responses she’s gotten since posting about her experience. They told her that they have been the victims of similar treatment because, according to her, “they’re small and weak and [therefore] very easy to be a target.”

Since the attack, Lee has sustained a multitude of physical injuries, many of which, after more than a week in recovery, have yet to subside. “My jaw is swollen,” she explains, “and I can feel a bump on the backside of my head, adding, “I still feel serious headaches, especially in the morning when I wake up.” The psychological impacts have been no better: “Sometimes I’m fine, but most of the time I’m scared to go outside.” She’s also “scared of facing people of different races” because it’s “hugely traumatic.” Finally, she says, “when I go outside, I easily get panic attacks. I throw up or I can’t breath for a few seconds.”

Lee, a third-year illustration student at an arts college, says the attack has also changed her outlook on living in London after graduation. “I used to say that I think England is my second hometown. That I really enjoyed my life in the UK,” she explains, adding, “I definitely wanted to stay.” But now? “No. How can I stay in this country? Oxford Circus is literally in Central London. People were recording my situation instead of helping.”

But despite the physical and emotional trauma Lee has suffered since her attack, she has no words of malice to offer her attackers–only pity. She says she would tell her attackers, “I will be ok. I am surrounded by nice people. I love my job and traveling,” but that, “you guys won’t be ok. You hate people without any reason. You won’t be ok and I will be ok.”

Nonetheless, Lee believes that the kind of toxic racism she encountered is a serious, insipid, and as yet under-addressed problem in British society, and one which underpins the complicity of bystanders in day-to-day British society. “Most Asian girls in the UK have had this kind of experience at least once in their life,” she explains, “and nobody cares. They don’t care. That’s why I got this horrible experience on the street.” She pleads for privileged bystanders to intervene on behalf of minority victims: “If they don’t say anything, it will just continue to be a vicious cycle.”

Finally, Lee has hope. “Of course there is hope for change,” she says, “that’s why I uploaded my story online. I care about racism. I know it’s not going to be changed really soon, it’ll take some time. But I want to say something, at least. This is not ok.”