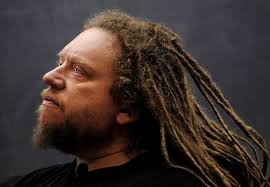 Pay Me for My Data

You are walking to your home, having a chat with a friend. As you walk, you talk about everything around you: “I love this store”, “Yeah but I wouldn’t buy that thing”, and so it goes. Out of nowhere you get this creepy tingling sensation similar to when you think someone is following you. Surprised, you realize that there is someone walking behind you! He has a notepad and seems to be taking notes from your conversation. What do you do? Do you let him follow you? Or try to lose him?

Your answer to this question is more critical than you might think. The obvious answer is try to lose him: you prefer not to be followed. You don’t know this man, or what he wants! Let’s take the less traveled road: assume you don’t care. You keep walking, but you are both super hungry, “Let’s go grab a Burger”. Suddenly, the man springs onto you, and yells: “You should try this new place down this street!” He grabs you by the arm and pulls you in that direction. I might get scoffed at for being ridiculous, but the analogy is spot on: when you are online, something is looking at your activity, tracking you across websites and devices. This data is then used for a variety of different ventures. One of these is knowing what ads to show you, ranging from a burger to bad loans.

We are told this is an understandable downside considering the services we use online are free. Yet the problem lies in the amount of wealth and power that the providers of these “free” services gain from re-compiling large amounts of data. Data is used to model behaviour, spy on us, sell stuff to us, and in some countries even persecute us. There is much money to be made from being the key-holder to a wealth of information. There should be no confusion in our minds: the raw material used is information about ourselves, which we knowingly give away. Free is not better, we are giving away data which is then used to make huge profits.

In Who Owns the Future? Jaron Lanier oscillates between stark negativity and a joyful optimism for an improved future: a humanistic information economy. Lanier’s point, is that we are all assembling under what he calls siren servers: huge computing operations that serve as roots for huge amounts of data to be funnelled through (think Facebook and Google, but also financial operations, marketing services and secret spying servers). Lanier argues that we are shortsighted when we believe that AI and software mediated life is the panacea of the future. AI is not magic: we are feeding these systems the data they need to behave as they do. Because he sees this and realises the importance of data, Lanier proposes that we monetise as much of the information economy as possible.

Lanier devises a different economy, which he argues works better in the face of coming automation. He sets up a system that tries to establish a strong middle class by recognising the value of the information we feed to networks, be it our search history, code to an open source platform, or something you upload on Facebook. The model would require structural changes to the way digital networks work. People would receive micropayments whenever they feed useful data into any network, the payment would be proportional to the impact of the information. If I may be allowed an analogy: the behavioural research lab at LSE pays ₤10 per hour to gather data in order to study our behaviour. When we go online, our data is being recollected for further study. What is the difference?

I am, arguably, late to the party, Who owns the future? Was published in 2013. However It is a must read; whether you agree with Lanier or not is irrelevant: he challenges the regular narrative about the future, helps us recognise the dangers of innovation for innovation’s sake. I recognise it is anticlimactic to argue against free services and a free online economy, but it has to be done. Life is becoming increasingly software mediated. a conversation about the value of information is long due.