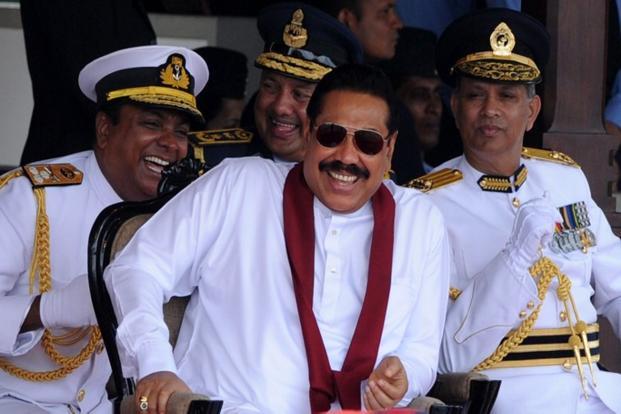 The Sri Lankan Presidential Election was held on the 8th of January this year, two years ahead of schedule and two years before the incumbent President, Mahinda Rajapakse, was due to step down. The reason the elections were called early was due to the absolute certainty of the Rajapakse regime that the election would yield a decisive victory for the incumbent, thereby securing him a third term in office as the Executive President of Sri Lanka. However, if there is one feature that characterised the 2015 Presidential elections, it was that of uncertainty as opposed to the almost certain outcome expected. In the run up to the elections, a series of riveting events ensued, including numerous party defections by ministers, allegations of the misuse of state-owned resources for campaigning purposes, political interference in the media, politicization of the recent papal visit by Pope Francis, and the flouting of electoral laws, all against a backdrop of electoral violence and foreign pressure.

Rajapakse’s gamble did not pay off however, as the drama culminated in the election of a new President; Maithripala Sirisena, in a shocking turn of events as Sirisena had announced his candidature only 7 weeks prior to the elections, and had previously been the General Secretary of Rajapakse’s Sri Lanka Freedom Party (SLFP) and Minister of Health. Following his defection from the SLFP, Sirisena went on to join the New Democratic Front (NDF), where he was supported by political heavyweights such as former President Chandrika Kumaratunge, and was even endorsed by the Tamil National Alliance (TNA); the largest political party representing the Sri Lankan Tamil people, and was fielded by the United National Party (UNP)-led opposition coalition, in a successful whirlwind bid for the Presidency.

At 8.06 am on the 9th of January, the Elections Commissioner confirmed that Sirisena was the President-elect, and Sirisena was sworn in only a few hours later, at 6.20 pm, as the seventh President of the Democratic Socialist Republic of Sri Lanka, in the presence of Supreme Court Judge K. Sripavan at Independence Square, Colombo. It should be noted that whereas it is usually customary for the President-elect to be sworn in by the country’s Chief Justice, in this case Chief Justice Peiris, Sirisena refused to agree to this as Peiris had been Rajapakse’s legal advisor and was appointed by Rajapakse following the controversial impeachment of the previous Chief Justice, Shirani Bandaranayake, in a move which raised questions about the independence of the Judiciary. Furthermore, immediately after being sworn in, Sirisena stated that he would only serve one term, and would launch a mammoth 100 day plan which outlines the abolishment of the Executive Presidency amongst other major constitutional and policy changes. UNP leader Ranil Wickremesinghe was then sworn in as Prime Minister, also on the same day.

When analysing the electoral results, it is clear that the election was a closely fought one, with Sirisena winning 12 electoral districts and receiving 51.28% of all votes cast, as opposed to Rajapakse winning the remaining 10 districts and receiving 47.58% of votes cast. The voter turnout reached a historic number, as 81.52% of registered voters cast their vote – the highest turnout for a Sri Lankan Presidential election yet, and significantly higher than the 2010 election.

However, despite the outer appearance of a peaceful and swift power transition, according to senior political figures in the Sirisena camp, namely Mangala Samaraweera and Rajitha Senaratne, Rajapakse did not go quietly when it was revealed that he had been ousted from his seat of power. Allegedly, Rajapakse and his brother Gotabhaya; the Defence Secretary, had tried to stage a coup, by summoning the Commander of the Army, the Inspector General of Police and the Attorney General to the Presidential residence, Temple Trees, at around 1.00 am on the 9th of January, and had instructed the officials to not only annul the election results, but to deploy troops and declare a state of emergency. However, since the officials had point-blank refused to cave in to Rajapakse’s unreasonable demands, Rajapakse was left with no other choice but to accept defeat by summoning leader of the UNP and current Prime Minister, Ranil Wickremesinghe, to Temple Trees to assure him of a peaceful power transition. In a follow up to the alleged coup, the Rajapakses, the army, and the police have all denied the “baseless” allegations of an attempted coup, but as of 11th January, the new government stands poised to launch a special investigation into the events that supposedly took place in the wee hours of the 9th of January; the day after elections.

Rajapakse’s political career certainly started off well, as he was to become the youngest elected Member of Parliament in 1970 at just 24 years old, and later became an attorney-at-law, graduating from the Sri Lanka Law College. Furthermore, it was under his administration that the government and armed forces finally defeated the Liberation Tigers of Tamil Eelam (LTTE) Terrorist Organization in 2009, thereby ending the raging Sri Lankan civil war that lasted nearly 30 years. So one may wonder how a President could possibly become so unpopular as to be unceremoniously ousted from his seat of power by the democratic vote of the people just 6 years after ending the war. Indeed, it is true that President Rajapakse did to a large extent diminish the psychological trauma and fear that scarred the minds of all Sri Lankans due to the LTTE’s 30 year terror campaign, for which the people of Sri Lanka will always be grateful for.

But Rajapakse made the fatal mistake of assuming that the people would love him unconditionally, even when they themselves were sometimes victimised by his regime’s dirty politics, corruption and nepotism towards the latter years of his term, and for foolishly thinking that they would vote him into office repeatedly as if they had an incurable case of Memory Loss combined with Stockholm Syndrome. In fact, the Rajapakse family were even nicknamed “Sri Lanka’s Ruling Dynasty,” as Rajapakse’s brothers Gotabhaya, Basil and Chamal had been appointed to the positions of Defence Secretary, Minister of Economic Development, and Speaker of Parliament respectively. In fact, political commentator Desamanya de Silva wrote in The Island that Rajapakse’s “intention was clearly to hand the reins over to his eldest son at the end of his third term. This is what happened in North Korea and would have happened in Libya and Egypt if the dictatorships in those countries had not been abruptly terminated. So we have had an exceedingly narrow shave and should be eternally grateful for it.”

Moving forward, Sirisena has many promises to uphold, including his pledge to replace the Executive Presidency with a Westminster-style Cabinet within 100 days of being elected, reducing the six year presidential term to five years, holding parliamentary elections in April, and forming an all-party national unity government; towards which end he has signed a Memorandum of Understanding as of 1st December 2014 with 36 Opposition parties and civic groups. He has also vowed to repeal the controversial eighteenth amendment to the constitution which stipulates that the President will not be restricted from running for re-election after serving two six-year terms. Until these reforms are executed, Sirisena is currently the Head of State, the Head of Government, Head of the Cabinet of Ministers and Minister of Defence, amongst other titles.

Sirisena’s manifesto also promises to replace the open list proportional representation system with a combined first-past-the-post and PR system for electing MPs. Much-needed independent commissions will be created to watch over the Judiciary, Police, Elections department, Auditor-General’s department and Attorney-General’s department. Apart from these, Sirisena has pledged to increase public spending on health and education from 1.8% to 3% of GDP, and 1.7% to 6% of GDP respectively. In an effort to ease the financial burden of farmers and public servants, Sirisena has promised to write off 50% of farmers loans, and increase the salaries of public servants by Rs. 10,000. In an attempt to cleanse the government of corruption, previous political appointments to the diplomatic service are to be revoked, and political victims such as former Army Commander Sarath Fonseka are to be re-appointed by presidential decree. Fonseka had led the Sri Lankan army to victory against the LTTE guerrillas in May 2009, but having run against and lost to Rajapakse in the 2009 General Elections, was stripped of his civic rights, military medals, his photographs removed from army HQs, his name unmentioned in authorized books written on the civil war, and was thrown in jail for over two years.

In the end, it was a divided government and unified opposition which turned out to be the remedy to Rajapakse’s poisonous politics. Today, Sirisena remains confident in the feasibility of his 100 day plan as he steers Sri Lanka towards a new political era, stating that, “Anti apartheid hero and former South African President Nelson Mandela succeeded in bringing many reforms to that country during his four year rule after languishing in jail for over 27 years…My policy is to consider those who opposed me at the election as friends as Mandela did and get them involved in the process of building the country.”