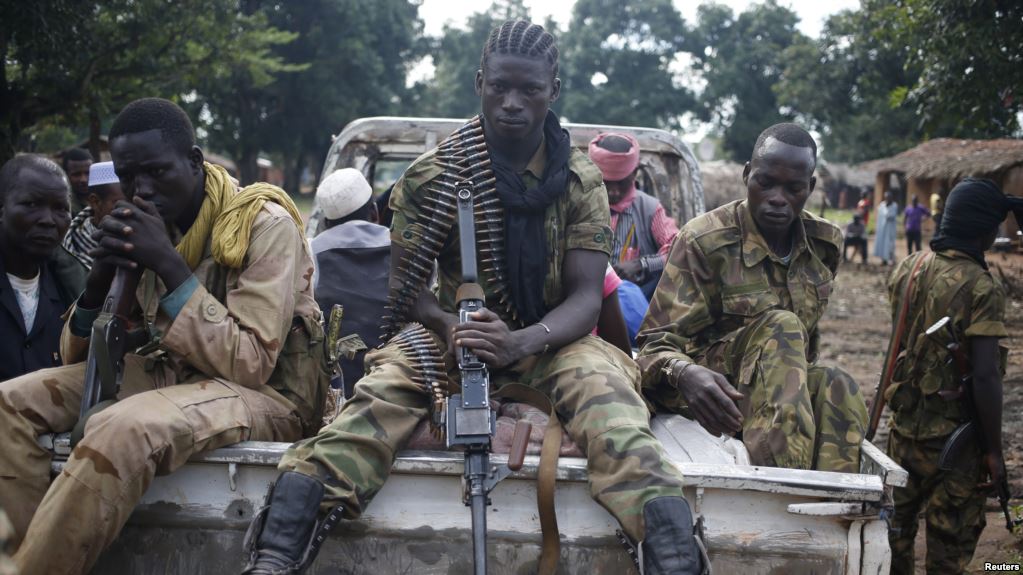 The fighting and civil war in CAR will not stop until its neighbours leave it alone.

The Central African Republic (CAR) has been beset by conflict since December 2012 when a rebel alliance from the North of the country descended on the capital Bangui and ousted President Francois Bozize. For the majority of the following events on the ground, this armed uprising was perplexing. The alliance, which calls itself Seleka (meaning “coalition” in Sango), has no internal cohesion, no list of political demands, no homogenous ethnic identity and is both horrifically and senselessly violent. Many have found it easy to just dismiss the conflict as the latest chapter in the sad history of this impaired quasi-state. However, the reality is that the violence in CAR is being stirred up and sustained by her neighbours who treat the country as their playground, and treat the rebel factions as their toys.

The biggest outside player in CAR is Chad. Besides supplying Seleka directly, Chad sent in a substantial number of “peacekeepers” in the early days of the war before withdrawing them in 2014. These peacekeepers were in many ways indistinguishable from the rebels and were accused of facilitating Seleka operations and even acting in conjunction with them.

Chadian meddling in the country is certainly not new. Central African presidents have long seen their fortunes rise and fall in line with the whims of the Chadian regime. Chad has particularly heightened interests in CAR right now though for two reasons.

Firstly, she emerged from her own civil war in 2010 and that made the government realise just how handy some extra southern territory would be. Chad’s civil war saw the Northern, Muslim dominated government face off an armed insurrection by mostly Christian sub-Saharans. Chad wants to be able to use CAR as a rear base to attack Southern anti-government groups if any future conflict was to develop. To do this it either needs a friendly government in Bangui that will let the Chadian army operate freely in the North or such chaos on the border that the army can walk in and do whatever it wants anyway- both of these are made possible by Chadian support for Seleka.

The second reason for Chad’s re-invigorated interest in CAR is the fact that all her major oil reserves lie perilously close to the border with her southern neighbour. Northern CAR is not just a useful base for Chadian operations against southern rebels but it is also a key base for those very same rebels. This is especially true given the fact that Sudan supports anti-government Chadian rebels using supply lines through CAR. This is Sudan’s way of getting back at Chad for supporting anti-Sudanese government rebels in Darfur. In fact, there is so much proxy conflict going on between Chad and Sudan that thousands of young men in the region are becoming roving guns, drifting wherever the demands and opportunities of war take them. This mass of armed nomads is not something that Chad wants so close to her oil and so supporting Seleka was perhaps a misguided attempt at instituting a friendlier and stronger government that would ensure the security of its borders and keep Chad’s oil safe.

Sudan is the next biggest meddler in CAR. Because Chad supports Seleka and Sudan doesn’t like Chad one would expect Sudan to be anti-Seleka. But this is Africa and so the inverse of this logic is true. Sudan is actually a big supporter of Seleka and many of the rebel troops are Sudanese. When Seleka seized Bangui in 2013 the new president’s first official visit was to Sudan and he had himself lived in exile there for many years. Sudan’s logic behind its support for Seleka seems to be that if enough trouble is stirred up in CAR then it will be easier to supply Chadian rebels in Southern Chad. In other words, Sudan hopes to hurt Chad by paradoxically supporting a Chadian proxy. When, in 2006, Chadian rebels advanced on the capital Ndjamena, Sudan flew in weapons to CAR to support the offensive. A confusing and messy situation on the ground could allow for more extensive support in the future. For Sudan therefore, some organised chaos across the border could be very useful and this is why it too has thrown itself into the fray by backing Seleka.

In the East of the country, a predominantly Ugandan, African Union (AU) taskforce has let itself in as it sniffs around for the infamous Lord’s Resistance Army (LRA). The swirling chaos in CAR has almost generated its own gravity, sucking in violent groups from across Central Africa. Such groups are drawn to CAR because the chances of being caught there are significantly reduced by the lack of any centralised law and order. Whilst the Ugandan taskforce is small and highly dispersed it is nonetheless an armed group that is roaming around freely and which the Bangui government could do very little to stop or punish if crimes were committed.

Finally, there is some evidence that Cameroon has become involved in CAR. Like Uganda, Cameroon has not backed any particular side in the fighting but seems to be using the war as an opportunity to clear away nasty groups operating along its border. Highway bandits, kidnappers and other gangs have infiltrated Cameroon from CAR for many years. Whilst the fighting may have increased this activity it is likely that Cameroon sees it as a chance to put an end to this border security issue by entering CAR and stopping the problem at the source. Whilst Cameroon is not actively stirring up trouble, its armed incursions are still not helpful for the government in Bangui which desperately needs a period of calm to start a mediation and national healing process.

Peace in CAR is therefore severely hampered by the interests and actions of its neighbours. Without the support of Chad and Sudan it is unlikely that Seleka would have seized the capital in 2013 and plunged the country into the bitter civil war that is consuming it right now. Chadian and Sudanese nationals continue to operate in the array of Seleka militias that impede national reconciliation and the presence of Ugandan and Cameroonian troops pursuing their own agendas just doesn’t help. CAR is a victim of its own regional community and until its neighbours leave it alone, the suffering of its people will go on.