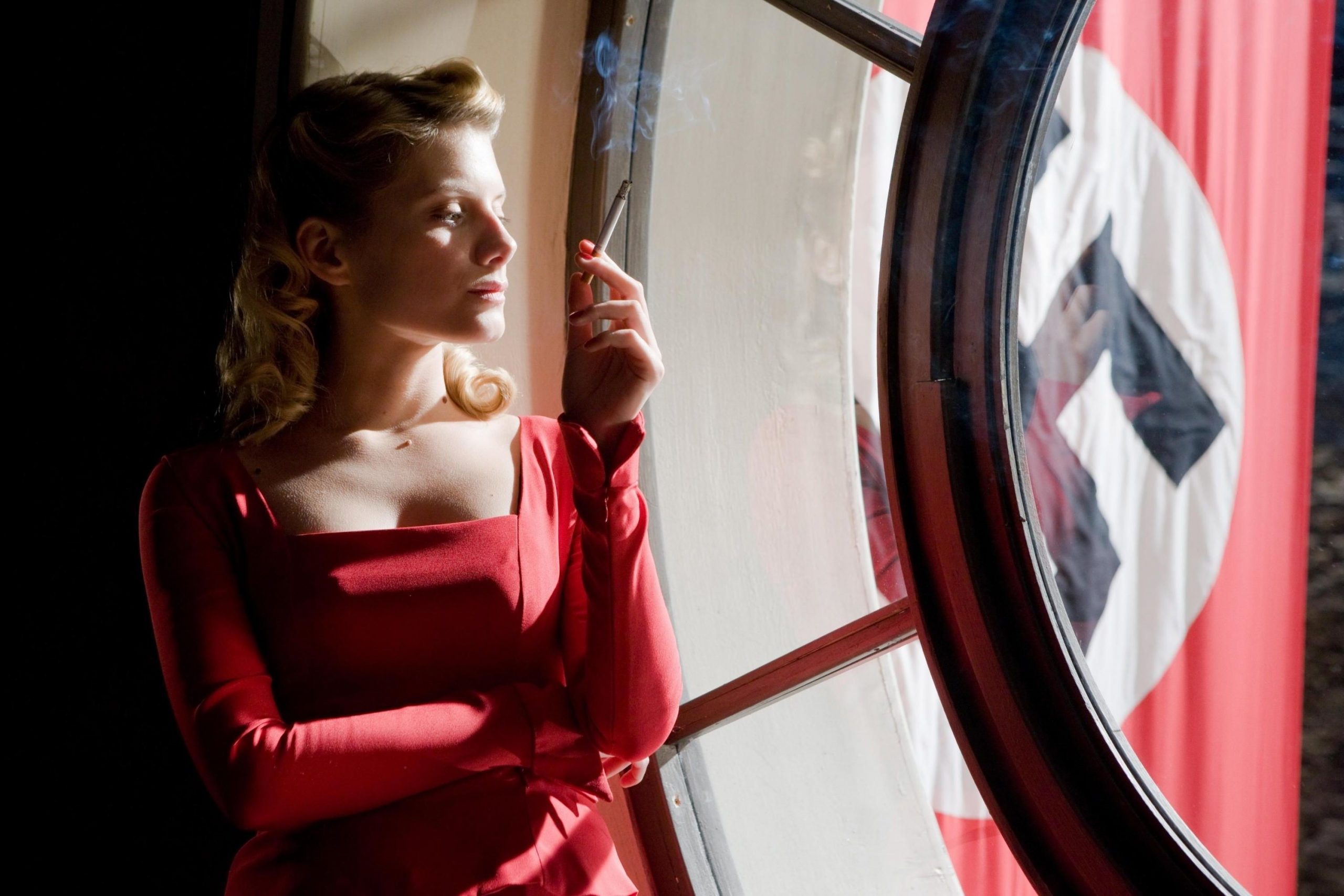 With even Idris Elba stuck inside, it’s a sign we all deserve a cinematic break! Don’t worry – we’ve got you! I won’t be recommending Contagion or Outbreak, because that would just send you to the breakdown phase straight away. The main purpose of these films are to transport you away from the current chaos.

What would quarantine be without Quentin Tarantino… or Quentin Quarantino! (I know, bad joke. I apologise). I strongly believe this is one of Tarantino’s best films. It plays to his strengths and features all his favoured themes: tense dialogue, violence and gore, his trademark trunk shot, and a mind-blowing ending. What pulls this off is Christoph Waltz’s captivatingly volatile interpretation of Hans Landa: the glue that holds the entire movie together. If Inglourious Basterds doesn’t do it for you, perhaps check out Django Unchained, Reservoir Dogs, or Pulp Fiction, one of which you’ll be guaranteed to love.

Hugh Jackman, Christian Bale, Michael Caine, and Scarlett Johansson. Name a more mesmerising cast. Go on – I dare you! The perfect combination of suspense and mystery will make you forget all about the c*********s. You could watch this film countless times and you’ll still come away seeing something you hadn’t seen before.

This film is the first espionage film that graced the genre with comedy. Transport yourself to America in the 1950s and admire the advanced technical features of the film, as colour first came into play. North By Northwest is a timely reminder to stop watching modern remakes with unoriginal plot lines and watch one of the most memorable stories in cinematic history. It is pure entertainment that will allow you to discover an entirely new genre of cinema whilst completely immersing you in Hitchcock’s fantastic direction. Moreover, in my opinion, it can save you from the downward mental spiral of self-isolation. Remember to watch out for Hitchcock’s cameo – it’s somewhere near the beginning…

If I Weren’t Locked Down I’d Be Rioting: Ratatouille (2007) Brad Bird

I am sure we have all been abusing Gusteau’s motto “anyone can cook” as we find ways to occupy ourselves through means of baking and experimenting with new recipes. So, go ahead and get inspired by something new. Also, since no one is travelling, fall in love with the cobblestone streets and bright lights of Paris.

At some point during self-isolation, quarantine will make you feel like this. This film is straight up funny. So what if you’re having visions of a tiger in your bathroom?! It’s probably because you’re daydreaming about Tiger King, but don’t worry, this Vegas trip with Bradley Cooper, Ed Helms, Justin Bartha and Zach Galifianakis will be the emergency therapy you need! And if this doesn’t work you’ve always got the Hangover II and III to try.