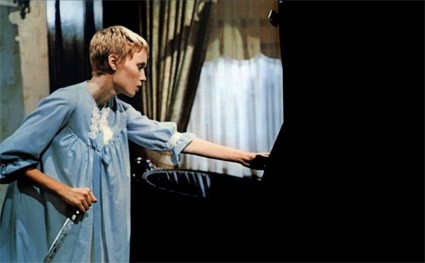 An expertly crafted film, which fuses the occult and societal discourse with the already perturbing thoughts that accompany pregnancy, director Roman Polanski’s 1968 Rosemary’s Baby is a complex, thought-provoking artefact of horror realism.

Mia Farrow’s young Manhattanite housewife, Rosemary Woodhouse, is child-like and innocent complete with Twiggy-Esque spider-like eyelashes and white eyeliner, which enhance her big baby-doll eyes. The apartment’s decor mimics Rosemary’s predominately white and blue clothing associated with the Virgin Mary, symbolising the purity underscoring her passivity and submissiveness throughout the film. Like Rosemary, most girls innocuously imagine the coveted “happily ever after” finale to their lives complete with marriage, a new home, and, of course, a baby. Rosemary’s Baby mocks this universal dream as a naïve delusion. Rosemary has her ideal “young love” beginning complete with eating take-out on the wooden floor of their newly purchased Bramford apartment, subsequently making love in the dimly lit living room. Nevertheless, this fantasy is short-lived; Rosemary’s life descends into terror plagued by misogyny, violence and paranoia.

Upon first viewing, it is easy for the average spectator to consider this film as a supernatural, yet paradoxically, feasible tale culminating in the birth of Satan’s spawn. After all, Polanski’s style produces a realistic mise-en-scène through the uncut camerawork and long takes. Consequently, we are immersed in Rosemary’s point of view, grounded in Rosemary’s eyes and we never see beyond her actions. Concomitantly, the fluid cinematography, as executed by William Frey Kerr, and the disciplined focus on Rosemary’s perspective intertwines the spectator with Rosemary even further. We accept Rosemary’s lived reality and seldom question her paranoia concerning the Satanic coven operating next door. In hindsight, this understanding of the film seems rather facile.

If one takes the Satanism in Rosemary’s Baby to be a metaphor for the patriarchy and the religious moral values that constrain women, Rosemary’s Baby transforms into a film advancing a socio-political critique rather than simply a piece of thriller, horror entertainment. Rosemary is controlled by the patriarchy, conducive of late-1960s New York, and the religious morality in line with her Catholic upbringing. Rosemary’s husband, Guy (John Cassavetes), mentally and physically abuses her, gaslights her for not finishing her chocolate dessert and then alleges to have raped her whilst she was unconscious. Even her doctor, Abraham Sapirstein (Ralph Bellamy), is complicit in this misogyny instructing Rosemary not to read books, which is evocative of archaic practices that disempowered women by depriving them of literacy and education. As Rosemary’s appearance becomes gaunter and her Vidal Sassoon haircut more fashion-forward and boyish, the chiding and domination over her mind and body become more forceful. Expected to preserve the image of a traditional housewife and to avert abortion despite her ectopic pregnancy, Rosemary’s world could be a delusion whereby she literally assigns the troubling patriarchal forces and sexist expectations in her life to Satan.

Polanski develops another social critique. Rosemary, a “country girl at heart”, is inundated by urban living. Londoners can relate to the anxieties that accompany this fast-paced and relentless lifestyle just like the New Yorker: the persistent stimulation courtesy of the traffic, the sea of traders pacing to work with their Tumi briefcases, and the close quarters separating neighbours by just one paper-thin wall. Polanski amplifies these urban irritations of commotion, congestion and the lack of privacy by the over-the-top sensory

depiction of cosmopolitan city strains, which would be sufficient to make any city dweller even marginally unhinged! The intrusive Castevets personify this urban annoyance. Minnie Castevet, who is expertly portrayed by Ruth Gordon in perhaps one of the best “the eccentric, single, old lady” depictions of all time, severely contrasts Rosemary’s polite and acquiescent demeanour; Minnie is uninhibited, ostentatiously dressed (complete with garish blue eyeshadow), and the “nosiest person” Rosemary has ever witnessed. The sensory overload that Minnie imposes onto Rosemary is palpable; Minnie’s slurred speech, excessive alcohol indulgence and animalistic eating, heightened by Gordon’s theatrical expressions and movements, are all signs familiar with demonic possession. In this way, Minnie, a seasoned urban veteran, also embodies evil, as in the greed, materialism and over-saturation associated with urban living.

Some interpretations would consider those that do not observe traditional Catholic standards of living and morals to be possessed by Satan. Accordingly, Rosemary may indeed be accurate in her assertion that she is surrounded by evil entities. If this were true, most of New York, London, Shanghai and Mumbai would be part of a coven. On the other hand, Rosemary’s schizophrenic affliction may well be punishment for her distancing herself from traditional femininity. One can never know the true meaning behind Rosemary’s Baby; even Polanski has admitted that Rosemary’s Baby can be construed in many ways. Nonetheless, the most striking analysis is to consider Rosemary as an unreliable narrator, a young woman utilising a satanic delusion to manage the psychological pressure and physical pain perpetrated on her by socio-political struggles, Catholic morality and ectopic pregnancy. Rosemary’s Baby allows for repeated viewing, in fact, it encourages it. One can watch the film each time with an alternative viewpoint whether it be through the lens of religious conservatism or feminism, or as a study on antenatal psychosis, pro-life discourse or simply as a state-of-the-art example of horror realism.

Hiya, I am Manisha! I’m from Buckinghamshire, England, and I study MSc Development Management. I write film and documentary reviews. If you want to discuss any of my articles or just talk, you can find me on Instagram (@mani18t) and LinkedIn (https://www.linkedin.com/in/manisha-thind), or email me at m.thind1@lse.ac.uk. 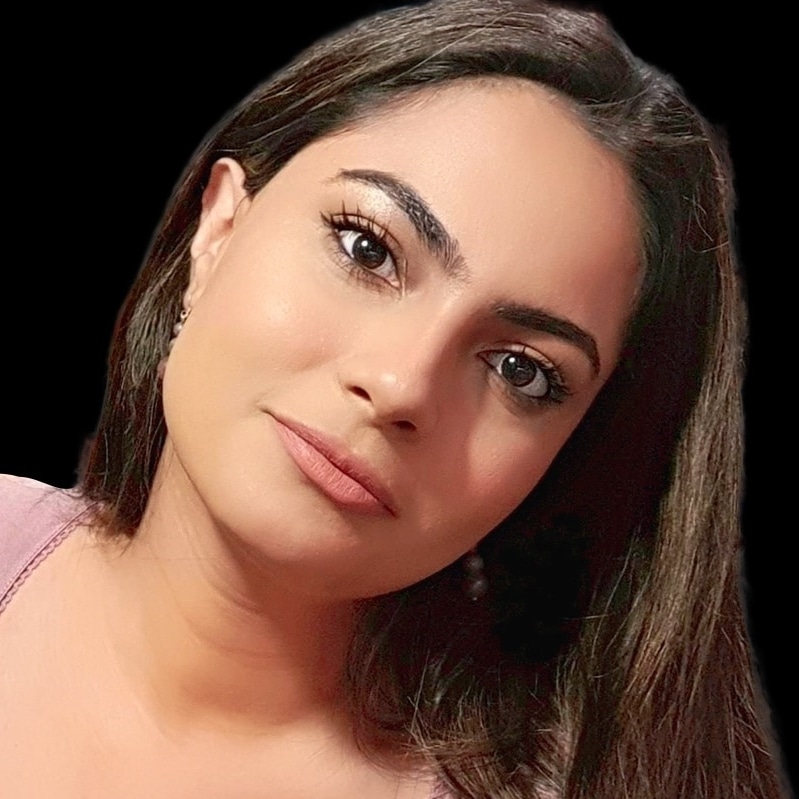 PrevPreviousThe best releases of 2021 to kickstart your resolution to read more this year.
NextTo all the lonely peopleNext
On Key