Almost exactly a year ago today I flew to Amsterdam with a group of brilliant people who I’d met whilst fundraising during my first year to run further than I or anyone in the LSE team had ran before. When I signed up, the furthest I had ran was 10 kilometres, less than a quarter of the distance that I’d end up completing that day.

Looking back there were plenty of reasons that I wanted to sign up, to get in better shape, to be part of a team in my first year of university and in the back of my mind I had always wanted to complete a marathon, but I was too anxious to enter into a race on my own. Doing it all for charity made the experience much more rewarding, knowing that not only were our team’s efforts helping a greater cause but that I had friends and family behind me every step of the way.

We were fortunate enough to have a long weekend in Amsterdam, where we got the chance to see the city and I spent the evening before the day eating copious amounts of pasta and making a very embarrassing playlist that I hoped would help me cross the finish line the following morning.

I arrived at the start line with my heart in my mouth, concerned that I hadn’t drunk enough water and that I had not trained enough. When we set off, however, those fears subsided. Especially during the second half of the run, there were countless people handing out sweets, drinks or even locals just yelling out your name to spur you on. I did my best to forget about completing the entire run, instead focusing on just completing the next kilometre, although I will admit that my pride took a hit when I was passed by people wearing fancy dress. Thankfully after finishing, I had the chance to nap before we went out to celebrate and it was brilliant being able to share my day with great friends.

I’d strongly recommend signing up to do the Bilbao Night marathon with RAG. I’ll never forget the feeling of running into the Amsterdam Olympic stadium to the sound of ‘Gonna Fly Now’ from Rocky and I know that a night running through the streets of Bilbao next year with music in your ears will be one to remember. If you’re interested in finding more about joining the LSESU RAG team for the 2018 Bilbao Night Marathon please email su.rag@lse.ac.uk. 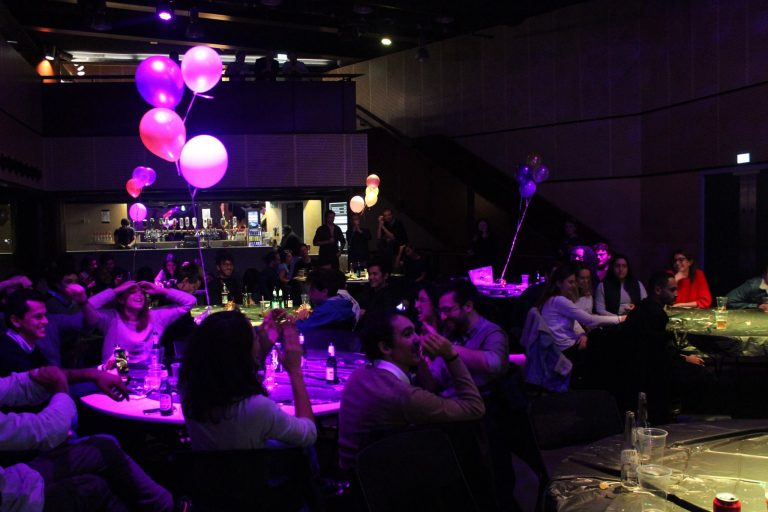 My Summer: Trekking to Machu Picchu for Action Against Hunger!