In early January 2021, Sam Crutcher, then a second-year social policy student, introduced an SU referendum motion proposing the creation of a part-time Neurodivergent Students’ Officer. The election was held, and the motion passed. In March, Crutcher ran for the position and without any other contestant to challenge him, claimed his title with pride and absolute elation.

So, what is neurodiversity and why should we care about it? As the first-ever Neurodivergent Students’ Officer at the SU, Crutcher is confronted by these questions on a regular basis. In fact, when this interview was first proposed at one of Features’ weekly meetings, an uneasy silence fell between us. Perhaps, rather shamefully, most of us didn’t fully comprehend what the term entailed.

To Crutcher, this ignorance and apathy around the subject is exactly the reason why he wishes to dedicate himself to neurodiversity activism at LSE and beyond. As he told his audience during hustings this year, he wanted to “stick a dynamite under LSE’s neurotypical ignorance and blow a hole in people’s idea of what neurodiversity is”, calling for overdue solidarity on the issue.

Neurodiversity is an umbrella term that characterises neurological differences and disabilities across the human race, including ADHD, autism, and dyslexia. Just like the fluidity of sexual orientation or gender identity, neurological capacity too forms a spectrum. Therefore, Crutcher believes that labelling people as either “neurotypical” or “neuroatypical” based solely on a diagnosis would make very little sense. A diagnosis is an arbitrary and narrow measure of one’s neurological eccentricities; Crutcher explains that everyone deep down has the potential to be diagnosed. Therefore, it “shouldn’t be [only] until you see someone’s diagnosis that you start to think differently” about their character, giving them the benefit of the doubt. In his words, “Everyone is neurodiverse, [so] everyone should be behind this movement”.

It is frankly difficult not to feel affected by Crutcher’s compassionate view of the world, where every human being is seen as “uniquely beautiful and beautifully unique”, with their own endearing quirks and eccentricities. He believes neurodiversity is the “key intersection that unifies everybody”. In his opinion, taking a different perspective and seeing people as having a spectrum of differing neurological capacities has its benefits, encouraging us to broaden our minds and cultivate more patience and understanding for our fellow humans.

Recently, Crutcher has been involved in the process of promoting key terminologies within neurodiversity. In particular, he is developing the term “neurophobia”, with the aim to draw attention to the ways in which society discriminates on the basis of neurological differences which, in his opinion, is an attribute no less arbitrary than one’s hair colour. It seems to him therefore problematic that people would be judged on the ways in which their brain activity and processing works.

Indeed, Crutcher emphasises the importance of tolerance on multiple occasions. Since a lot of neurological abnormalities actually go undiagnosed, there is in fact a sizable “latent neurodivergent community”, who potentially need support and yet do not even know they need it themselves. Many people will have lived with their conditions for decades, not knowing the reason for their struggle, until they receive their diagnoses somewhere down the line, often in adulthood. In particular, women are routinely and systematically under-diagnosed.

But truly, neurodiversity is a “gift” – Crutcher cannot have a conversation about neurodiversity without mentioning the countless household names, all of those who have struggled with their neurodivergence yet have been able to succeed in their respective fields: Steve Jobs, Alan Turing, Albert Einstein, Charles Darwin… The list goes on and on and Crutcher beams with pride. Neurodivergence, in his opinion, should never be viewed as a debilitating disability or an impediment. These neurological differences make the world a more stimulating and enriching place, with individuals contributing in their distinctive ways to the greater good. Neurodiversity allows humanity to explore an array of different possibilities, ways of thinking, and perspectives – ultimately, it gives us each a uniquely interesting lens as we grapple with the questions that life throws at us.

For Crutcher, neurodiversity has become not only the passion of his life, but has also formed the missing piece of the puzzle to his identity that he didn’t know he was looking for. For 19 years of his life, he struggled with the constant malice of being misunderstood by his teachers and peers. Before receiving his official diagnoses, the lack of empathy and understanding over the course of his schooling had been a splash of fuel that fed his growing fire of self-doubt and mental turmoil. He spent 19 years living and being treated as a neurotypical individual in a society designed for neurotypical people, unaware of his neuro-differences, his Borderline Personality Disorder (BPD) or Autism Spectrum Disorder (ASD).

Crutcher’s mental health slipped to the bottom of the pit in 2017. It was the year when he jumped off a 35-meter-high cliff and sustained a severe brain injury that continues to trouble him to this day. What makes him indignant is the fact that society seems to need ostensible proof of your in-fact invisible disability to be willing to grant you the respect, support and understanding that everyone is entitled to. It took a despairing leap to make people realise that he needed help.

Despite the adversity life has thrown at him, Crutcher remains optimistic. When his world dulls down with the daunting academic pressure of LSE and his personal struggles, his activism is where he derives his sense of purpose. When asked why raising awareness for neurodiversity is particularly important at LSE, Crutcher gave his answer in two folds.

Firstly, LSE is an internationally renowned institution, with many of our alumni becoming world leaders in their respective fields. It is an excellent place, in Crutcher’s opinion, to advertise the value of inclusion and tolerance. Considering that for the majority of students, their years at university are going to be one of the most transformative periods in their lives, “their experience in education [is likely to] define their outlook”, determining how they think and behave. This would then allow more people to bring the principles of universal compassion beyond LSE and into the future.

Secondly, LSE students might be especially vulnerable because of our “fragmented” sense of community as a city university. “Students don’t really know each other and don’t really want to know each other”, says Crutcher. At such a fast paced, pressure cooker of an institution with little sense of community, “it is very easy to feel anonymous and atomised” on campus and it is also very easy “to slip through the cracks” in terms of self-esteem. With more visibility and understanding around the matter, Crutcher hopes to “fill the void of neurodiverse representation” and cultivate a more inclusive and accommodating environment for everyone who could potentially be struggling.

Crutcher came to LSE for the first time to study PPE in 2018. In his words, the experience “was a disaster in so many respects”. He was thrown onto a campus designed for ‘neurotypical’ students and into classrooms where teachers did not fully appreciate the implications of being a ‘neuroatypical’ student at LSE. His struggle was “multifaceted”, but his main source of anxiety and pressure came from the “disrespect”. He had fellow students dismissing him as “rude”, “weird”, and even “insufferable”. Teachers would be surprised about how he acted in class. All of which contributed to his decision to take a year out, away from the hectic and rather alienating student life at LSE.

When he came back a year later, “things got better”, since he was better equipped for a neurotypical campus. That said, towards the end of his first year, he realised that there still needed to be more visibility, representation, and discussion on campus. He wanted to speak up about his personal experiences in the most honest way possible with the wish to validate other people who might be on the same boat.

Crutcher’s ambition goes further than simply speaking up. He has also organised roundtable discussions with fellow students as well as professors who are devoted to reforming the current “one-size-fits-all” mode of assessment at LSE. Crutcher believes that we all have the right to be assessed according to our needs to reflect our true potential, citing the large number of people who identify as neurotypical but still struggle with timed exams. It seems to him indisputable that our intellectual understanding of the subject should be the primary assessment criteria, rather than one’s time-management abilities. Crutcher thinks the issue involves more than just determining who is eligible for extra time. He says that it’s also about restructuring assessments, and designing creative and more inclusive ways of examining students, such as projects, coursework and presentations, dismantling the rigidity of traditional in-person timed exams.

With the start of this academic year, Crutcher is aiming to raise more awareness, wishing to “make 2022 the year LSE embraces neurodiversity”. He has already helped Headway, the brain injury survivor charity that helped Crutcher himself, get named LSESU RAG’s charity of the year, becoming a significant recipient of RAG funding. He’s looking to put together a range of bigger events during neurodiversity week involving high-profile individuals. He hopes that, as the campaign becomes more successful, fewer people will be puzzled by the term neurodiversity and more will have the courage to come forward to talk about their struggle. And with time, with increasing numbers pushing for change, LSE will become a friendlier and more accommodating place to study, for every “uniquely beautiful and beautifully unique” individual. 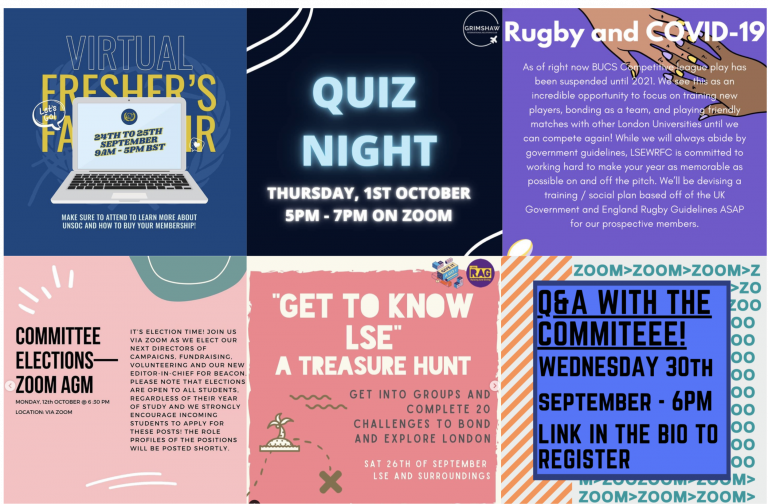 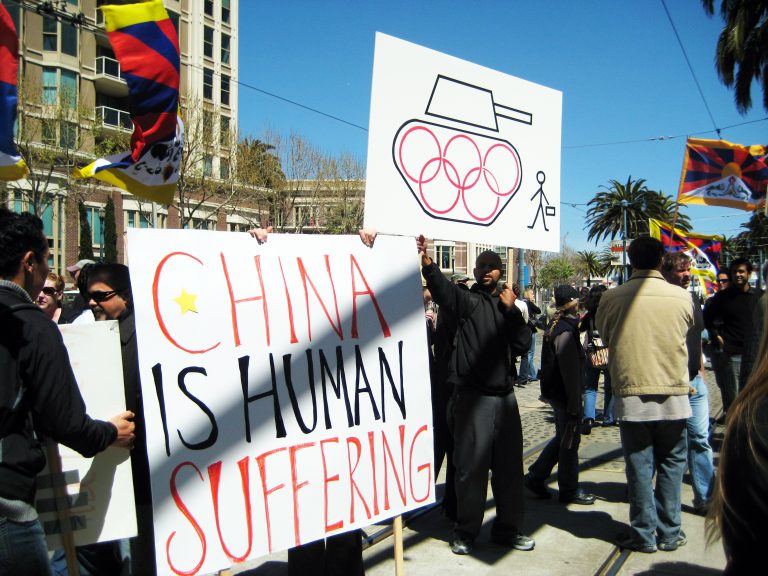 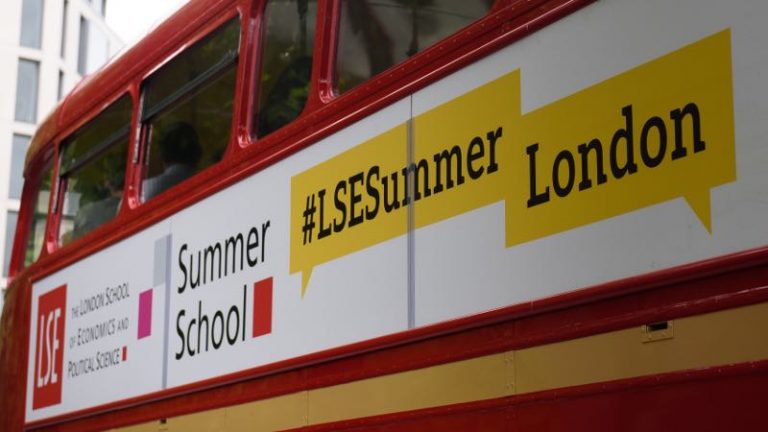