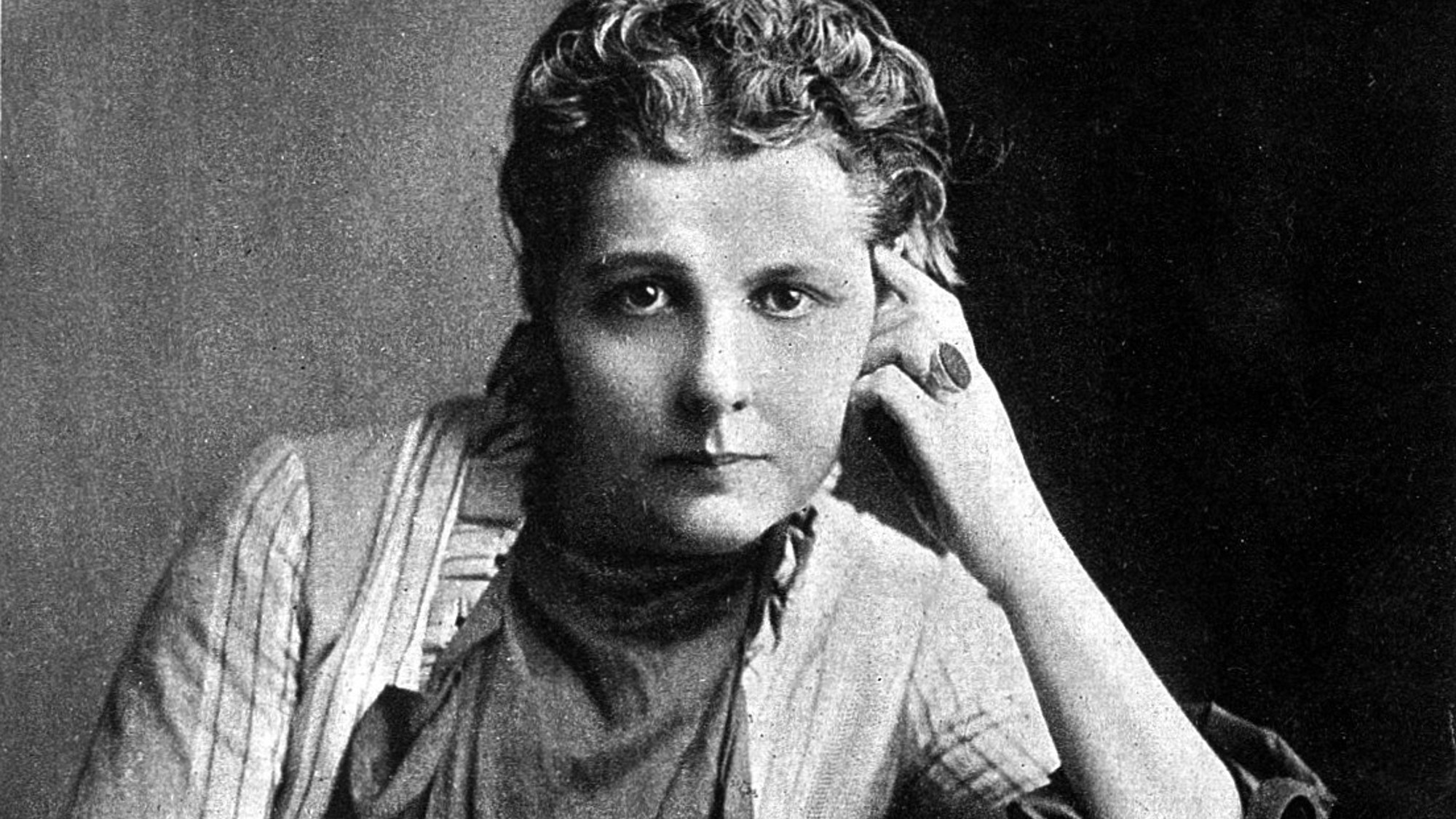 Why all non-religious LSE societies should be secular

1832: Lewis Carroll is born, Charles Darwin arrives in South America for the first time, the Egyptians seize control of the coastal city of Acre from the Ottoman Empire, and in the small town of Ashfield, Massachusetts a physician by the name of Charles Knowlton publishes a small pamphlet titled: The Fruits of Philosophy, or the Private Companion of Young Married People.

This frivolously titled pamphlet was an obscure publication that went into the details of contraception and birth control. At the time, the pamphlet was banned in the United States and Knowlton was prosecuted for blasphemy.

Besant and Bradlaugh set up their own publishing company and began circulation of the pamphlet: a pamphlet rooted in, what was at the time, up-to-date medical fact known to many practitioners. The pamphlet also cost only sixpence, making it easy for the common individual to gain access to the information.

These efforts, however, were extremely short-lived as Bradlaugh and Besant were arrested for violating the 1857 Obscene Publications Act and put to trial at the Old Bailey.

This whole ordeal showed people that the state’s definition of morality should not extend to what can or cannot be published.

Charles Bradlaugh was a founding member of the National Secular Society and a trailblazing force in Parliament. However he was constantly arguing for his acquittal on charges of blasphemy, sedition and obscenity.

Annie Besant was an equally iconoclastic individual, who was not only heavily involved with promoting the idea of secularism but also famously part of the London matchgirls strike of 1888, which helped hundreds of women secure better pay and  working conditions in match-factories. She also lead the Fabian Society, the same organization that helped establish the LSE.

Now, nearly 144 years after Bradlaugh and Besant fought to ensure that free speech be upheld and that bodies of governance never use their authority to decide what is moral or immoral, I pose the question: should we mandate that non-religious student societies at the LSE be secular?

Would someone like Besant, who had close links to the founding members of this school, want non-religious societies to be secular? And would she be content with the way they currently operate?

These questions are particularly relevant to national and cultural societies. It becomes extremely dangerous when cultural societies, not founded on any religious grounds, equate the cultural identity of their members with a religious identity, and translate this interpretation to the events and activities they hold.

To make non-religious societies secular does not mean barring the idea of being religious in these societies. In fact, it professes that people are free to be as religious or non-religious as they choose.

However, to make events specifically catered to people of a particular religion can be dangerously close to stating that people outside of that religion are unwelcome. It is akin to imposing a certain definition of religious morality upon members.

To make certain events non-drinking simply because of religious beliefs or to ensure that people of opposite genders do not mix is to enforce arbitrary rules based on an arbitrary form of morality that is only relevant to specific individuals. This makes the purpose of some societies extremely misleading.

If we were to make events that made it compulsory to drink, or events that made it obligatory for opposite genders to mix, it would be equally restrictive. Both cases remove the agency of choice from the individual, both cases end up pushing a specific agenda, making it hard for people who don’t agree with that agenda to integrate within the society.

There are however, cases in which ‘morality’ should be imposed. I’m sure all of us agree with the idea that it is immoral to steal or to treat someone unfairly. When I say morality, I allude to where the moral nuances start to appear between people, specifically the nuances that stem from religious differences.

Cultural and national societies are a key part of the LSE, they not only bring together people who identify with each society’s respective nationality, but also people outside of that nationality who want to learn about it. These societies exist as a platform on which a microcosm of each society’s culture is offered for everyone to learn from and experience themselves. In a sense, they seek to represent of the diverse peoples that are a part of that culture.

If we start pushing the idea that certain cultural societies are associated with a certain religion through the events we hold, it then automatically ceases to be that microcosm, because it fails to entertain the idea that there exist individuals within that culture dissociated from that religion.

As the Development Officer of the LSESU Pakistan Society and the Treasurer of the LSESU South Asia Society, being a part of two cultural societies makes this an ever-relevant issue for me. Through these roles I ensure the events we hold emanate an atmosphere of inclusivity, and that there is no imposition of one person’s religious beliefs upon another. Does that make me less religious? Not at all.

For me, being extremely cultural does not mean that I have to be less religious, and vice-versa. This is something that I think should be stressed to committee members of national and cultural societies, particularly those that are deeply religious and at times internally conflicted as to whether they should extend that religiosity throughout the society or not.

Many people mischaracterise secularism as equivalent to atheism. Although many prominent secularists have been atheists, the two are not the same. Secularism promotes the idea of being free to choose whether you are religious or non-religious and the idea that all religions are freely practiced, with none being overly emphasized. I think it is this duality of secularism, the idea that you can be an atheist or a devout priest and still be secular, that does not sit well with people, particularly the more pious of us, perhaps.

Secularism is akin to equality, to making sure that while someone may not have the same religious beliefs, they are still welcome to communicate and interact and with in a setting where they do not feel as if your definition of morality is being imposed on them.

A common argument put forward by proponents of theocratic states, who might be the perfect antithesis to secularism, is that a theocracy does not attempt to impede upon the right of religious minorities to choose whether they agree with the state’s definition of morality or not. However, it does impede upon the right of the religious majority to choose. It is not easy to openly denounce your religion within a theocracy and still be equally embraced by the community.

This is why, by the same logic, non-religious societies cannot reconcile being theocratic and inclusive at the same time.

I know it is hard to make sure that your religious beliefs are not implicitly imposed on others that do not subscribe to them. The idea of religious and cultural identity is also, at times, very heavily intertwined. It is because of this entanglement that some mistake one for the other. My identity is one that stems both from religion and culture, and at times it can become hard to distinguish the two. However, that does not mean that there ever exists a situation where the two are one and the same. For your religious and cultural identity to be the same, it must be that every single individual who subscribes to the culture also subscribes to the religion, or that all cultural identities must somehow have a religious identity as their counterpart. Thus subscribing to a religious identity can never be a perfect substitute for subscribing to a cultural identity.

The question, “should non-religious student societies be secular?”, remains a difficult one. It is not hard because the answer is not binary, but rather because what answering “yes” means is heavily contested.

To some, answering yes is a direct encroachment on their ability to practice their religious beliefs fully. While to the more pious, it is the term secular itself that evokes a sense of disdain and disgust, akin to labelling ourselves as ‘atheists.’ (God forbid we ever do that!)

Whether it is the technicalities of the word, or the misconceptions people might have of its definition, I frankly couldn’t care less what it is called.

I am more than happy for non-religious student societies to adopt the practices I proposed here without adopting the term “secular” itself. As long as this still means that we start becoming unselfish. As long as it means realising that although some would like it to be so, our definition of morality that stems from religion should never be imposed upon someone else’s. Our definition of morality should always remain something that is a part of only our own identity, not to be forced on someone else unwillingly.

After all, if a country like Pakistan, perhaps the complete opposite of a secularist state, can have a building in the city of Lahore named after Charles Bradlaugh, I’m sure we can safeguard the secularism of student societies.