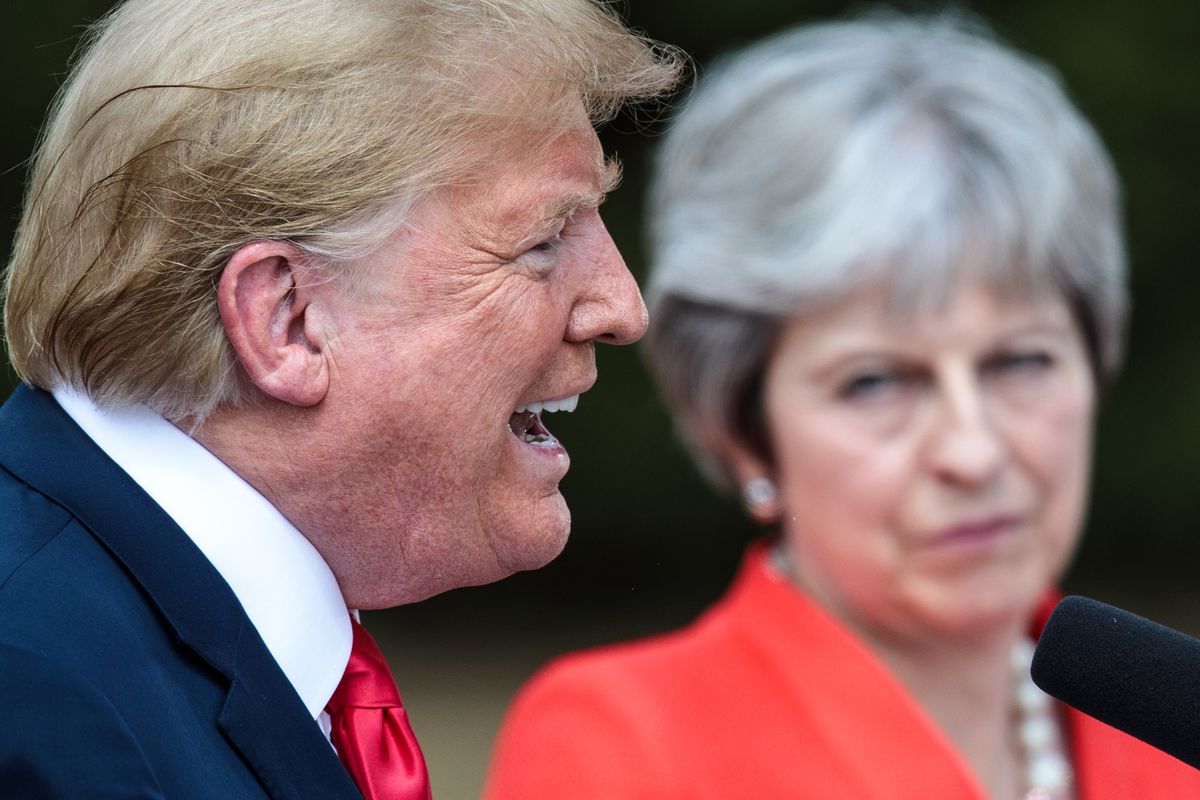 We don’t have time for this

From Trump’s shutdown to the Brexit fiasco, self-inflicted crises are occupying government attention when very real ones are looming

Last month, just over two years after the political bombshells of the Brexit decision and Trump’s election, the consequences of both electoral events crystallised in almost symmetrical unison, with governments on either side of the Atlantic locked in implacable impasse.

In Washington, the federal government shutdown became the longest in US history before relenting last month. However the resolution only provides a temporary reprieve and Trump could once again mire the country over funding for the wall he sees as the central promise to his supporters.

In Westminster, after her Brexit deal suffered a historic defeat in the Commons, Theresa May has taken to trashing the terms of the agreement her own government negotiated, and while Parliament agreed last Tuesday that a “no-deal” Brexit should be avoided, it provided no alternatives. Instead Parliament instructed the government to remove the Irish backstop, something the EU has repeatedly ruled out.

Both cases represent self-inflicted crises predicated on the imagined menace of migration.

Trump maintains the necessity of the wall to protect against hordes at the southern border. If he admitted more efficacious ways to police the border exist, the country could move on to strengthening actual border security and addressing the real migration issue of the day: the legal jeopardy of almost 700,000 DACA recipients.

May’s obsession with ending free movement is the blockage at the heart of Brexit gridlock. If she relented, a more consensual withdrawal deal — like a Norway-plus option — would easily enjoy cross-party support, and the nation could move on.

Although these crises originate from an imaginary source, the political rapids that flow forth nonetheless demand navigation: a decision between following through or choosing a new direction. Neither are forthcoming.

Congressional Republicans refuse to spend the requisite political capital to deliver the wall because they know it to be a colossal waste of money that would fail on its own terms. Even enthusiastic Brexit supporters in Parliament cannot come to an agreement on the nature of Britain’s exit from the European Union because the Leave campaign’s promises, reinforced by May’s red lines, are irreconcilable.

Both America and Britain are textbook examples of what happens when politicians win “mandates” laden with lies, false dawns and undeliverable promises: political paralysis. While governments are incapacitated by confected crises, very real ones are reaching fever pitch outside the Beltway and Whitehall.

In the US, opioid deaths have surpassed car crashes as a leading cause of preventable deaths, while gun deaths have reached a record high. These are both contributors to the alarming reduction in US life expectancy, the longest decline since World War I.

In the UK, 36 people become homeless every day, while the deaths of homeless people have risen every year since 2014, including two deaths outside of Parliament last year. Readers of this paper will recognise the buildup of tent settlements around London, part of the wider impact of austerity policies which have caused “misery”, according to the UN special rapporteur on extreme poverty. Pointing to “staggering” levels of child poverty, 1.5 million reduced to destitution, and the disastrous universal credit rollout, Philip Alston’s report found that the Conservative government was in denial over the grim impact of its policies.

Beyond the domestic, frightening developments are profuse, from the continued surge in authoritarian populism, seen most recently in Brazil, to record highs of measles cases in Europe, with the WHO declaring anti-vaxxers a top threat to global health in 2019. The increasing prominence of artificial intelligence is made apparent with every Facebook data breach or algorithm update, but no government is seriously preparing for the impact it portends for employment, despite an Oxford University study finding that 47% of jobs could be automated within two decades.

The largest issue of our time though is climate change. The UN’s IPCC report last October brought into stark relief the challenge the planet faces when it warned just 12 years remain to prevent global temperatures rising above the 2°C target that would augur climate catastrophe. To do so, we need to reduce carbon emissions to net zero by the middle of the century and likely need to go further, actively removing carbon from the atmosphere. To achieve this will require “urgent and unprecedented” action, for which the closest analogy might be the industrial mobilisation to develop a nuclear weapon before Nazi Germany in World War II.

As Oxford economics professor Dieter Helm points out, it will take extraordinary international cooperation for China, India and African nations to sacrifice the rapid growth enabled by fossil fuels, and immense political effort to convince consumers that humans are “living beyond our means”. Far from the monumental diplomatic and policy endeavour necessary, the US and UK are occupied in endless insular struggles over self-defeating solutions to fictitious problems.

12 years is just three presidential terms. Save for congressional intervention, Trump will be president for at least two years of the 12. Hope and pray it isn’t six. Regardless of whether Parliament can agree a deal with the EU, or whether Britain crashes out without one, Brexit Day on 29 March is — I’m sorry, exhausted readers — only the beginning. The former UK ambassador to the EU warned the consensus among the EU27 is that any free trade agreement with the UK is unlikely to be ratified until the mid-2020s. By then, there may only be a few of the 12 years left.

Put simply: we don’t have time for this.