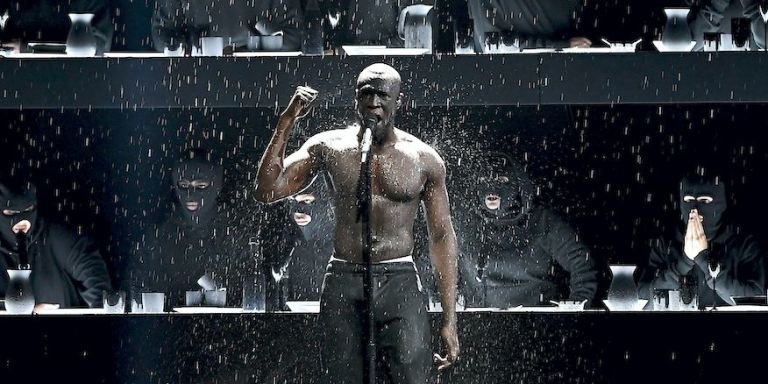 Why we shouldn’t neglect activism through art

Last week, Stormzy broke Twitter (and shook many other forms of media) when he used his platform at the Brit Awards to talk about politics. “Theresa May, where’s the money for Grenfell?”, he asked, “Did you think we just forgot about Grenfell?”. Unsurprisingly, people went mad for this unashamed, uncensored display of political angst, but what may not be as blatant is the fact that Stormzy’s performance was symbolic of so much more.
Surprising and strange though it may seem, there is something incredibly special that unites Bob Dylan, Ken Loach, Sam Cooke, Verdi, Picasso and Stormzy. They are all artists who used their talents and platforms to talk about things so much bigger and more significant than themselves. They all made active choices to highlight social issues, to bring political discussion into the limelight, and to blur the boundaries between the artistic and the political.

Politics isn’t just about knocking doors, policy papers and, ultimately, arguing with one another. It can (and should) be about so much more than that. Take Picasso’s ‘Guernica’, a piece of art that is remembered as being one the most overtly political, anti-war artistic statements of all time. Art historian, Patricia Failing, aptly noted that ‘Guernica’ “seemed to provide a bridge between what were considered by some to be antithetical poles: the idea of making an effective political platform and an effective artistic statement” and provided a “third space” between the political and the artistic. Or take Guiseppe Verdi, the Italian composer whose compositions provided a political soundtrack to Italy’s unification. Or take Ken Loach, one of the first filmmakers to scrutinise society through film, shining a light on issues like homelessness and poverty and influencing real social change. The list of artistic activists goes on and on, spanning across centuries, nations, art forms and genres.

In thinking about political art, history tells us all we need to know. We need look no further than the African-American Civil Rights movement to find examples of some of the world’s most influential and inspirational political art. Artists like Sam Cooke, Billie Holiday and Nina Simone recognised that music had to be at the forefront of political protest, not just in order to amplify the fundamental message of freedom but to lift morale and to unite activists. Music psychology has taught us that music, and art as a whole, can have incredible effects on the brain, prompting the release of neurochemicals and having the ability to make the human body feel. This is exactly why it has been utilised as a weapon of protest, because art can reach beyond the limits of a manifesto or a leaflet. It has the power to do so much more. When Billie Holiday sang so explicitly about “black bodies swinging in the southern breeze”, it was blacklisted for being “too controversial”, too truthful. 1939 America, seeing a spark of what would eventually become one of the most significant political, social and civil revolutions in history, was frightened and intimidated by the power of this song and its moving lyrics. It witnessed how truly powerful art can be.

What we need to remember as a society is that art has a fundamental and deserving place in the political. Whether it’s a young man from Mississippi writing a civil rights anthem about a change that needed to come or a male voice choir in Wales using a hundred voices to speak out against worker exploitation, whether it’s a British fashion icon using the mini skirt to talk about female liberation or a man with a guitar singing about times they are a changin’, art is an important form of activism, and one to which we should be paying so much more attention. When a black man from South London gets up in front of millions of viewers and speaks out against the poverty and inequality that plagues our society, we must learn to appreciate not only the act itself but the giants of history upon whose shoulders he stands. And for those of us that call ourselves activists, we must remember that activism comes in so many forms, and art is one that we must not neglect.

PrevPreviousAn interview with the LSE graffiti artist
NextozzieNext
On Key