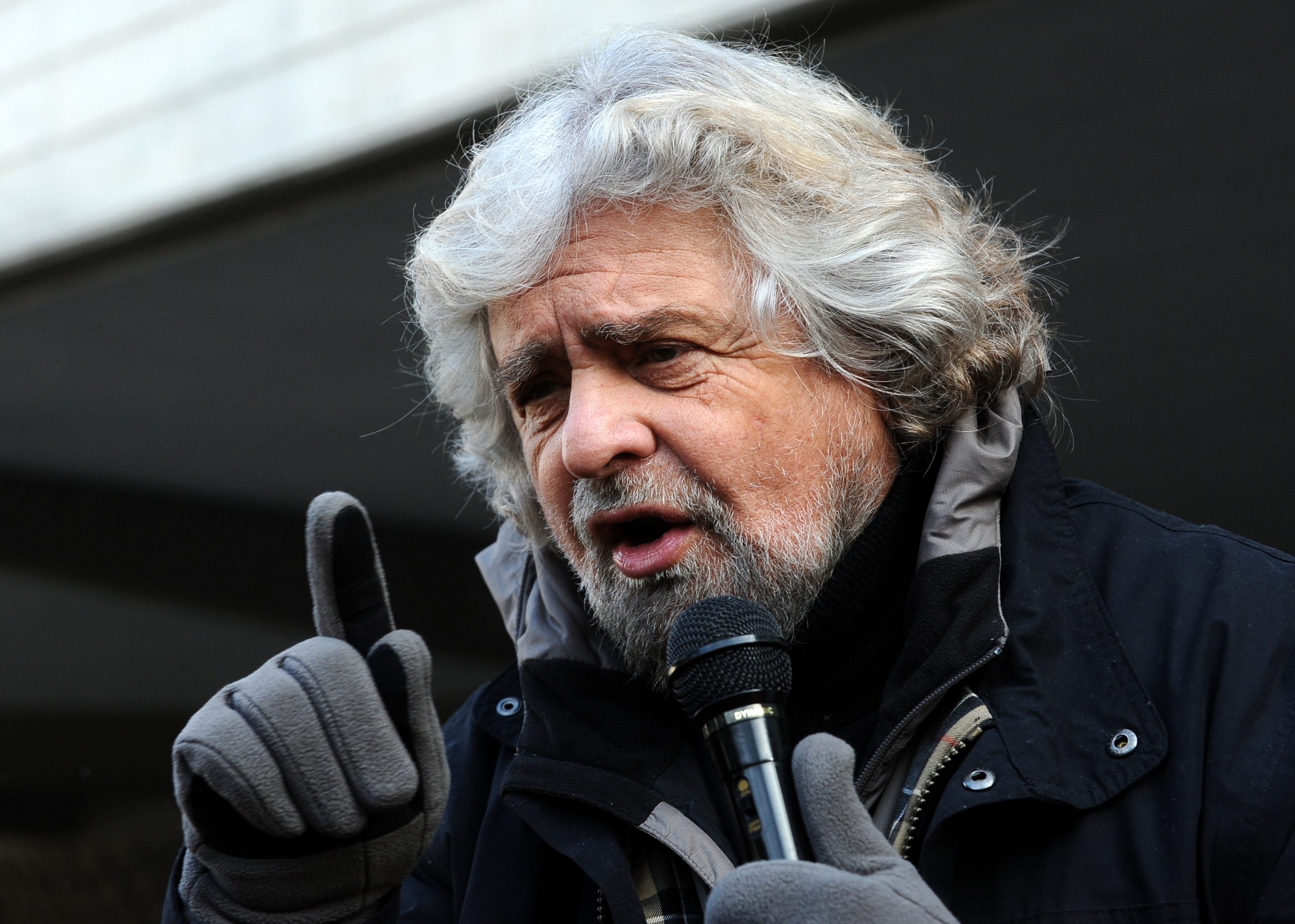 A Silly Story and the Resurgence of Fascism: We Must Be Ready to Fight Back

If, by any chance, you have already met me, you will know I only talk about two things: football and politics.

Ok, maybe that is a bit of an exaggeration; but I want to keep it short and go straight to the point, despite the (unsurprisingly) weird starting point to this article.

During the last weekend, my dearly beloved local football side, Serie B-team Ternana, were all over the news in both national and international media. Literally, no joke. And for all the wrong reasons.

It all began when the team manager, Mr. Sandro Pochesci, decided to verbally attack the Italian National Team and the whole Italian football system during the usual Friday pre-game press conference, after the Azzurri’s defeat to Sweden in the first leg of the World Cup Playoffs.

Mr. Pochesci is not new to audacious (and sometimes ill-advised) statements: it is part of his character and persona. Still, without wanting to make too big of a deal out of it, deep down I felt like a line was crossed. And it never should have been.

He referred to the Italy team as “a team of refugees” (“una squadra di profughi”), who were “beaten (phisically, ed) by the Swedish” (“ci siamo fatti pure menare”). “We once used to beat the others, and now we get beaten by the others. This is because of how many foreigners we have in our teams: there are no more Italians who are good at it. […] We need to change the rules: enough with foreigners, this is the Italian League”.

I believe it is quite clear that the content and form of these statements are very, profoundly wrong. As a matter of fact, Mr. Pochesci promptly apologized a few hours later. Still, a bit of context is needed and facts will provide it. The new owners of the club, “Università Unicusano Telematica Roma”, have implemented quite a strict policy: only Italians can play for the team. Both the owner and president of Ternana Unicusano have short stints in center-right and right-wing politics in their pasts.

As I link all of this to way more serious things, I want to immediately point out that I am not saying or arguing that what Mr. Pochesci said is “fascist” (since you will have already read the word “fascism” in the title). Despite being annoyed by this episode, I still believe it was just an awkward case of open-mic clumsiness. Yet, public exposure and the media do empower you, like it or not.

Indeed, what really bothered me were the hundreds of thousands (again, literally) of views, shares, retweets and the scenes of jubilation in the comments all over the internet. Mr. Pochesci was hailed by a huge number of people as a proud Italian who spoke the truth – even within the traditionally far-left and inclusive fanbase of Ternana -; and not only with regards to football.

In the common public understanding of what went on, there is a strong nationalistic and, for some, even openly xenophobic connotation to those words. And, guess what? To no one’s surprise, Lega Nord (the Northern League) took the chance to capitalize on this from a political standpoint, as usual. Its leader, Matteo Salvini, commented on Facebook: “I like this manager!”. The local party in Terni, an industrial town which is a traditional stronghold for the left, launched a social media campaign with the hashtag #IoStoConPochesci (“#IStandByPochesci”).

It was hugely successful and extremely popular.

The 2018 Italian elections are just a few months away from us, and all of this scares the hell out of me. For such a silly, boring fact to become an effective indicator of the deep-seated senses of frustration, dissatisfaction, anger, racism, xenophobia and fear in “our” society it is, in my opinion, deeply worrying. It is nothing new, but there is a well-established worldwide trend: the resurgence of the far right and its principles.

When it comes to Italy, amongst the divisions of the left and the electoral failures of the Democratic Party (PD), the Five Star Movement (M5S) or a united center-right coalition are currently projected to win. Front National challenged En Marche until the very end in the French presidential election, and made huge gains in terms of popular consensus. A UKIP-lead campaign resulted in Brexit. AFD is on the rise in Germany. Orban. Kurz. Babiš. And many others.

Despite all of their substantial and exterior differences, these parties and political leaders share a few fundamental political principles. Is it because of ideology, or is it just for the sake of political gains? In some instances, this question is still up for grabs. Yet, this is not only about electoral successes and high-level politics. There are many more extreme far-right social and political movements in the world, such as Britain First or the now emerging openly neo-fascist (and theoretically unconstitutional, but not according to a number of sentences) party Casa-Pound in Italy. But the real point is: the tension is palpable. Back home, I can feel it in the streets. And I know it is not a unique experience.

If anyone told us, history books included, that fascism died post-WW2, they straight-up lied. In fact, its core ideas have been alive and well and are now resurging with ever-changing appearances, sneaking within our societies. And I couldn’t help but link all of these awful thoughts to the contemporary march of the 60000 in Warsaw and the Mordor-like sceneries in videos and pictures, amidst nationalist, with-supremacist, anti-semitic chants and vessels. “Proud patriots” was the definition adopted by the Polish state tv.

Albeit my opening anecdote was quite insignificant, it still highlighted distressing tendencies. “We” – those who want to defend the values of multiculturalism, inclusivity, openness and tolerance – now need to be aware that history is happening. “It looks like we are going back to the Thirties”, a politician in Italy said recently. It is thus imperative that we keep our eyes wide open and are ready to counter the resurgence of fascism, while participating through politics in a process of necessary redistribution of the goods of globalization.