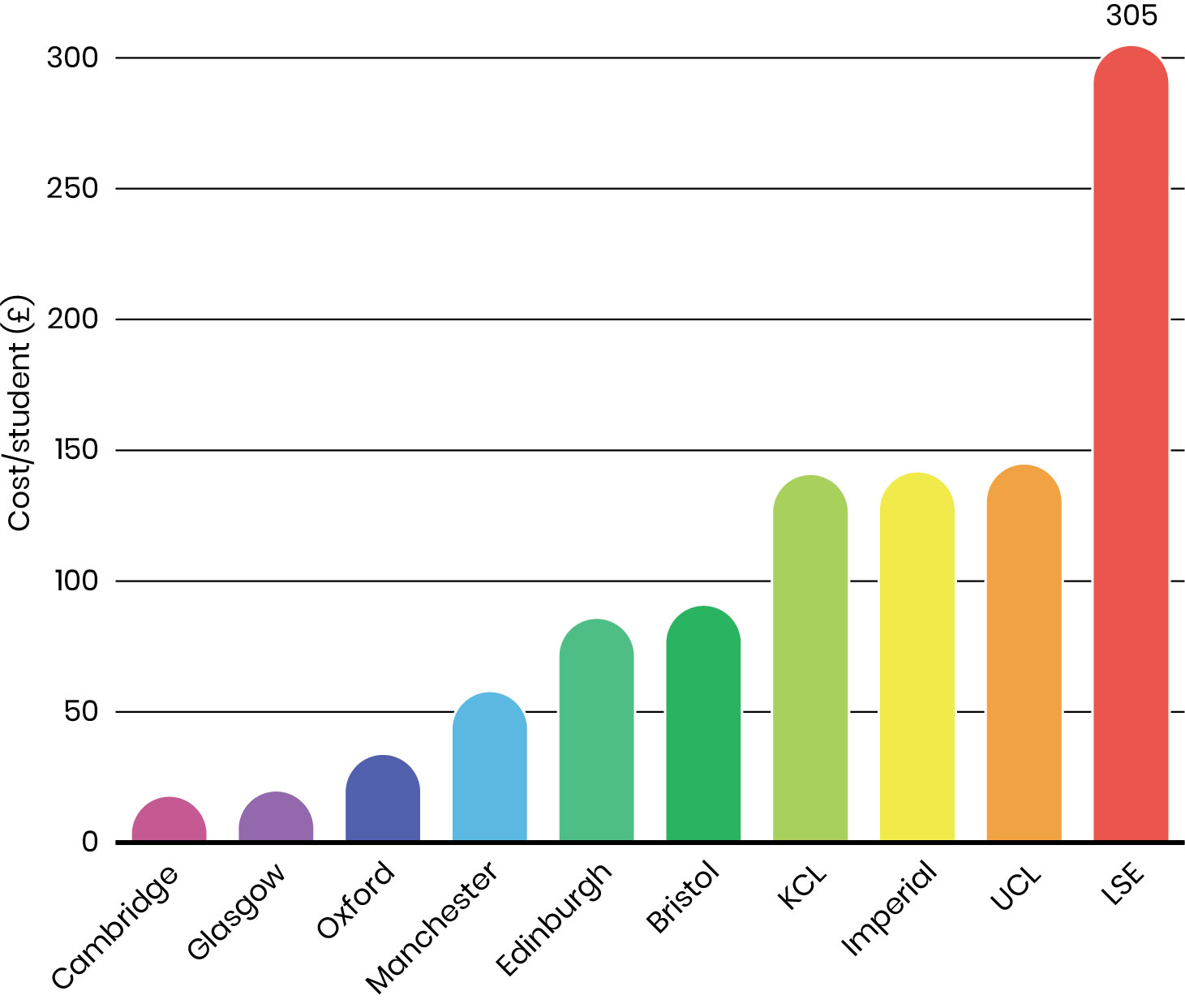 The LSE Students’ Union, soon to celebrate their 120th anniversary, claim on their website to be “run by LSE students, for LSE students”. However this is rarely the perception of the students they purport to represent. Whether it is the Union’s failure to make repayments to students on time, their unethical reneging on commitments to pay new part-time sabbatical officers, or their failures to increase participation, it is beset by problems. The Union is extremely costly to students and repays this with dire inefficiency, a concerning lack of transparency and little democratic accountability to the students it is meant to serve.

The Union’s own study found that a mere 37% of students claimed to be proud of being a member of the SU and acknowledged that it was considered “polarising”. The LSE SU, and its leadership, must now be held to account.

The Union appears to make little attempt to be transparent in how it uses the student money it receives. This sum is not insubstantial with a grant from LSE of £2,711,892 in 2015/16 – equivalent to £305 per student. How they spend this money is hidden with the SU ceasing to publish their accounts on their website post 2013/14. The LSE SU makes little effort to raise awareness of the fact that they employ 44 permanent members of staff, including a Chief Executive earning £65,000-70,000 (the SU do not disclose the exact figure) whilst only serving part-time at the LSE SU (they also hold the same role at the University of the Arts SU). The proportion of this salary paid by the LSE SU is not disclosed.

Democratic accountability at the Students’ Union seems to be held in little regard and they have made no apparent effort to improve participation rates. The turnout of just two students to the first UGM of the year bears witness to this, as does the Michaelmas Term hustings which attracted fewer attendees (including nominees) than there were candidates standing. This is symptomatic of the Union, and whilst such examples may be dismissed as trivial by students, the same cannot be said of the actions of the secretive LSE SU Trustee Board to vote for a 12.5% average pay increase for full-time staff. Four out of the eight members of the Trustee Board (including the Chairman), as full-time employees of the SU, gained an average 12% pay rise as a result of this decision. The SU do not publish the minutes of Trustee Board meetings, nor have they published any justification for such a steep pay rise.

Some may claim that this degree of inefficiency is part-and-parcel of Student Union bodies. However, comparison with other Unions shows this not to be the case. The results instead are quite shocking, showing the LSE SU to be over-staffed and a wasteful user of student money.

In a comparison with the Students’ Unions’ of the ‘The Times Top 10 UK Universities 2018’, LSE SU was found to have over twice the number of permanent members of staff per 1000 students than average. The opacity of the SU makes it difficult to discover what these staff actually do. However, what is certain is their high costs. Whilst the total costs of our five elected officials is £131,865, this makes up only 7% of the total staff costs of £1,703,865.

This helps to explain the most worrying issue of all; that the LSE SU is found to cost students almost three times as much as the average Students’ Union (£305/student compared to £104/student). There appears to be no justification for this exorbitant cost to students. Is it plausible to suggest that the LSE SU provides services to students three times as valuable as those provided by other unions?

It is apparent that the LSE SU is an organisation stifled by inefficiency whilst transparency and accountability are at rock bottom. The General Secretary, commanding overall responsibility for the SU, must hold up his hands to these failures and commit to resolve them. He must make the LSE SU a more transparent organisation, improve participation through creating a system of accountability and start to provide students with value for money. If he fails to commit to making the significant structural changes that the LSE SU requires, students – as members of the Union – may be wise to vote with their feet.

The Education Act 1994 states that students “should have the right not to be a member of the union… [and] should not be unfairly disadvantaged, with regard to the provision of services or otherwise, by reason of their having done so”. In the face of decreasing membership the SU would surely be forced to reform or receive cuts to its grant from the LSE.

Student apathy towards the Union can no longer be considered harmless. The result of this apathy has been the development of a so-called ‘representative body’ that panders only to the interests of its officers and ‘inner circle’. LSE students must once again show an interest in their community and demand better from their Union.

PrevPreviousA Silly Story and the Resurgence of Fascism: We Must Be Ready to Fight Back
NextWhat about the guys?Next
On Key