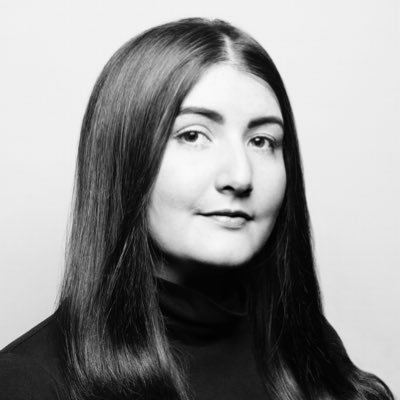 When Suyin Haynes started at LSE, she didn’t see herself as the type to become a journalist. Graduating in 2016 with a BSc in international relations and history, she started out as an intern with Time Magazine in London, later going on to become an Associate Editor, and then Senior Reporter at the Hong Kong bureau. This year, she became the new Editor-in-Chief of gal-dem, a media company dedicated to “sharing the perspectives of people of colour from marginalised genders”.

Founded by Liv Little in 2015, gal-dem started out as entirely volunteer-run, with Haynes contributing from the very start. Since then, it has transformed into an independent media company with full-time staff, a membership model, and an audience of around 330,000 unique visitors per day. “The transition from a voluntary group to a company is quite a big one, and it was amazing to watch this from afar,” Haynes said. “I think we owe so much to Liv Little and Charlie Brinkhurst-Cuff, my predecessor, the amazing brilliant women who’ve done so much because the work we’ve been doing has been pioneering.”

As an alumna of both LSE and The Beaver, Haynes recognises how difficult it can be to fit into both spaces. As a first-generation university student, Haynes “hadn’t even heard of LSE” at 16. “Studying history and IR, I really found my people towards the end of first year. But you know, it’s a very strange place. I remember hearing people talk about spring weeks in first year and wondering, ‘What is that? Should I be doing one?’ I just wanted to study and learn,” she laughs.

However, she didn’t really get involved with The Beaver until the end of her second year. “I had just been writing odd bits and pieces and the Executive Editor at the time invited me to stand for the elections as News Editor. I also got involved with gal-dem around the same time, in 2015. They were looking for sub-editors, and I wanted to do something more, something where I could cover underrepresented communities. My mum’s Malaysian Chinese and my dad’s white British, and I wanted to feel some kind of connection to POC spaces, which were quite limited on campus.”

Perhaps that’s why her work consistently focuses on the importance of telling the stories of marginalised groups. As News Editor at The Beaver, Haynes covered everything from the Occupy LSE movement to initiatives to address the attainment gap between BME and white students.

“I remember being really unsure because I hadn’t seen that these things were being covered that much. I guess it’s a bit corny, but I’ve always felt drawn to these issues, and now we’re in an environment where they can’t be ignored any longer and I think that’s good. When I think about gal-dem and The Beaver, and some of the things I was writing for both, those kinds of stories were also just not being covered in traditional, mainstream press at all.”

After interning at Time, Haynes found herself moving halfway around the world, quite unexpectedly. “At the end of it, I hadn’t really thought about what I was going to do. I just wanted to save up the money from it and maybe go travelling and do a post-uni gap year. And then my editor sat me down and said, “You know, have you ever thought about moving to Hong Kong? We have a job there that you’d be really good for.” I moved in early 2017, and in 2018, I did more reporting. So reporting from around the region – Taipei in Taiwan, Seoul in South Korea – and then other remote reporting on stories from Philippines and Indonesia as well with a focus on human rights issues. #MeToo was really blossoming in East Asia in particular, and it was such a privilege to work on my first big feature for Time on that.”

Moving back to London in 2019 as a senior reporter for Time, Haynes wrote about gender, culture, and underrepresented communities, covering issues ranging from the SARS protests in Nigeria, to feminist and LGBT movements in Russia. In an industry where it’s hard to create newsrooms that reflect and are interested in representing the diversity of human experience, Haynes has carved out a path for herself that challenges traditional ideas about what is and is not ‘newsworthy’. Journalism is not a very diverse industry, whether we discuss the world’s largest newsrooms or the ones on university campuses (Haynes describes The Beaver as not “super diverse historically” compared to its leadership now).

“I recognise the difficulty that people have getting into the industry, when parts of it are so conservative and toxic,” she said. “I think our role [at gal-dem] is to show that there are better ways forward. So much of the stuff that Charlie had initiated before me was really boundary-breaking. Having our style guide public and a sensitivity and inclusivity section within it, you know, thinking about how we speak about people who are trans, disabled, or facing challenges that we may not fully understand. How we talk about that in our coverage matters, and that’s important to us. We’re so proud to be the first byline for a lot of people, and we’re keen to train people and give them the opportunities to cover these issues.”

The importance of creating a sense of community amongst marginalised groups will underpin Haynes’ work as EIC at gal-dem in the coming months.

“Going forward, we really want to expand our membership plan because we want our community to feel a sense of ownership and that they’re contributing to gal-dem” she said. “We’re really excited to return to in-person events because they had been such a big part of what gal-dem did before the pandemic, in terms of creating safe spaces for black people and POC, as well as LGBTQ+ members of our community. However, we also want to take the lessons we’ve learned from the pandemic about accessibility and inclusivity through online events.” Part of this commitment to their readership includes bringing journalistic training to underrepresented groups across the country, through a series of workshops.

“We’re doing a series called Open Newsrooms, where we hold workshops with our editors for different organisations across the UK, working with different underrepresented groups. So we’ve got organisations in the West Midlands and the North. They all work with young people or people from underrepresented groups, and we’re going to be delivering these workshops to just try and make getting into the journalism industry a bit less scary and a bit more accessible. I think giving back that kind of community element is really important, especially for young, new and emerging writers.”

Her advice to students navigating LSE right now? “I think I’d say don’t panic, because you’ll find your feet and your people. Stay true to yourself and don’t be afraid to figure it out along the way. It can be a really intense place, but I think just focusing on yourself and your path in spite of the uncertainty.” 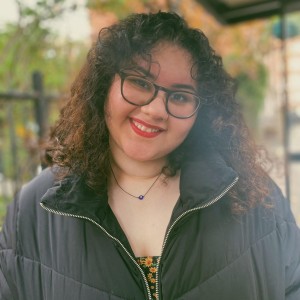