As the number of refugees leaving Syria continues to swell, political analysts are touting the Syrian War as the harbinger of one of the greatest refugee crises in human history since the Second World War. But this is arguably only just one of the pressing concerns facing the Assad regime, for another far more disturbing threat to the Syrian people is rankling. As more and more Syrians leave the country due to in-fighting and the divisive socio-political factions created by war, the sense of national unity in the country is quickly diminishing, and we seem to be witnessing a rapid deconstruction, or fragmentation, of the Syrian National Identity. This could inevitably have negative spill-over effects on the rest of the Arab World, according to American political journalist Robert D. Kaplan, who says that, “The identity question is important: events inside Syria reverberate throughout the Middle East.”

The concept of National Identity is deeply nuanced and highly complex. Anthony D. Smith, in his book “National Identity” makes it clear that a National Identity is something qualitative, not quantitative, and is “fundamentally multi-dimensional; it can never be reduced to a single element, even by particular factions of nationalists, nor can it be easily or swiftly induced in a population by artificial means.” Indeed, it would be inaccurate to define something as intricate as National Identity in a single, sweeping phrase. Whilst there are many proposed definitions of national identity, one of the most widely accepted notions of what should constitute the framework of a national identity, was put forward by Anthony D. Smith. Hence, according to Smith, although National Identity cannot be defined absolutely, it can be compartmentalized into the following:

An analysis of the first key element of National Identity (historic territory and historical memories) in the Syrian context is largely negative, and only reminiscent of a bloody and spine-chilling past.  After spending 400 years under the oppressive thumb of the Ottoman Empire, Syria broke away under the leadership of Emir Feisal whose Arab troops captured Damascus from the ruling power in 1918 in one fell swoop. Soon after however, Syria’s geographical position made it a sitting duck for imperialist intervention from Europe, culminating in what Kaplan termed as an “Anglo-French rivalry for spoils.”  As a result of the English and the French vying for supremacy in the region, Syria was divided into six zones, with a portion of Northern Syria joining Turkey, the eastern desert and Southern region coming under the British mandate to form Iraq and Palestine, Transjordan respectively, and the French claiming the remnant land which they further subdivided into Lebanon and modern day Syria. The Syrians have yet to come to terms with the problems wrought by imperialist border divisions. In 1953, President Adib Bin Hassan Al-Shishakli, lamented that Syria was only “the current official name for that country which lies within the artificial frontiers drawn up by imperialism.”

Until this point, Syria did not have any nationalistic sentiment – how could it? It was a puppet whose strings were being pulled by different sets of hands; all seemingly hell-bent on pulling it in completely opposite directions. Syria’s historic territory which is so crucial to establishing its National Identity, seems to have been irrevocably wrested out of its grasp.

A “common, mass public culture” is quoted as a key component of National Identity, but we see that this too is tainted by the fierce hostility between Syria’s minority groups, which has its origins from the time of the zonal division of the country by the French in the 1900s.

The French strategy was simple; divide et impera. During their occupation, they flooded the Syrian military with minorities in order to control the majority Sunnis, by recruiting Alawites, Druzes, Circassians and Kurds into the Troupes Speciales du Levant; their occupation force. The Sunnis, especially those in the Damascus region, were under constant surveillance, forced to pay higher taxes than the minorities, and for the most part severely repressed.

This was a strategy that would have repercussions for the Syrian people decades after the French had left, and when the military, now brimming with Alawites, came to power in 1970 during a bloodless coup under Hafez al-Assad; placing Alawites in key government positions and antagonizing the Sunnis further. The gravitas of the situation is aptly evoked in Middle-East Historian Daniel Pipes’ statement that “An Alawi ruling Syria is like an untouchable becoming maharajah in India or a Jew becoming tsar in Russia—an unprecedented development shocking to the majority population which had monopolized power for so many centuries.”

Indeed, although Alawites made up only 12 % of the populous, they were ruling the country, and were determined to remain in power largely due to a persistent fear that if the Sunnis regained control they would push them to the boundaries of Syrian society. They had good reason to fear this, as they had already been marginalized under Sunni rule from as early as the 1900s, and first rebelled against them in 1918, but were again subjugated during a long period of Sunni dominance from 1946 to 1963. These flames of ethnic tension, with each group discriminating the other, were one of the primary factors which led to the raging, all-consuming civil war that has been going on for three years to date. Former Syrian President, Shukri al-Quwatli, complained about his people, declaring that “Half claim the vocation of leader, a quarter believe they are prophets, and at least ten percent take themselves for gods.” Tragically, in each sect’s struggle to establish the validity of their brand of religion as the symbol of the Syrian National Identity, they realized only too late that they; mere mortal men, and not Gods, were bringing the country to its knees.

For there to be a comprehensive and wholesome national identity that unites the people of a country, there must also be clearly defined “common legal rights and duties for all members”. However, Syria remains an exception to this rule.

From a legal perspective, the Syrian constitution explicitly lays the framework for tolerance and freedom of expression. Yet in practice, the government is withholding these rights and thus denying common legal rights and duties to its members. For instance, Chapter 4; Article 35 (1) states that “The freedom of faith is guaranteed. The state respects all religions.” Yet Chapter 1; Article 3 (1) contradicts this by stating that “The religion of the President of the Republic has to be Islam.” Following the referendum on 26th February 2012, this clause remained in its entirety, much to the outrage of the Christian Syrians who make up 10% of the populous. Whilst it is unlikely that a majority Muslim population would approve of, let alone vote for a Christian President, the argument stands that this is a blatant example of outright social and political discrimination against a minority group.

Minority discrimination is common across the pages of Syria’s long and illustrious history. The word “Alawite” itself was actually introduced by the French, and implies a link to Ali; the son-in-law of the prophet Mohammed; thus underscoring the religion’s similarities to Shi’i Islam. This name replaced the Alawites’ historic name, “Nusayri” or “Ansari”, which stresses the group’s divergence from Islam, and which is frequently used even today as a form of slander by Assad’s opponents and critiques. However, the French were not really fooling anyone, and under Sunni rule the Alawites were unabashedly discriminated and subjugated to a condescending noblesse oblige treatment. Furthermore, during French occupation, the Alawites reportedly pleaded with the imperialists to allow them to establish their own state along the Mediterranean Coast; a motion strongly supported by Suleyman al-Assad, who interestingly enough is the grandfather of Syria’s current President, Bashar al-Assad. Had the Alawites been permitted to set up and maintain their own autonomous state, with their own social, economic and political ideologies, Syria’s history would have taken a very different course, and the ongoing conflict that has lasted three years may have easily been prevented.

Even a “common economy with territorial mobility for members” is not allowed to flourish in the context of the Syrian war. The Syrian government as well as its opponents are heavily reliant on foreign stakeholders to satisfy their food and energy needs, rather than on trade within the country. This has severed intra-Syrian trade links between regions of the nation and thus heightened Syria’s economic fragmentation. On top of this, Syria owes a huge sum of foreign debt to its allies, as well as the World Bank and the IMF, and with the fast-spreading deindustrialization in the country, whipping Syria’s floundering economy back into shape promises to be a daunting task.

Furthermore, Syria’s flagship oil industry has been burdened by the brunt of civil war, with oil production falling by 96% since the beginning of 2011, to an all-time low. According to Jihad Yazigi, Editor-in-Chief of the ‘Syria Report’, “Depending on where they are located, oil fields are either controlled by the Kurdish Democratic Union Party in the northeast or by various Islamist and tribal militias (in the eastern region near Deir Ezzor), which can explain decline in production.” The fact that Syria’s most important industry has fallen under the arbitrary control of sects, political groups and militias highlights Syria’s domestic economic fragmentation.

The Syrian National Identity is indeed a fragmented one on historic, cultural, legal and economic grounds. However, whilst Syria may not have a scintilla of nationalistic sentiment or unity, they do possess a vehement pan-Arabist ideology which advocates coalition amongst all Arab states and fiercely opposes Western influence in the Arab world. Even Chapter 1; Article 1 (3) of their constitution states that, “The people in the Syrian Arab region are a part of the Arab nation. They work and struggle to achieve the Arab nation’s comprehensive unity.” Indeed, at the heart of Syria’s cries for the “Arab nation’s comprehensive unity” is a vision of the Middle East flourishing economically, politically and socially on its own terms with little or no intervention from the Western world. The United Arab Republic between Egypt and Syria was the first case of pan-Arabism being put into play, and although the union was short lived, it stands testament to the fact that events in Syria do reverberate throughout the Middle East, as other unions quickly followed, such as the Arab Federation of Iraq and Jordan, The Federation of Arab Republics consisting of Libya, Egypt, Syria, and the United Arab Emirates of Abu Dhabi, Ajman, Dubai, Fujairah, Ras al-Khaimah, Sharjah, and Umm al-Quwain. Therefore, if Syria is to reconstruct its fragmented National Identity, then encouraging unity through the renewal of pan-arab ideology within the country may be the best place to start.

Theoretically, a historic territory with historic memories, as well as a common, mass public culture, common legal rights and a common economy with territorial mobility for all members, should form the constituent parts of the Syrian National Identity. But in reality, these foundational elements are fractured by the sectarian hatred and violence prevalent as a result of decades of bitter enmity stemming from imperialism, resulting in a fragmented Syrian identity. Given Syria’s weighty geo-political bearing, it needs to resolve the fractures in its National Identity quickly, lest its sectarian issues spill over to surrounding countries. Indeed, its identity is in a fragile, almost pitiful state; the revival of which depends largely on the will, fortitude and collective psyche of its people. 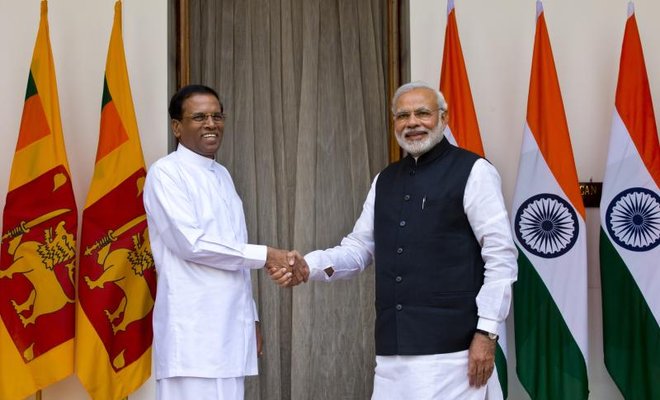 Things are heating up in the Subcontinent; India and Sri Lanka sign Nuclear Energy Pact 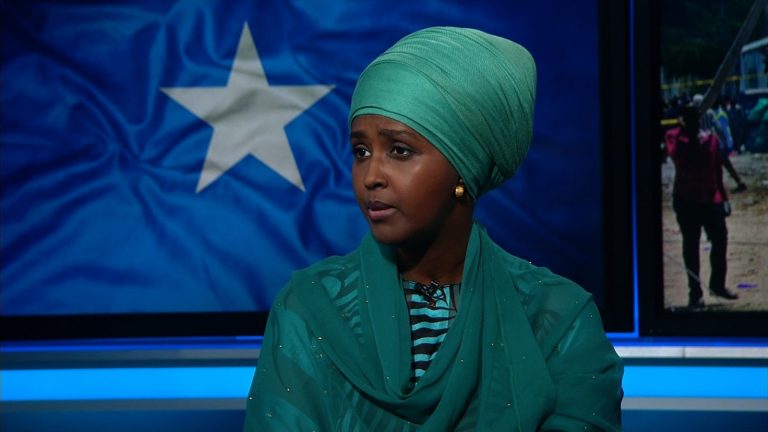 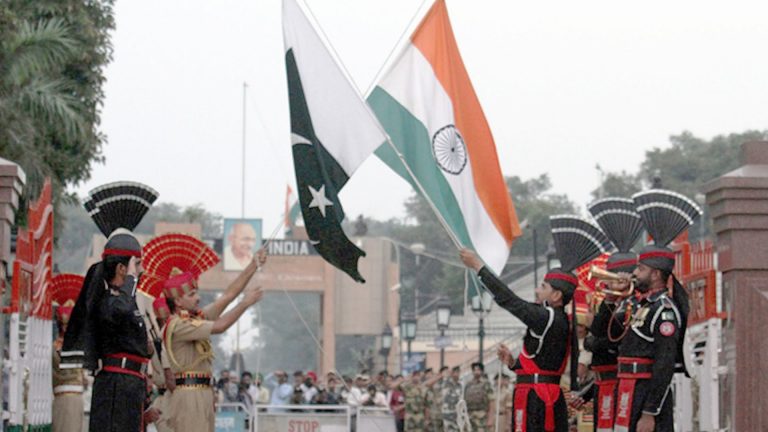