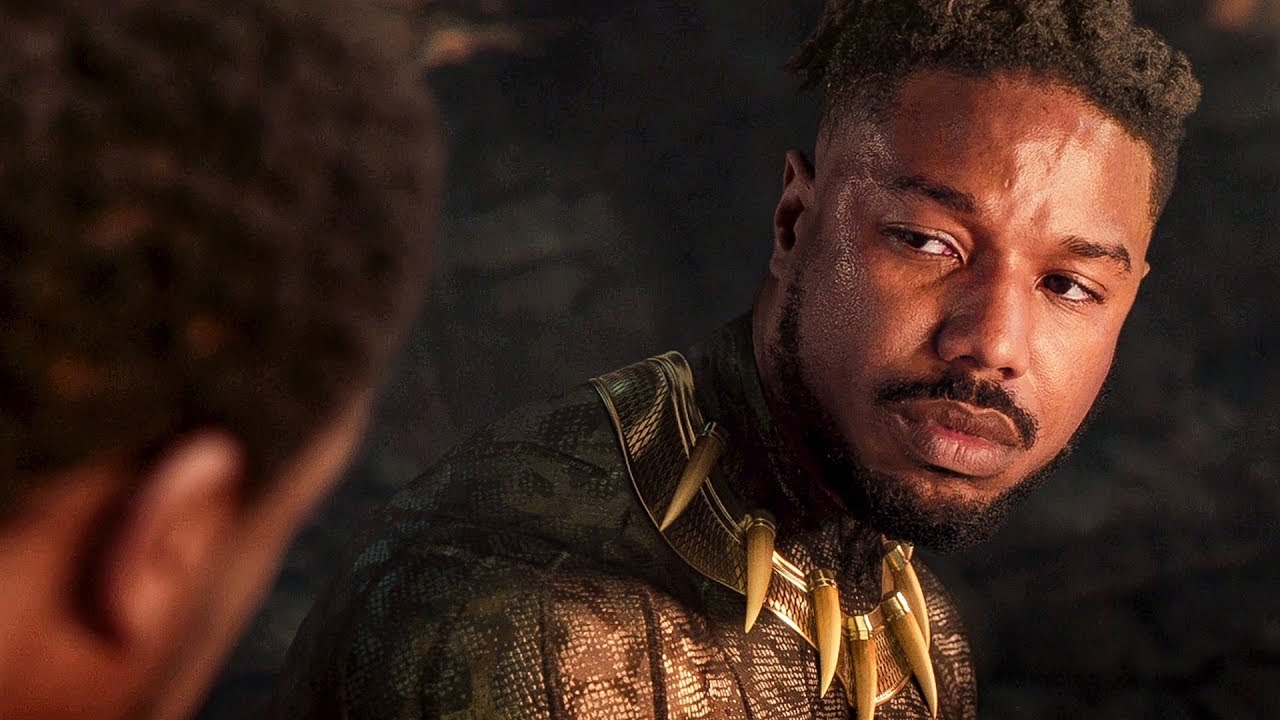 JHS: The Art of the Double Reversal

When the antagonist and hero learn from each other, we get a work of exceptional quality and powerful message…

Two warriors enter the clifftop edge, bruised and broken from their climactic fight. Killmonger and T’challa. This is the end of ‘Black Panther’, Marvel’s eighteenth, and best, film.

What the audience gets at this final exchange before Killmonger’s death is not a cliche ‘hero beats villain’ moment, but instead a poignant portrayal of two characters struggling to come to terms with their home identity:

Killmonger: My pop said Wakanda was the most beautiful thing he ever seen. He promised he was gonna show it to me one day. You believe that? Kid from Oakland, running around, believing in fairy tales…It’s beautiful.

T’challla: Maybe we can still heal you.

Killmonger: Why? So you can just lock me up? Nah. Just bury me in the ocean…with my ancestors that jumped from the ships. ‘Cause they knew, death was better than bondage.

Heroes are agents of change. But too often, writers forget that antagonists also serve this purpose. So we get static opponents commited to their cause because of one reason; they’re just evil. Creating a complex antagonist is paramount to forming a great story.

A sure sign of this writing wizadry is often seen in a particular storybuilding technique, coined by story expert John Truby: the ‘double reversal’.

What is a double reversal?

A double reversal occurs when both hero and antagonist gain a self-revelation at the novel’s climax and in turn learn from each other. Through this technique the story craftsman is able to paint a rich tapestry of theme through which he explores his work’s main moral message.

The seeds of Black Panther’s double reversal are sown by the issues of black identity and home in Africa that are seen through the battle of wills between T’Challa and Killmonger.

Upon being king T’Challa is at first is concerned with preserving Wakanda’s national identity, battling away internationalist pressure from Wakandan spy (and love interest) Nakia and the Chieftan W’Kabi.

It is only until Killmonger enters Wakanda that T’Challa’s lie- isolationism is best- is exposed. Experiencing in Oakland firsthand the oppression faced by blacks in America, Killmonger arrives with a goal of retribution; aiming to use Wakanda’s vast vibranium resources to begin a worldwide counter-revolution.

Through the counter opposition of values between isolationism and revolution director Ryan Coogler creates the film’s main antagonistic force. Due to Killmonger T’Challa learns that it’s time for Wakanda to “shar[e] our knowledge and resources…with the outside world.”

This is a great sign of storytelling. The hero learns, and in turn changes from his battle with the Antagonist. But Coogler doesn’t stop there. By having T’Challa show Killmonger Wakanda’s beautiful landscape, Coogler gives Killmonger an equally impactful self-revelation.Through his destruction in accessing the tyrant archetype Killmonger has missed out on the wholeness and “beaut[y]” Wakanda had to offer him, facing “bondage” or “death”.

Romance is a story form that forces the writer to have an antagonist of at least partial complexity. This is because the romantic conflict played out between hero/heroine and antagonist/love interest is a clash of equals. The central message of this story type is that a person only becomes fully whole upon unity with another. Therefore this subsystem of stories is packed full of double-reversals. One can be seen in the masterful novel and screenplay (BBC 1995) ‘Pride and Prejudice’, in the scene where Darcy proposes to Elizabeth:

Darcy: my behavior to you at the time was unpardonable. Your reproof I shall never forget- ‘had you behaved in a more gentlemanlike manner’. You do not know how those words have tortured me…

Elizabeth: oh do not repeat what I said!

Darcy: I have been a selfish being all my life. As a child I was given good principles but was left to follow them in pride and conceit. Such I might still have been but for you.

It is through ‘Pride and Prejudice’s’ previous conflict of Elizabeth standing up to Darcy that he is able to overcome his “pride and conceit” and in turn become a better person.

Unlike the influence of Killmonger on T’Challa, the influence of the antagonist here (Darcy) on the protagonist (Elizabeth), is more subtle. We are able to see Elizabeth also overcome her prejudice in her forgiveness and embarassment in judging Darcy’s character prematurely.

It should be noted how both works’ double reversals strike at the heart of the core values of their competitors, and in turn their central moral conflicts. In the former, both Killmonger and T’Challa compete to see their values embody the king archetype as the ‘Black Panther’, whilst in Pride and Prejudice Elizabeth and Darcy compete to form their ideal relationship. Darcy and Elizabeth’s eventual overcoming of the negative side of their values (pride and prejudice) through marriage means they are not only able to coexist in harmony with each other, but also with themselves.

The double reversal between Captain Renault and Rick in the final dialogue of ‘Casablanca’ culminates one of the best scenes in movie history. This scene sees Rick sacrifice his love for his beloved Ilsa to fight the Nazis, whilst Renault undertakes a similarly patriotic self-revelation in leaving his comfortable police job to join Rick:

Renault: It might be a good idea for you to disappear from Casablanca for a while. There’s a Free French garrison over at Brazzaville. I could be induced to arrange a passage.

Rick: My letter of transit? I could use a trip. But it doesn’t make any difference about our bet. You still owe me ten thousand franks.

Renault: And that ten thousand francs should pay our expenses.

Rick: Louis, I think this is the beginning of a beautiful friendship.

To avoid turning two admirably hard-nosed characters into out and out idealists, Casablanca’s writers masterfully maintain both character’s witty opportunism in the form of their bet. Moreover, each line of dialogue in this scene sees a reversal of greatly compacted meaning: representing a shift of values and rebuttals between each character as they, and the film, converge upon one core value- friendship.

Like Pride and Prejudice this tennis-match of conversational finessing represents a coming together of equals in union, with Rick the protagonist and Renault the antagonist. Like Black Panther, their goal- the ten thousand franks- is mutually exclusive. The Casablancan double reversal is not only artful conversational mastery. Alongside ‘Black Panther’ and ‘Pride and Prejudice’, Casablanca shows us that personal change is most successful not only when one is faced by a strong adversary who challenges their values, but that the clash of values in itself can lead to great learning and self-discovery.

It should be noted that the absence of a double reversal does not necessitate a bad film. For instance, ‘The Dark Knight’ does not display a double reversal. It’s antagonist, the Joker, doesn’t change. Instead the Joker undergoes a flat arc; destructively affecting his environment through sticking to his belief that as there is no objective morality to society, one can do as they please.

The hero can also be the flat arc agent of change. This is seen in the development of heroes such as Katniss Everdeen  and Thor (post film one); where it is other characters these heroes are changing, not themselves. Like the Joker they stick to their ‘truth’- their overarching vision for the values that should govern their society.

However, the presence of a double reversal always indicates great storytelling. For a character change within the protagonist and antagonist to make sense, and thus be a double reversal, the constituent elements of story and character must be deftly weaved throughout to present the moral oppositions, archetypes, goals that are being competed over, and in turn the self-revelation of the two main characters.

Likewise, personal change in life sometimes can only come about through heated conflict. So next time you are faced by an antagonistic force: an arguing relative, a classroom arch-enemy, a blossoming love interest, face their values directly. You and your antagonist may each experience a self-revelation, a change of values, and, most importantly- a double reversal.