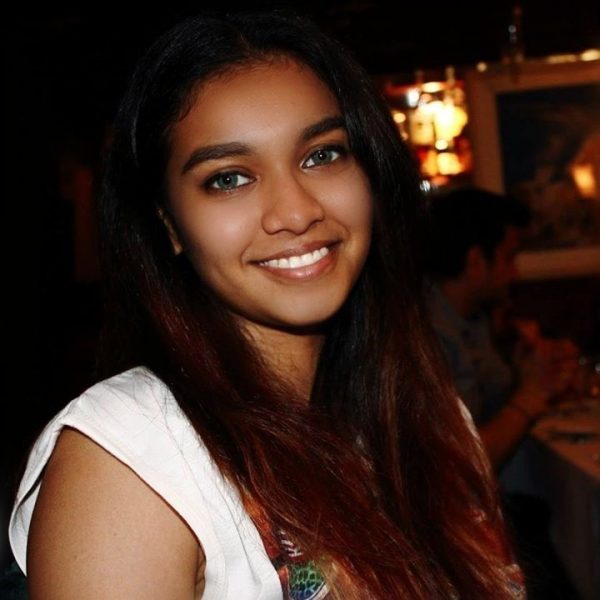 Taryana Odayar on taking the wheel as the new Executive Editor

Having watched my predecessors Jon, Alex and Ellen toil over the paper as Executive Editors, it has not been difficult to predict what being Exec will entail. It will mean spending every Sunday in the confines of the Beaver office, fleshing out the paper with single-minded resolve until getting unceremoniously kicked out of SSH by security at 10pm. It will mean giving up half of Monday to search with squinty-eyed concentration for libellous content, those infernal typos and pesky InDesign errata before the noon print deadline. It will mean being bombarded relentlessly throughout the week with a never-ending stream of emails, queries and the occasional passive-aggressive response to an article. And it will invariably involve neglecting a large chunk of one’s social life and degree, in order to bury one’s head in investigative story leads throughout the week, only to resurface at the weekend with satirical one-hit wonders for the following week’s NAB.

But it also means being granted the immense privilege of producing a 32 page, weekly student newspaper that is an amalgamation of the myriad array of issues, opinions and events of arguably the most active student body and SU in the UK. Since its inception, the Beaver has upheld a reputation for intelligent and fact-based journalism, which is honest and truth-seeking in intent, and characteristically tailored for the LSE student body. During my time at the Beaver (which, incidentally, is the same amount of time I have spent at the LSE give or take a week), one of the things that was deeply impressed upon me is that the Beaver is first and foremost the newspaper of the LSE Students’ Union; produced by students, featuring content submitted by students, and engaging with the issues that concern students the most. Every week, we aim to publish content that provokes discussion and advances our readers’ knowledge, to report newsworthy events on and off campus quickly and objectively, and to reflect the diversity and interests of the student body. This is and has always been the core mission of the Beaver and the foundation on which our credibility as a student newspaper stands.

Sitting in the Executive Editor’s swivel chair in the Beaver office, or as James Wurr rather dramatically calls it, “sitting in The Chair while its still warm from Wilkie”, I am reminded of how completely fulfilling being involved with the Beaver has been these past two years. I am also reminded of the languid pace at which construction work on Clare Market street is taking place given the unparalleled view I have of it from my seat in the office – but I digress.

Whether it was writing a copious number of articles for the paper during my first few weeks at LSE, or editing and sourcing articles whilst learning the ropes as Deputy Features Editor, to being elected Features Editor and conducting interviews with public figures and steering the direction of the Features section of the paper, I have thoroughly enjoyed every step along the way. The Beaver is already one of the best and most memorable aspects of my time at LSE, due to both the people and the work, and I highly recommend getting involved; either by writing for one of our sections, standing for a position in the upcoming elections, or by simply skimming through a copy of the paper online or in print in between classes.

Jon, Alex and Ellen’s time as Executive Editors has resulted in the paper looking the best it has ever been, and I am proud to have inherited a student newspaper in such fine health. Given the current condition of the print edition, I do not intend to make any significant changes to it, other than considering the inclusion of a separate section for weekly interviews with high-profile personalities. However, I do intend to harness the power of social media to increase circulation of our news stories and articles, and revive our online presence. No newspaper works in just one medium any more, and digital journalism plays an integral role in raising the immediacy with which a story gets out, as well as immersing readers in the stories being reported, using video, audio, pictures and text. Making our writers feel valued and part of the team is also something we have always strived to uphold. Hence, it is important to ensure that the members of the Collective feel involved with the paper and that their contributions are being appreciated, as it is their content that is spread across the pages of our newspaper on a regular basis. Finally, with SU elections coming up later this term, we look forward to collaborating with the other media groups, namely Loose TV and PuLSE radio, as well as LSESU Elects, to provide comprehensive election coverage.

Given that this is the first issue of the paper for which I am responsible as Executive Editor, and the fact that we do not yet have a new Managing Editor elected, I feel a tremendous sense of responsibility towards ensuring that this paper gets sent to print without any hiccups. Fortunately, I have the privilege of working alongside a talented, lively, creative and gutsy Editorial board who make up a formidable team to be reckoned with. I truly believe that any publication’s strengths rest squarely on the shoulders of its Editorial board, and in this regard I look forward to working with them over the coming weeks on both the print and online editions.

That’s all from me this week – my first week, so enjoy the paper! Over and out.