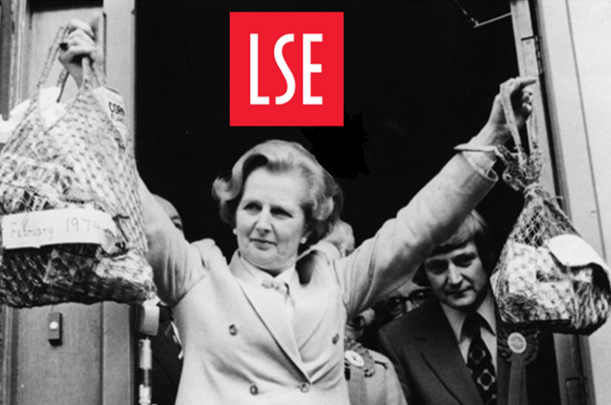 Max Marlow is the President of the LSE Hayek Society. He is also a second-year History and Politics student.

Michael Shapland’s (Beaver Comment Editor) recent article on the LSE’s relationship with the Thatcher regime was well-researched, articulate and particularly poignant at a time when LSE is searching for an identity. The article embodied the struggle between the LSE’s foundational Fabian message and its profoundly neoliberal identity and history. The former LSE Professor David Starkey, who will return to the LSE in February 2020 with the LSESU Hayek Society, remarked that “the history of freedom in twentieth-century England has been the history of the LSE”, owing to the intellectual accomplishments of Popper, Oakeshott and, most influentially, Friedrich August Von Hayek.

The article does, however, miss a crucial aspect of the Thatcher government. This aspect is closely linked with Houghton Street. The contentious issue of policy advocacy and formulation that embodied the neoliberal revival under Margaret Thatcher can be traced back to its intellectual roots in the winding corridors of LSE.

Hayek believed, in line with the thinking and work of the LSE, that ideas had to be implemented in order for them to change the world. The Institute of Economic Affairs, widely held to be the epicentre of neoliberal thought under the Thatcher government, was founded by Hayek, Sir Anthony Fisher and LSE alum Arthur Seldon, whose son is the acclaimed historian and LSE alum Sir Anthony Seldon PhD. Likewise, Hayek sat on the board of academic advisors for the Adam Smith Institute, where Dr Madsen Pirie and Dr Eamonn Butler formulated some of the most successful privatisations of state apparatus in world history, in line with thought that went to the core of the LSE.

Hayek was honoured at the LSE with an annual lecture until 2010, something that the current Hayek Society wishes to revive in 2020. Indeed, Hayek may soon be honoured with a statue on the corner of Lincoln’s Inn Field.

The work of more LSE economists, such as Lionel Robbins (after whom the LSE Library building is named), Sir Arnold Plant, and Sir Theodore Gregory, was foundational in the thinking and economic policies of the Thatcher government, as opposed to the Keynesian School of economics, which informed the preceding Macmillan and Wilson governments. Without the LSE, we would find our planet a much less free, much less wealthy place. Economics professors such as Sir Tim Besley and Sir Christopher Pissarides, to name but a few, nobly carry on these traditions at the LSE, engaging in education and debate to help make the world a better place.

It is incumbent on every student, whether scholastic, corporate, governmental, or other, not to pour scorn on the school for this illustrious history, but to honour its legacy and realise the power LSE grants us in shaping the world we live in. Shapland was right. Capitalism is beautiful, all the more so for the school that helped to craft it and in which we all share.