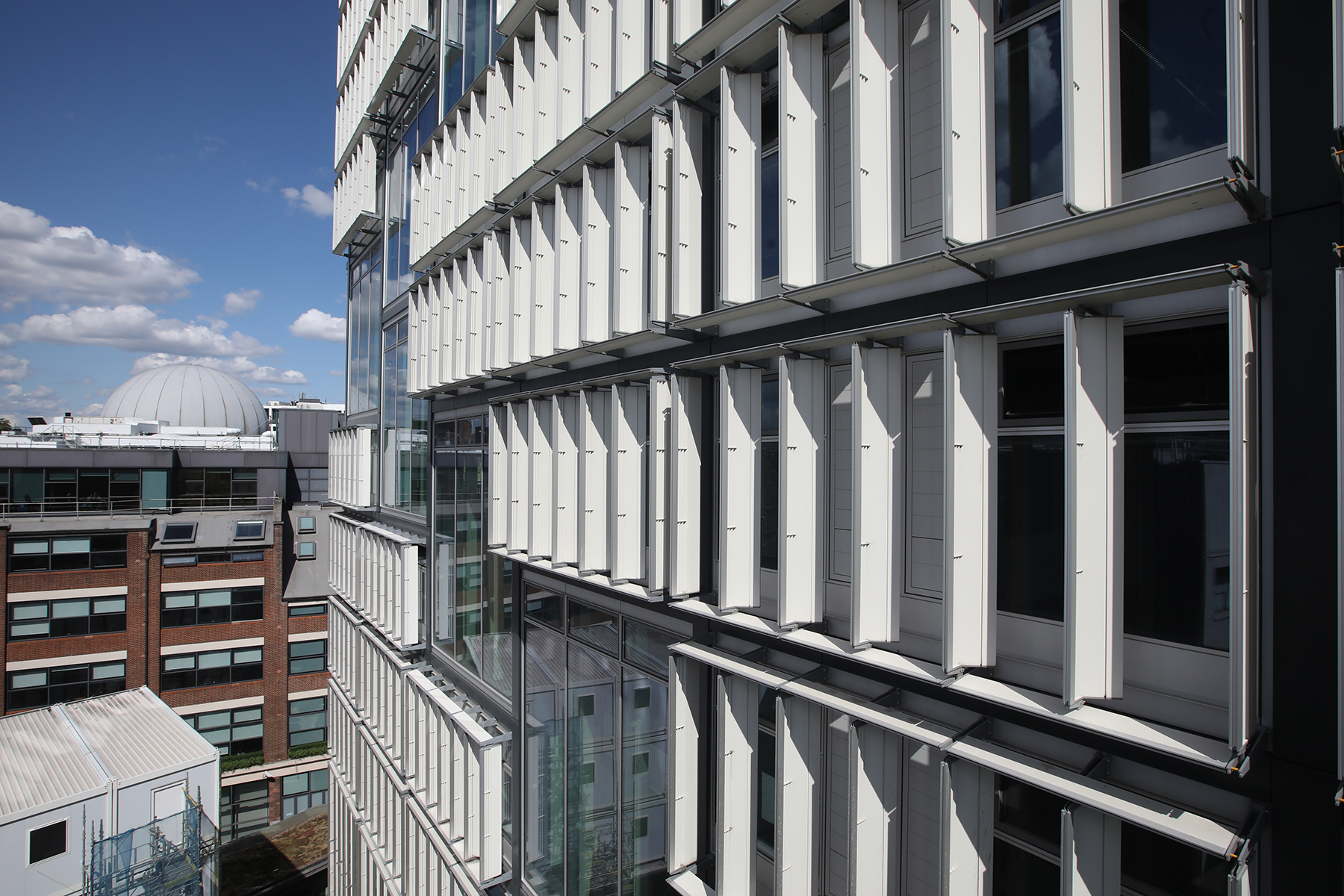 Additional reporting by Scott Carpenter. Images with gratitude and credit to Nigel Stead.

The Beaver was invited to visit the CBR ahead of its opening to Summer School attendees on the 17th of June. Gabija Bingelyte, the Project Manager for LSE Estates, told The Beaver that “it could have taken two or three weeks more, but we met the challenge” of opening for the Summer School.

Indeed, the CBR itself may be finished, but not all the facilities have yet been fitted out. Several academic departments are in the process of their formal move to the Centre Buildings. The Government Department will be situated on the 3rd and 4th floors, the International Inequalities Institute on the 4th and 5th floors, the International Relations Department from 7th to 10th. The Directorate will move from its original space on Houghton Street to the 11th floor.

LSE’s latest addition to the campus is a hit with Summer School students: the first to attend classes here.

“Amazing,” said Wisam Ahmed, a Sudanese student enrolled in the International Political Economy course at the Summer School. “We already had high expectations, but this building has really topped them out.”

Opened just two weeks ago in time for the start of Summer School, the Centre Buildings Redevelopment (CBR) has a lofty, open design. Its lower floors vault upward from a 200-seater, basement-level lecture theatre and event space towards a collection of glass-walled seminar rooms perched on either side of a wooden staircase. Light floods in from all sides, including through the entrance to a terrace on the second floor.

“I’m really big on natural light, so it’s really nice,” said Abdullah Brownel, who attends Amherst College in the US and is also enrolled in the International Political Economy course.

“It’s very comfortable — the sunshine is great,” said Audrey, a Chinese student in Australia studying International Relations here. “This is my favourite place on campus, especially compared to the Library, because of the light.”

The CBR is so far delivering on its designers’ goal of bringing students and professors closer together. Several students said that the open-air design helped to foster a collaborative environment. It is exceedingly clear from Bingelyte that collaboration, from space to features that foster collaborative teaching styles, was the focus of the CBR project. The lecture theatre on the Ground Floor has a ‘moot court’ layout, with projection sideways to rows of seats that face each other: intended for students to face each other during lectures.

“There are plenty of spaces for collaboration,” said a microeconomics student named Nadija, who is also at the Summer School. “It feels quite informal.”

Audrey agreed. The classrooms, including their glass walls and round tables, create a “comfortable” environment for interacting with teachers, she said.

This collaborative process, Bingelyte emphasises, was the case throughout the project. LSE students were invited to consult on furniture options for the CBR earlier in the year in a public exhibition of materials.

In addition to student spaces on the first three floors, there are fourteen seminar rooms (nine on Floor 1 and 5 on Floor 2) and three lecture halls. In response to complaints from academics that whiteboards in teaching spaces were insufficiently small, whiteboard walls have been fitted around the perimeter of each room.

The Beaver noted that, following elsewhere on campus (except some bathrooms in the SU), Centre Buildings bathrooms are not gender neutral.

In addition to the second floor terrace, The Centre Buildings have a public roof terrace on the sixth floor, with bookable space in the offices on Floor 12 – which might remind students and staff of Floor 8 of the New Academic Building.

The key feature that LSE students will discover in Michaelmas term is the Square, which sits between the Centre Buildings, the Library and St Clements Building – depicted within the orange space on the map below.

Here, LSE has commissioned a ‘flat-rendered’ mural to reside on the wall of St Clements. The London painter and graphic artist Tod Hanson, selected by the LSE Arts Steering Group, is currently in “the creative process” according to Bingelyte, and the mural will be installed in the first week of September.

For now, Summer School attendees and LSE students can be found working in the student commons throughout the building, perhaps grateful for the extra space on campus.