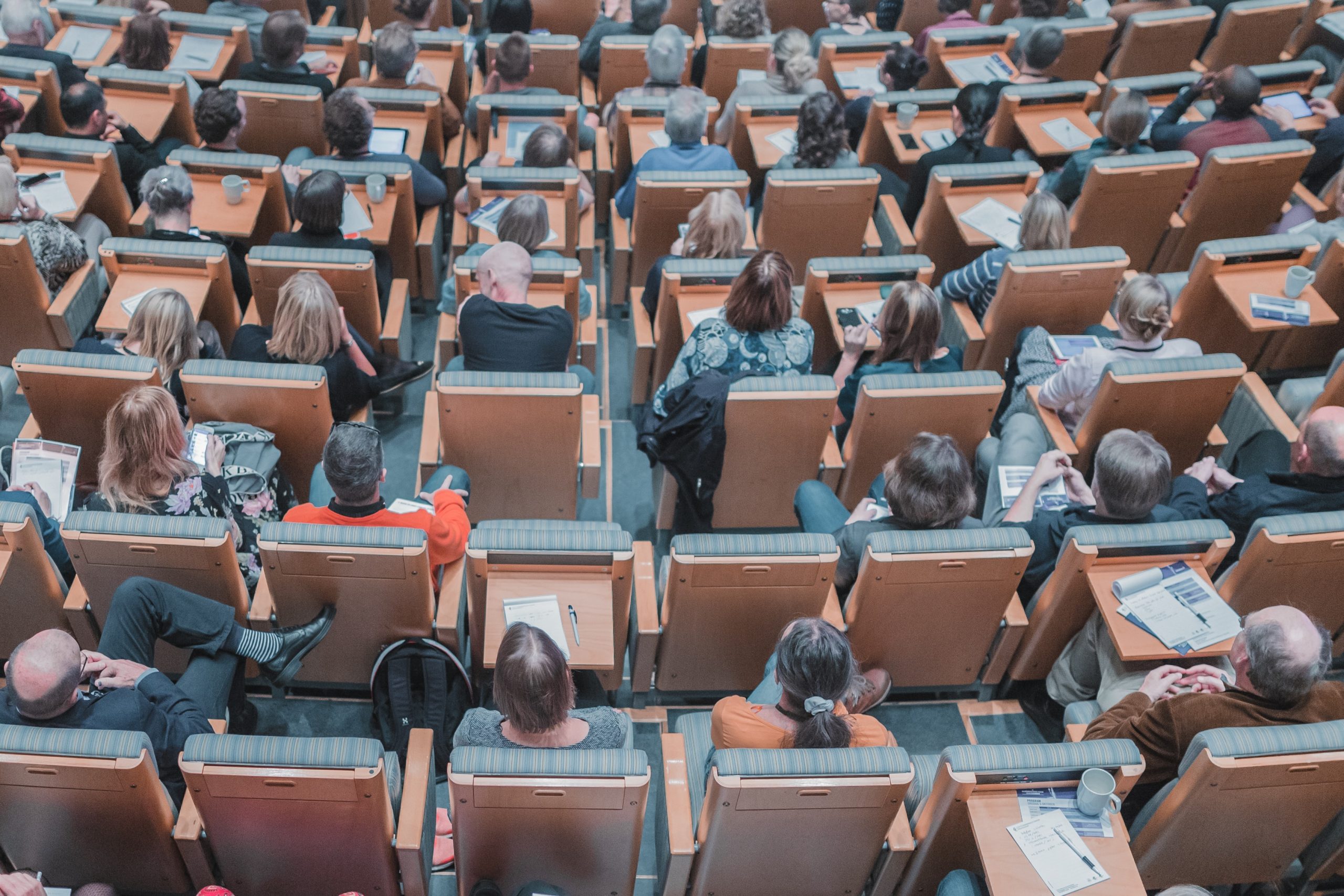 The 6 types of Tory you meet at university

For three years I have lingered among London’s Tory students. I have become well-known and then shot back into obscurity. I have espoused moderation and then pushed for radicalism. I have turned up to pubs, speeches, and debates in the finest of suits and the shabbiest of t-shirts. But all this time one thing has never changed: I have observed my fellow Tory creatures, and I have noticed a pattern of six recurring types into which almost all university Tories fit. Let me now bring these types to you, dear reader.

Everything that the Compromiser says and believes is driven by fear: fear of the EU, fear of being called “racist”, fear of being found out as a Lib Dem among his port-and-policy friends. Despite his 6/10 charisma, the Compromiser’s beliefs are absolutely meh, and introduces themself with that cringey fence-sitter’s dogwhistle “socially liberal and economically conservative” – often with a supercilious “How could you possibly be anything else?” smile. They will apologise to everyone for everything: leaving the EU, austerity, the Windrush scandal…one wonders why they don’t just join another party, until one realises that would take a whiff of decisiveness. Often found sitting at the back of Tory talks, nervously putting their hand up and being ignored repeatedly, the Compromiser looks upon more daring types of Tory with a mixture of fear, shame, and lust.

Heroes: the Lib Dems, David Cameron (always brought up with a spiel about gay marriage).

Get the look: combine any pair of chinos with a button-up shirt and leather shoes, and do not hit the gym under any circumstances. Your entire body must whisper “weakness” in a high-pitched voice

After his post–Oxford-rejection crisis, the High Tory decided that it was OK to wear his new tweed jacket (which he bought from Marks & Spencer) in the city. Alienated by modern London, the The High Tory dreams of an England that has returned to the 18th century: a thriving Church, no sex before marriage (not that it would make a difference to him), no drugs or modern art, and none of those ghastly tower blocks. When this revolution comes, he will assume his rightful place in the Landed Gentry, and fulfil his duties to the country from a delightful house in Surrey – never mind that he only went to grammar school, can’t read Greek, and still doesn’t realise that everyone at Eton would hate him. In the meantime, he spurts out diatribes against the “Conservatives”— who aren’t conservative enough—and grumbles that the Compromiser gets laid more than him. Where are his fair English maidens? Waiting for marriage, he tells himself.

Get the look: wear an awful three-piece suit, ideally double-breasted, with the bottom button of your waistcoat done up (if you know, you know). You must be white (Italians do NOT count).

A one-trick pony, and that trick is free markets. The Thatcherite bangs on incessantly about something-something-low-taxes, something-something-incentives, something-something-choice; their philosophy is an incoherent fruit salad of consequentialist and deontological justifications for libertarianism combined with a piss-poor understanding of human nature. Despite the world being so obvious to the Thatcherite, they can’t see that the British character will never accept their radicalism, nor will the Tory party push it . Deep down the Thatcherite secretly wishes they were American anyway. Oh yes, the Thatcherite, that lover of freedom in the streets, secretly wishes they would be pinned down and annexed by the Americans in the sheets. The Thatcherite is often a she, the lone attractive girl in a circle of otherwise nervous Tory males, who surround her at events and pray for a whisper, a smile, an acknowledgement of their meagre existence.

Get the look: unremarkable and similar to the Compromiser, but more oomph – try undoing buttons to leave chest hair (if available) on show, and use your body language to say “I am NOT a virgin.”

The exact inverse of the High Tory: instead of having grandiose views and no status to justify them, the Social Climber seeks status at all costs, and believes in less than nothing (lest a view he/she holds get in the way of their next move). The Social Climber, when not delivering fake smiles to unimportant MPs in the hope of another Parliament work-shadowing gig, will be found back-stabbing and conniving to gather support for their campaign to lead their uni’s Tory society. But why would they want to win such an unpopularity contest? Having not gone to private school, the Social Climber is permanently insecure about their background, and sees the Tory party as a conveyor belt to semi-aristocracy – one day, yes, one day, they will be invited to Henley (if you don’t know, apologies, you aren’t rah enough). Fortunately LSE does not have many of these, but at lesser London universities the insecurity is all the stronger, and the climbing, thus, all the cringier…

Get the look: wear a dark blue suit or similarly formal dress, and augment your confident appearance with a half-finished glass of white wine. You must be good looking (if not, try: the Compromiser).

The Thatcherite’s embarrassing younger brother. Despite watching every jordan_peterson_reks_angery_feminist.mp4 video available on YouTube and reading every subsequent Reddit thread, the Footsoldier has not cleaned his room, bucko; however, he is more than happy to point out how gosh-darn ridiculous it is for society to become more accommodating for people with mental health and sexual issues. Like the Thatcherite, the Footsoldier has an unhealthy obsession with American politics, and his support for the Tories exists solely because he has no other party to turn to. Unlike the Thatcherite, however, he focuses mainly on social issues and looks for headlines to get angry about.

Get the look: stop showering and shaving for a week, then combine a flannel shirt with a fedora and possibly an ugly suit jacket. Try to develop a stutter and avoid eye contact at Tory events.

Did you really think the aforementioned freaks decide elections? Look around you: rugby lads and hockey lasses, econ and law students, international and private school kids, the children of well-off Indian parents… Among these quiet patriots, you find your Tories. The Silent Majority don’t attend Tory events or mix with the other Tory types because they simply aren’t freaks, nor do they painfully announce their views on Facebook. Instead, their beliefs are informed by an unpolished but decent common sense, which they got from their normal parents and will pass onto their normal children. When they aren’t interviewing for consulting grad schemes, the Silent Majority can be found pre-drinking, cheering for their sports teams, or submitting their essays late. The men of this type laugh at 99% of what they see as left-wing frigidness, but they daren’t say so outside of their own circles – lest they compromise their chances with the hockey lasses.

Get the look: take a mild interest in fitness and personal hygiene, then throw on sports bottoms (possibly featuring Dulwich College’s badminton team logo) with a jumper. Don’t try too hard.

Let me finish by taking you, dear reader, to the pub with these Tories, after the evening’s event has finished. A female Thatcherite, surrounded by Compromisers who are desperately and subtly battling to get laid, has become rather enthralled by an Eastern European chap who is rehashing his parents’ experiences under communism. This scene disgusts the High Tory, who turns to the Footsoldiers for some cerebral chat rather than heinous pre-marital dialogue. The Social Climber, also lusted after by the armada of Compromisers for his status, has begun flirting incestuously with the event organiser (or, if they aren’t available, the chap from the highest-ranking private school in the room). The Silent Majority are busy at a real party, elsewhere in London, too busy for the tribulations of young Tory life – and what a cringey life it is.