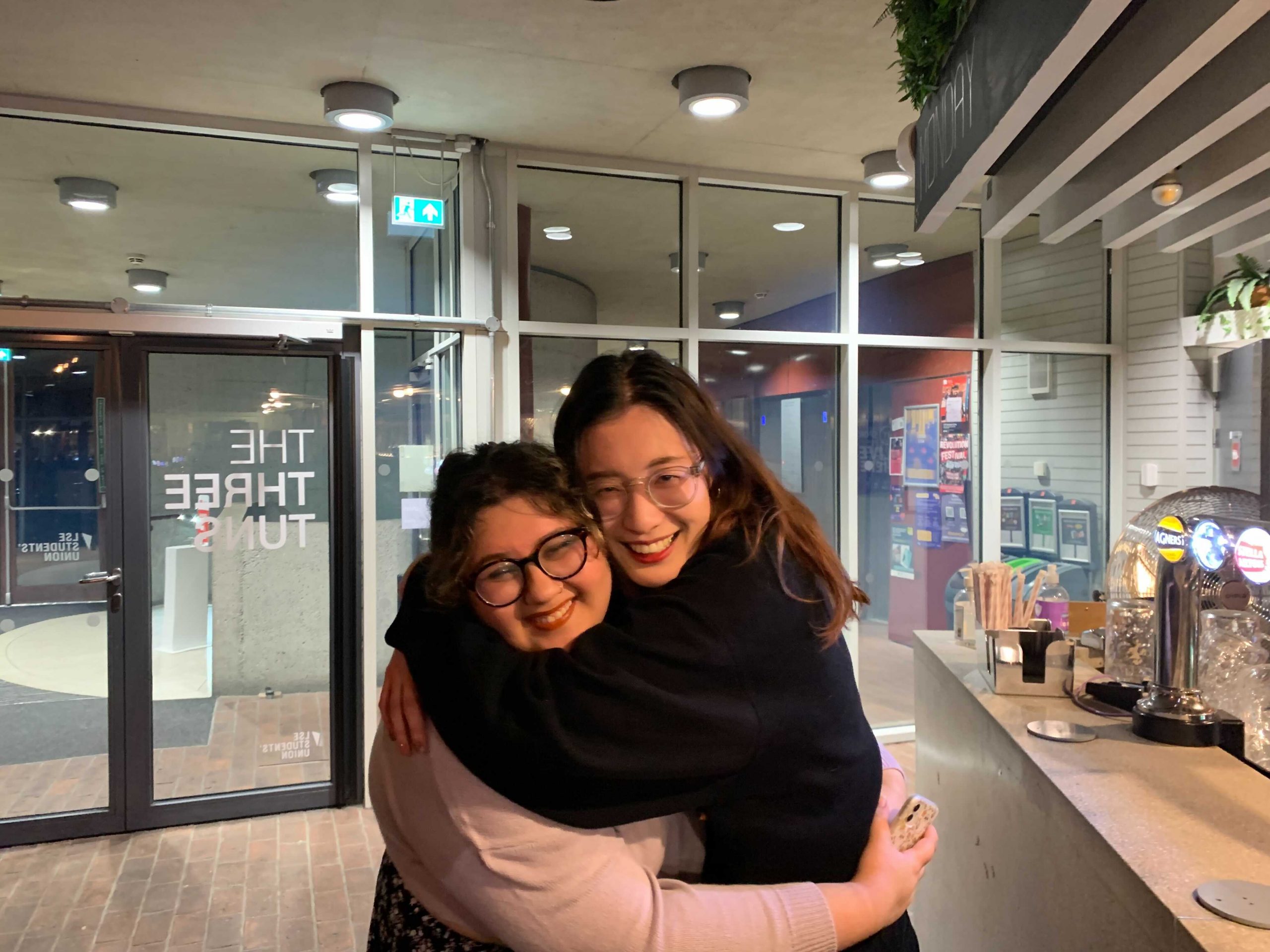 The Beveridge Report 3.0: We got shots on a Tuesday

By The Editorial Board

Once upon a time, The Beaver’s editorial board went out drinking in celebration of their first print issue in 18 months. Unsurprisingly, we thought we all deserved a drink or two after the exhausting and painful delivery of that ugly, but pretty, baby of ours. Exhausted and burnt out, we headed to Tuns…

It was that very night that I realised the implicit prerequisite of joining The Beaver is not to feel at all embarrassed, when you all get utterly wasted before 9pm on a Tuesday night, wiggling to the tune at Tuns. After about five rounds of shots, and probably more, we walked into the chilly October night, jelly-legged and intoxicated. The four of us who lack the most self control stayed till the end, wandering around London, trying and failing to kick our heights, and somehow ended up in Trafalgar Square… I suppose we might have thought it was the best time of the day to defy the rules of physics, trying to climb up Nelson’s column.

Tuesday evening, we walked into Tuns already drunk on joy and relief. The first print issue was out in the world – and this had honestly felt like an exhausting journey. As we all sat down, I told myself and everyone around the table that I would not drink more than one beer to celebrate… and then, before I realised, I was already downing shot number five with those around me cheering me on. Peer pressure is not a myth, kids. Unsurprisingly, there was a lot of dancing, kicking our feet in the air trying to reach our height, and finally (to much dismay) I left early with some shawarma to end the night on a particularly delicious note.

I wasn’t even planning on being a part of this social. In my head, this evening was reserved for meeting my Grimshaw family at Tuns. Of course, the Beaver team was celebrating the first publication of the year in the exact same place on that night. As I tried to focus on my Grimshaw children, it was difficult not to get distracted by my fellow editors making one toast after another throughout the night (“To Beatriz!”). Stumbling from one table to another in cheery and clearly intoxicated faces, they stopped by my table several times. Angbeen was very drunk and told me repeatedly that she loved me. As they moved away to request yet another round of shots, I realised how quickly this odd group of people, mostly strangers to me before the start of this year, had become a family in some way. I love you too, guys.

After putting out an issue that we had all worked so hard on, I started the night setting out to get drunk on a Tuesday night. As someone who didn’t spend a lot of time in Tuns during first year, I’ve been doing my best to make up for lost time, one gin and tonic at a time. I’m messy even when I’m just a little tipsy, and I take responsibility for egging on at least half the rounds of shots that we would tear through. Do I regret it? A little, but it was worth seeing how dance-y everyone on the team gets while drunk.

As the crowd at Tuns began to thin, we decided to leave for Shakespeare’s Head for more drinks and a much needed meal. At this point, I’m too far gone to really walk in a straight line, but we tried to get into the one Tory bar near Embankment Station, which to my dismay was closed. A stop at Trafalgar Square saved the night, as we soaked in the fact that we really are here, and that The Beaver is on its way to a great year.

In spite of everything, The Beaver’s first issue was out. And we were… tired. In agreement that we all deserved to be cut some Slack (sorry for the terrible pun), we headed down to Tuns for our usual drinks. In the spirit of blaming others for our irresponsible decisions, the fact that Tuns didn’t serve pints that very night did much to force our hand to get shots. Every time someone suggested we get another round, an apprehension for the morning after would fall between us before someone shouted “oh come on!”. After one too many drinks and a newfound affinity for Malibu, the beavers left their nest (or dam, if you will). What emerged from the rest of the night were brief memories of Spoons, an attempted visit to a Tory bar, and Admiral Nelson.

As your typical Asian plagued by the infamous flush, I cannot drink half a can of beer without looking like an overripe tomato, and so, on this fine evening, I very sensibly sipped on my glass of water. With my privilege of sobriety, I had the joy of witnessing Bora and Jack in their most extroverted and thrilled state, propelled by alcohol. At 7:30pm I haggardly excused myself to rush back to halls for my free dinner. I may be a third year, but I refuse to cook for as long as I possibly can.

Quite genuinely, there are very few times at LSE I can remember enjoying more. The fact that I spent the whole of the pandemic at home probably didn’t help, where excitement consisted of the local Sainsbury’s changing the shelves around. Neither did the fact that my first year was pretty much a drunken haze. I dreaded coming back to London, but through Tuns, shots, the cold, long walk to Trafalgar Square, and everything else, that night I felt like I was home again. A weird home. But home. One question did constantly arise throughout: exactly why does Beatriz never take her coat off? Well, because she never wants to chill out. Love you guys!

I never pass up an opportunity to visit Tuns. Never. Tuesday night was my chance to finally witness my fellow editors in what I consider to be my natural habitat. Although my hopes of introducing the Beaver team to snakebites were dashed by supply issues, vodka, tequila, and Malibu quickly drowned my disappointment. The atmosphere wasn’t exactly conducive to dancing but, embarrassingly, we made it work. The night ended as all the best nights do: with a falafel wrap and a contented bus ride home. I’m looking forward to many more!