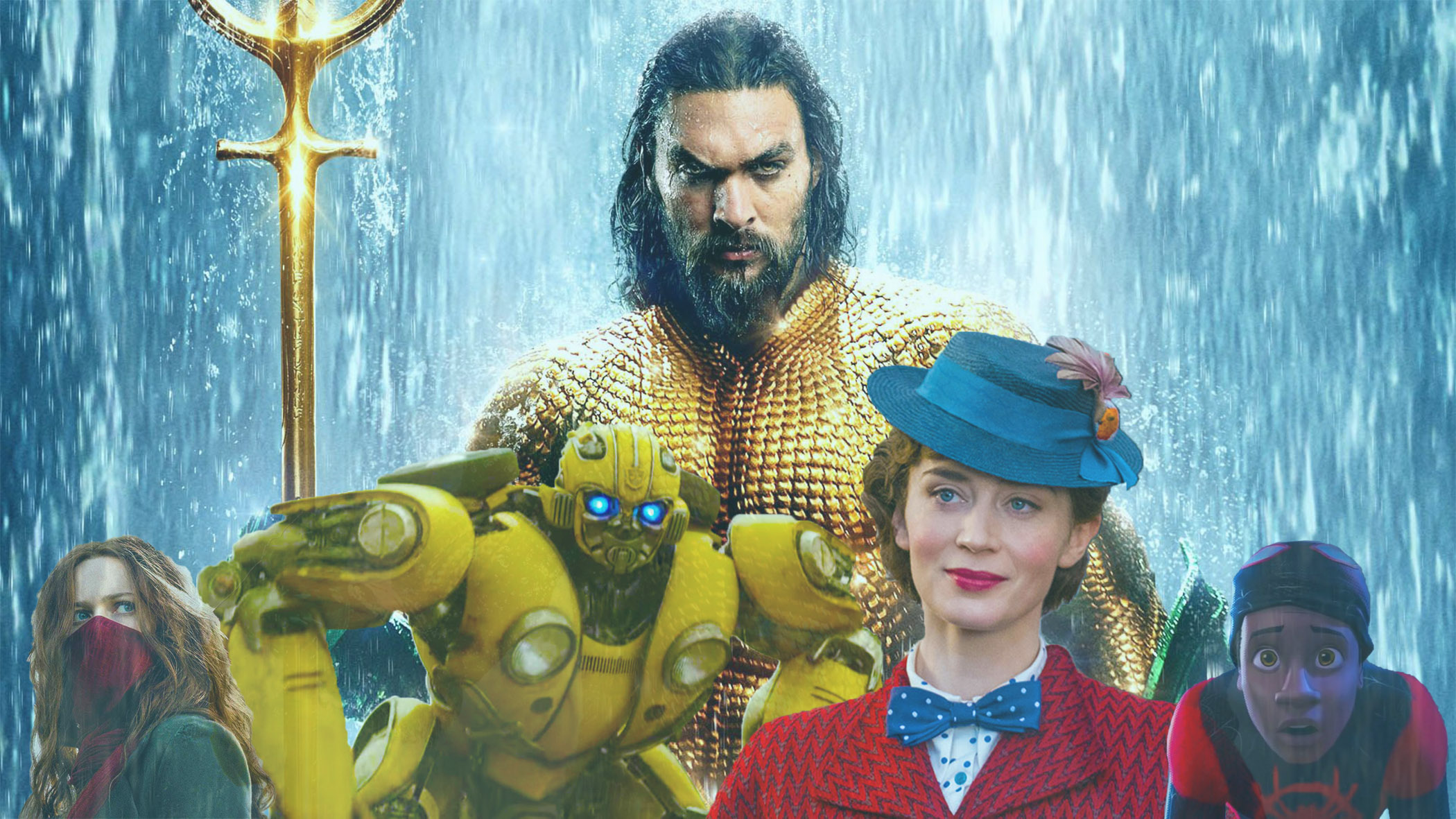 Mary Poppins who? Aquaman drowns out all competition to be 2018’s uncontested holiday season champion.

The end-of-year holiday season is a coveted release period for Hollywood blockbusters. Christmas and New Year’s Day frequently provide sizeable jumps in box office takings, gaining revenues that films would otherwise not see elsewhere in the calendar. But such spoils attract heavy competition.

In the space of just two weeks, five blockbusters, with a total budget in excess of $600 million, were released into the multiplex arena. But unlike last year, when The Last Jedi, Jumanji: Welcome to the Jungle and The Greatest Showman each made astounding returns of their own, 2018 had one clear winner.

Aquaman made waves when it cannonballed into theatres. At the time of writing the film has grossed $943 million worldwide, becoming the highest grossing DC property since The Dark Knight Rises (2012). Aquaman will surely be the first of the new DCEU franchise to achieve the coveted $1 billion milestone. What’s most impressive is that, even despite mixed reviews, the James Wan-directed film performed as if there was no competition. Clearly audiences were taken with Aquaman’s epic scale, world building and Jason Momoa’s ch(arms).

This article was ready to be published until Bumblebee opened in China and changed the outlook. The Hailee Steinfeld-starring action film benefitted extremely well from the lagged release. The Transformers prequel earned $58 million in its opening weekend in China, displacing Mary Poppins Returns from second position. Unlike much of the world, China does not have Transformers fatigue: the previous two instalments earned an adjusted total of $575 million in the territory. But Bumblebee’s total is unlikely to exceed two-fifths of Aquaman’s.

Disney’s decision to replace Solo: A Star Wars Story with Mary Poppins Returns in its Christmas roster was an attempt to put their best film forward. But audiences were lukewarm to the sequel. “Aquaman tops Mary Poppins” is a headline that earned a lot of attention, for more than one reason. MPR has thus far taken just $258 million worldwide. Unlike Aquaman and Bumblebee, though, MPR may benefit from the longer legs granted by awards buzz.

Despite being the best-reviewed of the entire seasonal slate, Sony’s inventive Spiderman: Into the Spider-Verse could only manage fourth place. The Golden Globe-winning Spider-Verse overflows with colour and humour. It is certain to secure an Oscar nomination later this month. But these features, as well as its exciting story, weren’t enough to encourage audiences to see this uniquely-animated feature.

Heard of Mortal Engines? Didn’t think so. It’s the only film here to make a loss at the box office. It had no bankable stars and the weakest Cinemascore grade of all five big Christmas releases. But it seems that people gave up hope for Mortal Engines very early. The James Cameron-produced Alita: Battle Angel ran scared from all this competition, shifting its release from December to February – a slot recently made popular by the standout successes of Deadpool (2016) and Black Panther (2018).  Mortal Engines (written and produced by the team behind The Lord of the Rings and Hobbit trilogies) could have moved, but perhaps there was little faith in the post-apocalyptic adventure performing well anywhere in the calendar and they decided to get the flop over and done with. This is despite marketing for the film setting Mortal Engines up as the first instalment in a series.

Currently, the 2019 holiday season release slate is looking less crowded with only Star Wars and Jumanji sequels scheduled. Just like their 2017 match, it is likely both will emerge as winners.