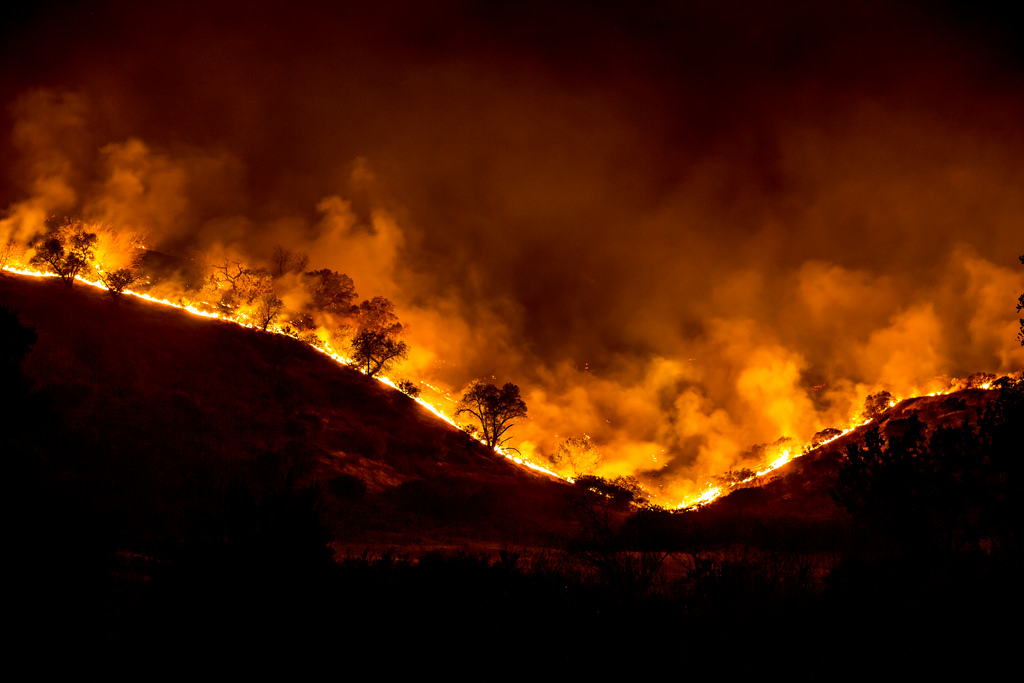 The Crisis: it’s ecosocialism or fascism

The environmental crisis is huge – the biggest crisis humanity will see. It’s bigger than both World Wars and the Cold War combined. And it will cause the biggest changes to our political and economic systems. The UN Secretary-General Guterres has announced at COP24 that “We face a direct existential threat. If we do not change course by 2020, we risk runaway climate change.” That is a loaded statement, but he’s being realistic: the time we have to revolutionise our political systems in the way they approach environmental issues, specifically consumerism, distribution of environmental protections and new energy solutions, declines by the day. This year increased global fossil carbon dioxide emissions, expected to be between 1.8%–3.7%, will exceed the rate of 1.6% in 2017.

Capitalism is responsible for the accelerating of development of production that makes the majority of societies prosper today. Without it, our world would be unrecognisable. But it would be a world without intensive carbon pollution, a reliance on unsustainable energy, and millions of preventable deaths annually. It would be a world where we haven’t waited 50 years (and realistically, more) to halt destructive consumption patterns. With it still dominating our political, economic and social systems, our consumptive trajectory will almost certainly surpass the resources our Earth can provide. The biodiversity within our ecosystem will be horrifyingly affected. We are literally at the beginning of the first extinction event within the lifetime of the human race.

This shouldn’t be a political issue: it should be bipartisan, with all political actors moving towards action. But it is political, it does divide, and the first barrier to finding an effective solution is politics. With political debates and systems around the world edging towards either end of the traditional political framework, we’re not in a place to unite around one issue. We’re focusing on short-term political issues at best, and at worst, on fabricated debates. Most political systems are geared toward making short-term decisions and policies.

But the ultimate long-term issue is the environment we reside in, depend on, and are inextricably connected to – no matter how convincing you find Elon Musk’s galactic fantasy. The environment is massively complex, and understanding it is enormously challenging. However disproportionate their media presence may be, out there exist actual experts in climate science, outnumbering climate ‘sceptics’ or deniers dramatically. 97% of them agree that anthropogenically caused climate change has begun and will have drastic effects on the biosphere (all life on earth) and atmosphere, and requires political action and economic reform. Climate deniers are backed by dark money, not peer-reviewed research. Dark money is simply special interests with an stake in profiting from further consumption of finite, highly damaging natural resources.

Ecosocialism is one way of changing our economic system to prioritise the environment. In turn, it means the prioritisation of life on Earth; not the super-rich, not consumption rights, not the ideology that humans must rule land and resources for profit.

But we are heading towards fascism, and even ecofascism. The thoroughly disproven theory that population control is the solution to the crisis is Western-centred and shifts blame upon the Global South, the least responsible; but is still supported by arguably the most famous and well-loved environmentalist of our time: David Attenborough. How can we rationally deal with such an immense issue, especially in the age of populism, when the characters we admire just aren’t doing the majority of humans justice?

In the last couple of weeks, the ‘liberal’ President Obama asked the public to attribute America’s status as the world’s biggest oil producer to his work – in the same breath as stating his pride for the 2015 Paris Agreement. It is absurd and contradictory to simultaneously advocate for oil extraction, whose only justification is capital, and advocate for international climate action. We are at a tipping point. But he did. No US President has done nearly enough required for the environment, and yet our ‘best’ hope has miserably failed.

Fossil fuel companies such as Exxon-Mobil have been proved aware of the effects of their corporate strategy for decades. We’re talking 40 years. They literally built higher platforms for oil extraction to avoid damage from sea level rise. They’ve been profiting despite their deliberate destruction of our planet, they will continue to do so without regulation: which has failed under capitalism. The former CEO of Exxon-Mobil, Rex Tillerson, was made Secretary of State in the Trump administration. And yet the costs to governments of their own making will last for at least hundreds of years, far beyond a few presidential terms. A system which has allowed this, which continues to, and will not adequately punish these people, is not our optimal economic system. Even if ecosocialism isn’t, it is on every level, ideologically and practically, the most effective solution.

The Kardashians were financially able to hire private firefighters to protect their property during the recent California wildfires. With the number of global billionaires only increasing, and no signs of the wealth gap growth rate slowing down or reversing, we must assume that privatisation of essential natural disaster defences will be our future.

The key solution to the environmental crisis is not just a shift in consumer psychology or ending climate apathy. For instance, 94% of the French population believe anthropogenic effects have at least partially caused the Crisis and 74% believe it will have “bad” consequences, but there were still riots against the carbon tax. Why? Because while taxes on the French people have been increasing, public services have been deteriorating. The solution to the crisis is not attacking working people, pressured by class-imposed shame and economic stresses. It is, as the yellow jackets say themselves, a consensual shift in the economic system.

In times of crisis, we choose decay or progress. Our societies will unequivocally not look the same in 20 years time. Let’s plot the future, since climate models will not suffice for the political changes necessary. Our political systems are not edging towards neoliberalism, compassionate conservatism or centrism: it is Bolsanaro in Brazil, or Ocasio-Cortez’s progressive movement and Green New Deal in the US. Ecosocialism is the only ideology that would ensure equal distribution of protections, alongside a drastic but necessary shift in our economy that could actually alleviate climatic damage.

There are no true market solutions to ecological collapse. The market has been instrumental in its development. The solution is economic change, a re-prioritisation, and if that does not occur, the default is still the Crisis, mismanaged by fascist ideology. I invite anyone to respond on how it is ‘logical’ that capitalism will get us out of the mess it began.

Ocasio-Cortez, despite her perceived political necessity to continue with green capitalist tropes, said: “This is going to be the Great Society, the moonshot”. Our hope that we can adapt, thrive and overcome should even surpass that. Take a breath. Search Google Images for Earthrise: the first photograph of the Earth ever taken, on the 24th of December 1968. 50 years ago. If we did that, we can do this.

PrevPreviousThe NUS is a sinking ship – let’s escape while we can
NextYellow Vests or Yellow Bellies?Next
On Key