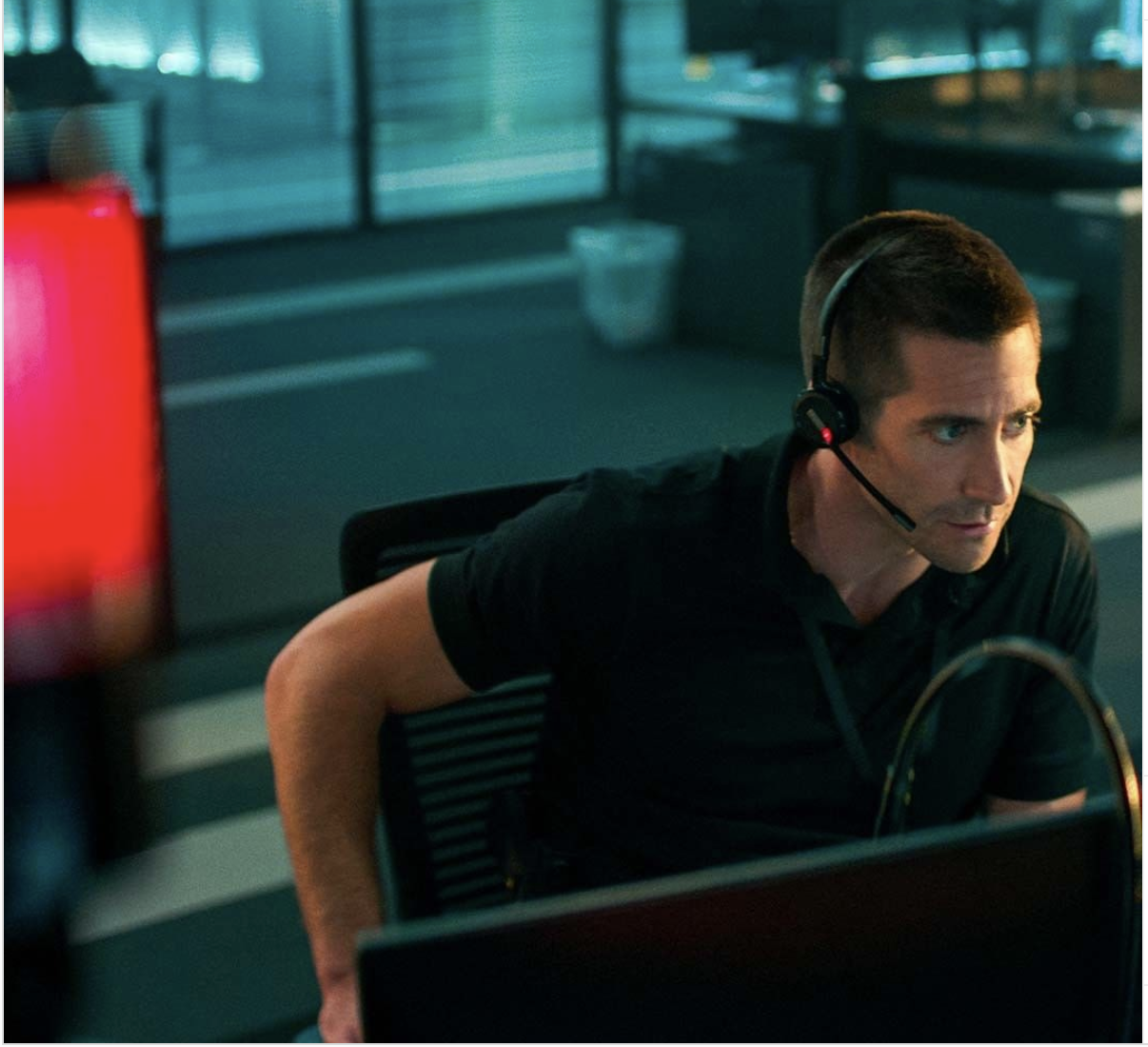 In his new Netflix movie, The Guilty, Jake Gyllenhaal brings us behind the scenes of a 911 call centre. We follow call operator Joe Baylor (Gyllenhaal) as he attempts to save a distressed abducted woman over the course of one night.

However, the movie does not quite fulfil the promises it sets. Is it intense? Yes. But is it gripping? Do we care for the characters? Not completely. As the only on-screen main character, Gyllenhaal has to literally carry the whole movie. Unfortunately, while there is no denying he is a brilliant actor, he was lumped with a plot that lacked nuance.

Rimed with bags under his eyes, struggling with asthma, Baylor is depicted as lonely, antisocial and troubled. He quickly becomes overly emotionally attached to his caller’s case, even before the audience has started to care about it. While the situation is pressing, the movie fails to build tension. Without transition, Joe switches from bored to ready to put his job on the line after just one phone call with this woman. Surely a 911 call responder would know how to keep calm and handle a delicate situation? It is hard to believe how he got this job as he keeps making impulsive – and obviously bad – decisions that make you want to scream at him more than root for his success.

The choice to bring the audience only to this particular moment in his life, merely hinting at his complicated past, could have added some depth and mystery to his character. However, his hot temper and constant rejection of others’ sympathy prevents us from empathising with him. As a result, until the last ten minutes of the movie, Gyllenhaal’s character arc doesn’t truly evolve; he instead seems perpetually angry and frustrated at the world.

The pacing of the movie is awkward. The Guilty is not quite able to make ‘watching Gyllenhaal talk on the phone’ entertaining for an hour and a half. After the initial rush of getting the call, I lost interest halfway through as the story stagnated. However, the plot twist was unexpected. It completely redeemed the movie, reviving the action for the last half hour. From this point onward, I was enthralled and glued to every turn of events until the end.

Overall, the movie is still a fairly enjoyable one-time unmemorable watch. The Guilty’s strength lies in its premise: from the first phone call, we are intrigued. While not as invested as Joe, we still want to know more. Nevertheless, as an American remake of the Danish film, Den skyldige, it does not add anything to the long catalogue of Hollywood’s thrillers.