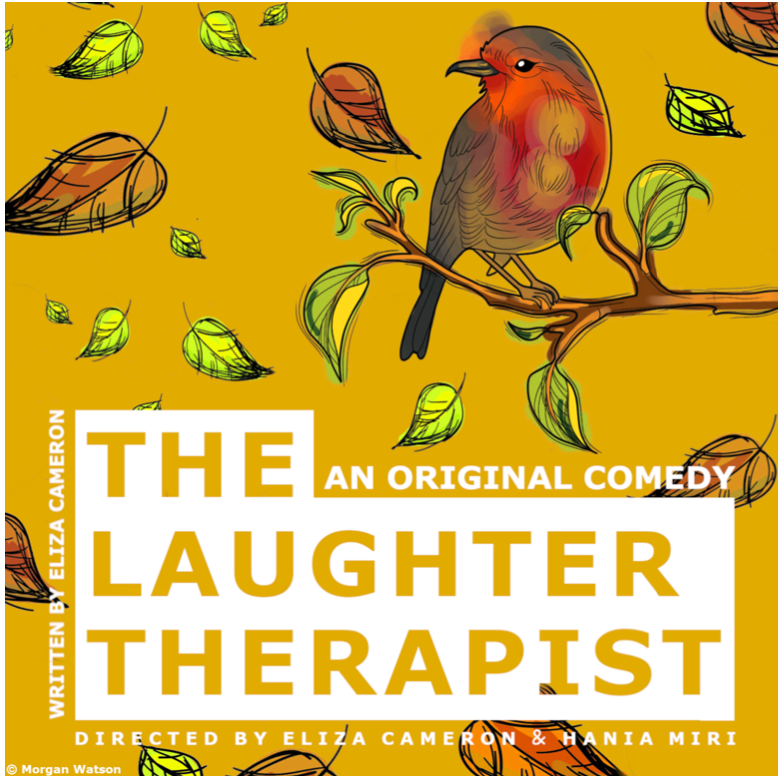 The Laughter Therapist: not quite Fleabag ★★★

By Sonja Belkin and Megan Széll

The Laughter Therapist bills itself as the ‘perfect watch for lovers of Fleabag’ – an ambitious comparison to live up to for even the most talented of writers. Yet, despite setting such high expectations, the play ultimately falls short of the mark.

While all art is imitative to some degree, The Laughter Therapist feels too obviously derivative. Like Fleabag, the protagonist, Charlie, is a chaotic young woman who uses one-night-stands and alcohol to distract from her deep-seated insecurities, and interacts with the audience through snarky, fourth-wall-breaking asides. By inviting the comparison, the play betrays its attempt at originality – though its quirky set-up, in which Charlie semi-accidentally becomes an unqualified laughter yoga therapist, is refreshingly inventive.

Despite labelling itself as a comedy, The Laughter Therapist seems to spend more of its run-time on serious, subdued conversation between its characters. This is a shame, as the show’s comedic moments were often its most successful. Recurring jokes, such as Charlie’s much bemoaned favourite bottle-opener that she loses in her break-up, Maggie’s precious ‘malashite’ crystal, or Nick and Stella’s argument over the ethics of Stella’s non-recyclable coffee cup got enthusiastic laughs from the audience. A personal highlight was a quip about attempting to be adventurous at bars, before just ordering a classic vodka lemonade – something that hit especially close to home for one of us. Of particular note was Jordan Louise Harris’ stellar performance as Maggie, the eccentric manager of the Laughter Therapy Clinic. Her fabulous comedic timing and dynamic body language made her character one of the most enjoyable aspects of the show.

Unfortunately, the play could have benefitted from more laughter and less therapy, as its emotional scenes, which formed the majority of the second act, were often let down by cliché dialogue. As Charlie settles into her role as a fraudulent therapist, she begins to connect with each client individually, embarking on a steady series of self-help crusades, personalised for each character’s particular brand of trauma. While, in theory, this could have been a touching element of the play, the treatment of Charlie’s generic advice as somehow revolutionary is an insult to the whole institution of psychotherapy. Charlie is able to cure a girl of her depression through just a few conversations about her poetry, and help a boy abused by his homophobic father by telling him to ‘run as fast as he can’. The writing of this character’s backstory is particularly weak – Charlie asks whether he could live with his mother instead and, conveniently, this option both exists and is somehow something he’s never considered before. Perhaps it’s the psychology student in me speaking, but the entire play appears beset by a fundamental misunderstanding of the therapeutic method. This is epitomised by the final scene of the first act where, in an attempt at psychoanalysis, Maggie asks Charlie to lie down and count backwards until she gets to a year that feels ‘painful’ to her, only to discover that Charlie’s insecurity entirely stems from her dad leaving home as a child. Yet, despite how ‘powerful’ this moment is made out to be, Charlie’s backstory is never referred to again, and the scene’s revelation has no tangible impact on her actions.

Charlie’s disrespect for the therapy methods she is administering is likewise never explored. Despite meddling in the fragile lives of her clients with absolutely no training, Charlie is miraculously 100% successful in solving their problems, and the very real possibility that she could have harmed one of them is left frustratingly unacknowledged. In fact, Charlie’s natural empathy and innate care for her clients signal a further issue with the play: its unwillingness to commit to the concept of Charlie as a legitimately flawed person. Yes, she is a compulsive liar, but her lies rarely lead to negative consequences for those around her – her job being no exception. Yes, she can be rude and disrespectful, but only in her asides – unless provoked, she is generally nice. Yes, she drinks and fucks away her problems but, once again, this harms only her. For a production that markets itself as having ‘the most flawed 21st century woman you’ll ever meet in a play’, Charlie’s sins are surprisingly absent.

That being said, the play did have a few breakthrough emotional moments – most notably, the scene where we learn about Stella’s heroin addiction. Noelle C. Sacher, huddled defensively in a dressing gown, expertly conveys the despair leading to her drug reliance in a genuinely chill-inducing performance. Stella’s reticence towards Charlie’s intrusion into her personal life was a welcome relief from the unrealistic willingness of all the other characters to completely open up after a few conversations. Bede Hodgkinson gives a similarly touching performance as Ted, a man grieving but slowly moving forward from the death of his wife. Moments like these elevated Charlie’s patients beyond their statuses as traumatised tableaux.

Though it is worth mentioning the unacknowledged ethical dilemma of Charlie’s feelings for her patient, Ted, the initial stages of their relationship were amusing. Particularly memorable moments included Ted’s introduction, ‘Do you like watching true crime?’, and Charlie’s comedy-of-errors-esque attempts to ‘manifest’ away her attraction. However, just when it seems their relationship will subvert expectations – ‘You don’t really love me’, Ted tells Charlie, ‘you love the idea of being loved’ – they inexplicably close the scene on a kiss.

Still, despite its flaws, The Laughter Therapist was an overall enjoyable watch. The play had good pacing, never dragging too long on any one particular character or scene, and we were genuinely invested in seeing Charlie’s storyline unravel. The impressive performances of the cast carried the story through moments where the writing fell short, and ensured that The Laughter Therapist did indeed deliver on its promise of laughs – and, occasionally, its promises of therapy.

Hi, I’m Sonja! I’m currently studying Psychology and Behavioural Science at LSE. I’m interested in discussing politics, books, music, food, and films (and am always grateful for recommendations!). Feel free to reach out to my instagram @sonjabelkin if you have any questions. 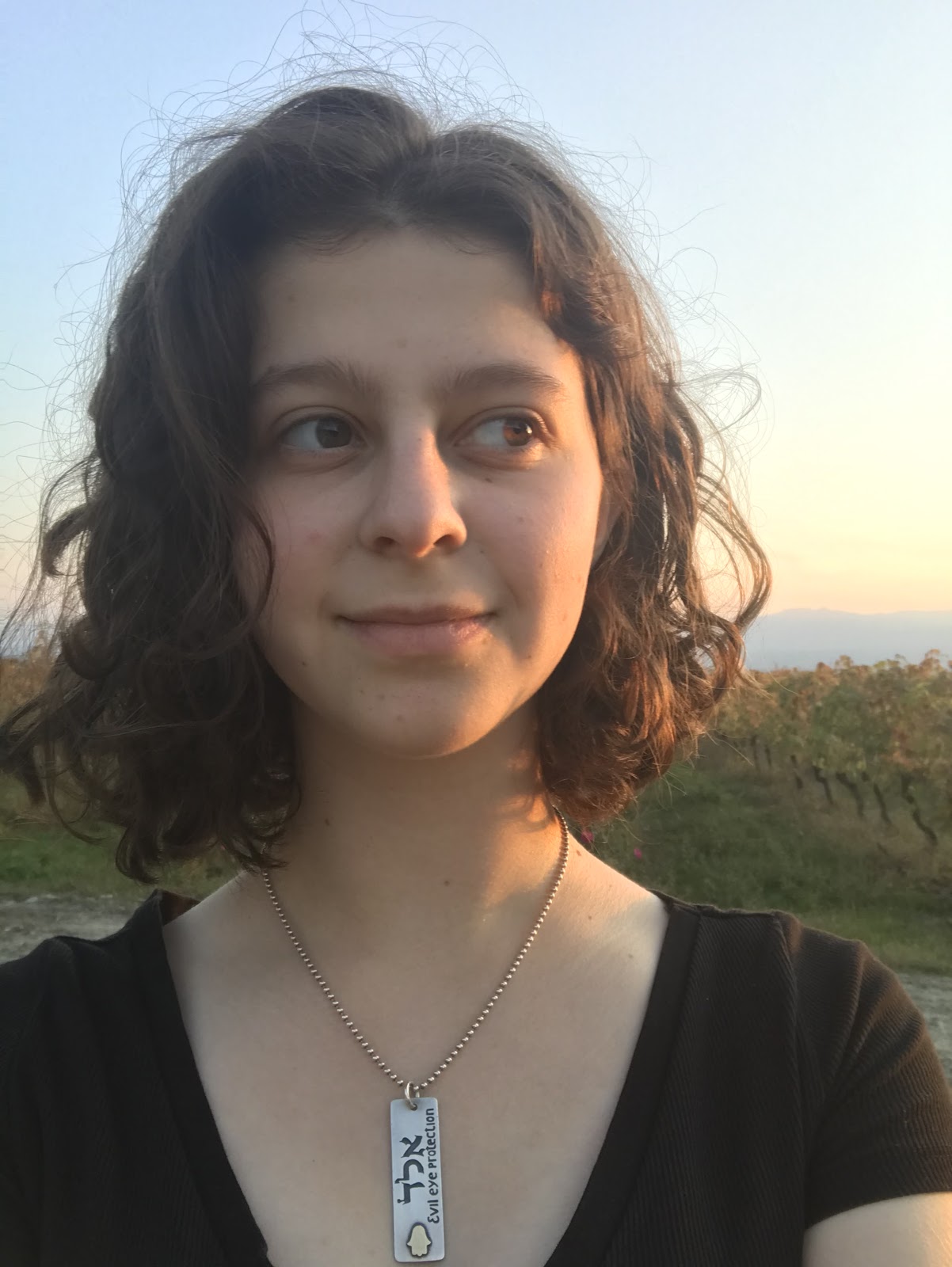 PrevPreviousSurrealism Beyond Borders ★★★★
NextAldous Harding ‘Warm Chris’ : Nectar for the Bored ★★★★★Next
On Key