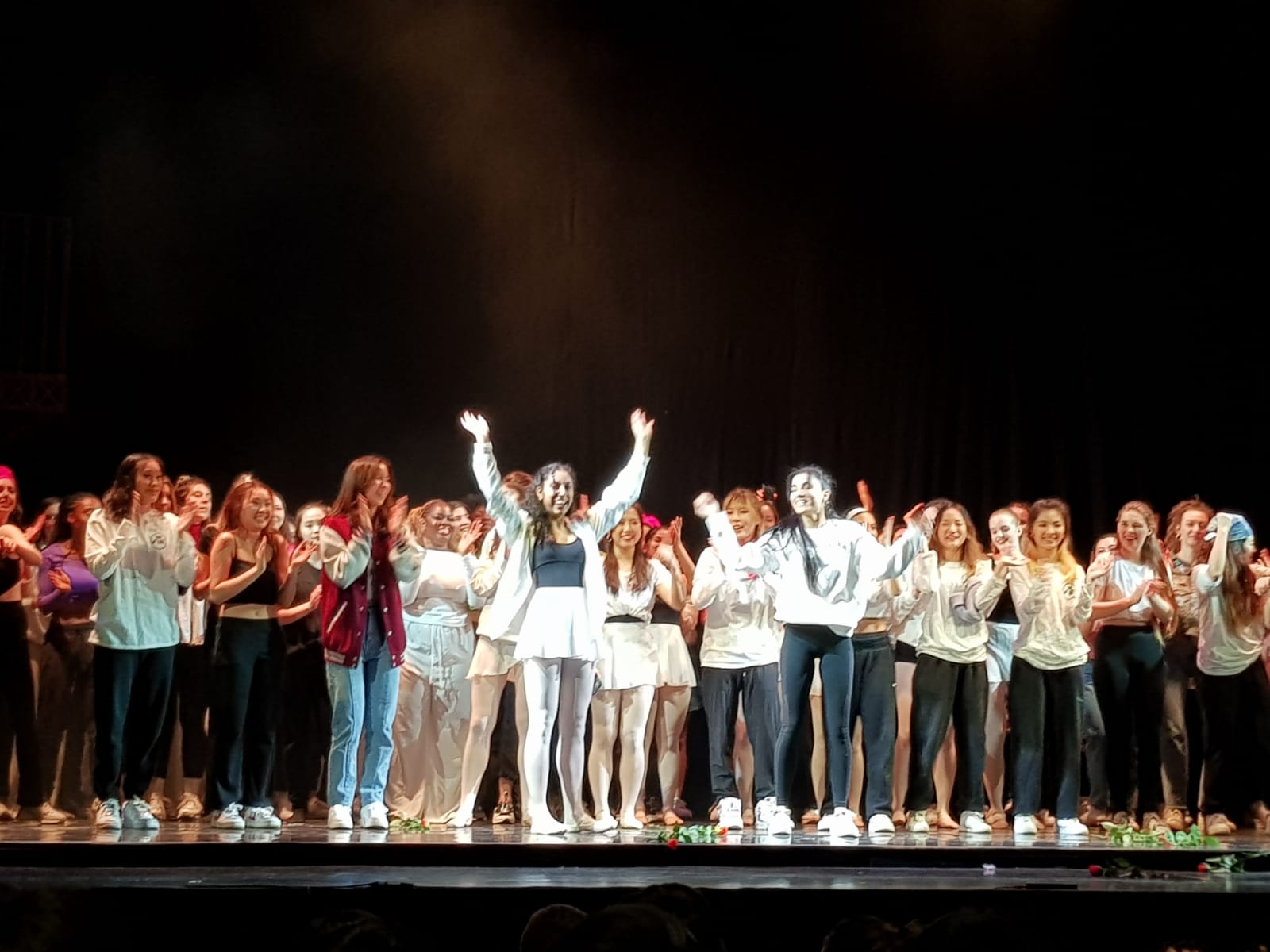 The show must go on! LSESU Dance Society ascends to deliver a powerhouse show ★★★★

By Inayah Inam and Rohan Kuruvilla

‘AscenDance 2022’, LSE’s biggest annual dance event finally returned in-person to the Peacock Theatre after a long three-year Covid sojourn. Promising a variety of dance pieces and genres ranging from jazz, hip-hop, ballet and contemporary fusion, the show was hyped up as a great fixture in the LSE social calendar in March.

Entering the Peacock theatre, a venue that feels weirdly opulent and very different from the SU venue, helped distinguish the individuality of Dance Society and their historic showcase from other creative events at the LSE. Being ushered into the main theatre with its programmes, you got the feeling that everything concerning the audience experience had been thought out. Our two hosts, LSE alumni who introduced the show and its theme, gave off an awkward corporate formality that city workers slightly out of place in a creative setting let off.

Starting with some street jazz flair and fun to Jason Derulo’s ‘TipToe’, the show opened with an air of playful exuberance. Some performances were stronger than others with some having more noticeable stamina but overall, it was a satisfying introduction for the next four hours.* Moving into Ballet, which began marginally out of sync and was on slightly shaky footing from some performers, nevertheless was broadly graceful in its attempts to express the experience of sound travelling through the body.

The rest of the show after its abrupt pause, got back to a bang, cutting down the host’s appearances and simply focusing on the efforts and performances of the dancers. It was inspiring to see the hard work the dancers had put in and to see their passion on stage. The dance sets were effective with their use of lighting, props and clothing, and these helped to enrich the overall experience. Particularly, the use of chairs elevated performances with the visual appeal of multiple layers and movements. Moreover the choice of clothes seemed geared to maximise the individuality and vibrancy of each performer with most performances involving dancers wearing completely different colours. Here the meticulous planning of the lighting and stage arrangements were clear, complementing the performers outfits and music. In addition, symmetrical layouts added an inventive dimension to the performances, changing it up, and keeping it fresh throughout the two hour run-time.

The decision to bring back alumni was impassioned and by the end, the pure joy of their return was palpable in the audience. Reclaiming their opportunity to perform, ‘The Great Revival Part 2’ was truly joyous and the climax of the show, demonstrating their seniority in terms of their craft and skill. AscenDance’s theme felt very zeit-geisty touching on ideas of legacy, feminism (most coherently in the ‘Barbie’ piece) and climate change (‘Against the World’) along with ideas of resilience in the ‘Revival’ pieces.

‘AscenDance 2022’ was a true transformative eruption of communal creative talent and energy. We can’t wait to see what future committee’s do with this very special society and its legacy.

* The show was stopped after its first two performances due to an emergency medical situation. It resumed two hours later.