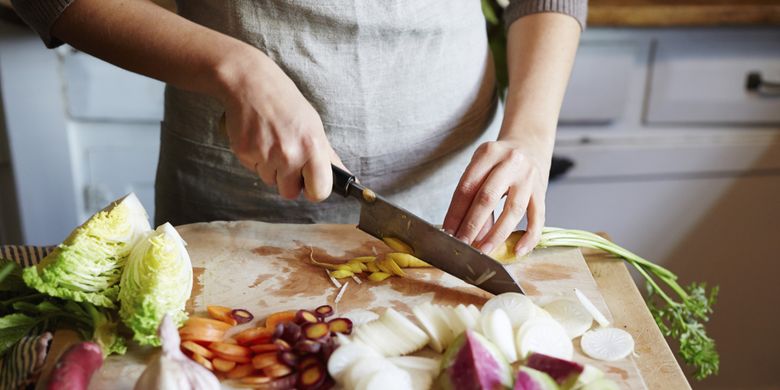 The Term ‘Cultural Appropriation’ Doesn’t Reduce Segregation, It Increases It

Before I begin, it worries me that my opinion on this matter is not the norm. In fact, it seems it is controversial. For someone who has kept their head down politically and socially for most of their lives, thinking if you follow good morals you can do no wrong, it is frightening. With that being said, I welcome debate to the following, it’s what keeps life spicy.

As I scroll through my timeline and talk to my friends the term ‘cultural appropriation’ comes up more and more. Maybe it’s because Facebook overhears my conversation… but I think its because it has a higher uptake as a legitimate term. There is no one solid definition of it. Instead I see cultural appropriation being used in random circumstances, usually to berate people. ‘My culture is not your prom dress’ is one example of this where an American girl wore a Chinese style dress to prom. My initial reaction was ‘cool she has a nice dress’ before laughing at the bizarre memes of people wearing Ikea bags that followed. To others it sparked outrage as they thought she was degrading the Chinese culture.

This is totally weird to me.

From when I was in primary school I was taught that we should appreciate and respect other people’s cultures, learn from them, incorporate them in our society. This includes food, clothing, music, dance, language, stories and many more aspects that humans share. This means our society can progress and understand each other better by partaking in each other’s cultures. Should pizza be exclusively consumed by Italians? Surely that would upset a lot of drunk Uni students at 3am being told Dominos no longer exists. Similarly, when I walk down the high-street, its obvious the influence diversity has had on our fashion industry. There are Japanese prints on Zara dresses, Indian style patterns on Primark bedding and Spanish style twists to flowing skirts from Topshop. London is a wonderful example of how many cultures co-exist and thrive in once place. The term ‘cultural appropriation’ now adds a damper to that.

Its effect is twofold. The first it increases and advocates the very thing people have been fighting against – segregation. Segregation is the state of being set apart and separated from one group or another. Something that human rights groups, large political movements and those who were discriminated against have fought and died for to remove. Now, People are being told by their overly sensitive friends that they can no longer wear dragon prints on their trousers because that appropriates Chinese culture. Just yesterday Jamie Oliver was called out for releasing a new flavour of rice called ‘jerk rice’ because it wasn’t wholly loyal to traditional jerk chicken recipes (it contains only 3 of the normal ingredients used). Surely, we are allowed to be inspired by traditional recipes and create twists on them? That’s how fusion cuisine is born, that’s how we discover new things that work together. Instead people are told to keep their head down and stick to their own culture for the risk of offending someone. I’ve talked to friends who are now so afraid to wear anything that is remotely not their culture for risk of being slated or being told they are fetishizing the culture for their personal pleasure.

People may cry that we are just making up for Britain’s awful colonial past. Should the British stop drinking their ‘British’ tea or be at risk of being told off? Multiracial communities around London are also a result of colonialism because they moved to the UK after being told there are ‘better’ prospects in the UK (whether this is ultimately true is irrelevant, but the point is it exists). Throwing around ‘cultural appropriation’ can’t just be anti-colonialist. Why then, are East Asian girls also slated for wearing Indian outfits and posting it on social media. Why did Gonzaga University issue a firmly worded statement warning “non-Mexican individuals” against celebrating Cinco de Mayo? The campus multicultural centre published a minatory infographic ordering, “Don’t you dare try on that ‘sombrero’.” That discriminates against ALL other races who aren’t Mexican. I have so many fucking questions.

I have kept my examples general with no in-depth analysis into specific cultures or history because the accusations of cultural appropriation and fetishization also seem to be random. They target anyone who seems to offend, no matter their skin colour. Therefore, I will not try and justify each claim.

The second effect the term has is much scarier than just how you should wear clothes or food. It relates to societal progression as a whole. We don’t realise how far we’ve come. Even in my parents’ generation there was huge controversy over mixed race marriages. I’ve grown up with media like Corrina Corrina, West Side Story, Save The Last Dance and many more where people battled against segregation and stigma for love and equality and progression of society. I myself am a mixed-race child (which wasn’t without struggle for my parents) and proud of it. As an aside, I haven’t specified what my origins are because this article isn’t for people to get finickity with my background, but to welcome debate on my overall argument.

Our society has progressed so far that I didn’t even think twice before introducing my Indian boyfriend to my family, to my friends and to everyone I know because they need to meet him and he’s amazing. There is no fear that someone may harass me or him because we are walking round as a couple – not in London at any rate. However, now even that seems to be being turned on its head.  I watched a video posted by the BBC recently showing a black couple who advocated not dating outside their own race with the hashtag #blacklove. They went on to explain that mainstream media is ‘too progressive’ by showing interracial couples when they need to show strong black family units. The man in the video then went on to say that black men are seen as ‘sell outs’ if they date outside their race and that black people are ‘fetishised’ if they are not dating someone of their own race. How am I supposed to feel comfortable or believe what I’ve always been taught of ‘love is love’ no matter of race, gender, sexuality, disability or anything else when I’m being taught now that even dating outside your race is fetishizing the other and appropriating them? I don’t date my boyfriend over the colour of his skin, nor does he date me for mine, we love each-other because we work well together. Isn’t this further advocating for segregation by discouraging people to date for love and to date only in their race? Also, what if that was a white couple with the hashtag #whitelove, isn’t that racist? I have so many questions.

I feel this article should be renamed ‘I have so many questions’ now, because something else puzzles me. Most of the people I know to enforce and use the term ‘cultural appropriation’ are those of the educated middle class (specifically in the UK). These are the same group of people who are anti-Brexit, anti-separatist, trump-protest-goers, anti-racism advocates. How can you claim to be liberal and for free speech whilst limiting and guilting others? I have so many questions.

We have come so far as a society, both in the UK and globally. There has been a major shift towards acceptance and tolerance and exchange. But now it seems to have gone around the corner and come to a stop near where it started. It’s not just Trump, or Bojo who make outrageous racist comments. It is their sworn enemy – liberal movements who are now restricting speech, actions and thoughts of others and cultures deliberately separating themselves from others. Can we stop throwing around the elastic and ill-defined term: ‘cultural appropriation’ for when it suits us? Can we actively engage in cultural exchange, learning and tolerance – rather than shutting people down? I hope so.

The writer did not wish to publish their name, but offered details to the Beaver.