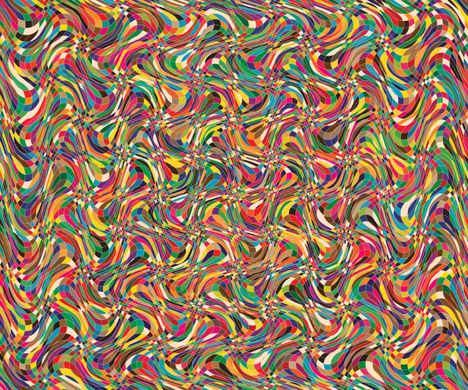 I would like to offer a response to a recent article published surrounding cultural appropriation. Firstly, I want to acknowledge my own position within debates surrounding race, which is one of privilege. As a white British person, I have no personal experience of my own culture being appropriated, and paradoxically, that is exactly my reason for writing this piece. I don’t intend for this to be a lecture to people who have direct engagement with the issue – that would be both unnecessary and unfounded – but rather to be a comment and suggestion to those who don’t.

In any of its many manifestations, cultural appropriation is grounded in the long history of oppression of non-white/ non-western people, and the commodification of their identities for use as Western signs of glamour or exoticism. Whilst the original ownership of symbols and objects can be disputed, the imperial context under which they now operate cannot be. Sadly, yet irrevocably, this has fundamentally altered interactions between people of colour and white people, including social, political, and, most importantly for our discussion, cultural.

The article in question, in my opinion, fails to adequately comprehend the context in which debates surrounding cultural appropriation are held. Comparing cultural examples as if all cultures – western and non-western, historically oppressed and historically dominant – exist in similar social positions and relationships to power does not provide the nuance and consideration that the issue deserves.

For example, the argument that British ‘pizza’ as a form of appropriation is comparable with that of traditional Chinese dress or Caribbean food shows a failure to adequately consider the distinction in imperial histories and racial hierarchies integral to the very concept of cultural appropriation. These factors don’t simply inform debates surrounding appropriation, they create them. It is thus impossible to overstate the importance of context, and ignoring the blatant differences between Italy and China or the Caribbean means that the article fails to grasp the very essence of cultural appropriation.

In a similar way, the comparison of ‘black love’ with ‘white love’ does not follow. The campaign for ‘black love’ aimed firstly to promote images of positive and healthy black relationships, which are underrepresented in the media because of (you guessed it) systematic and ingrained racism. It also aimed to acknowledge that within mixed-race relationships, people of colour could be subjected to racism, from the friends, family or even partner in question. To read the campaign as one intending to promote racial segregation lacks, like earlier comparisons, an awareness of the structural and historical contexts in which cultural distinction occurs.

We cannot simply pretend that imperialism didn’t happen. Whilst I share the author’s desire for a world free of segregation and enriched by equality, this cannot arrive without a systematic change in the behaviour and interactions of white people. No, this generation of white British citizens cannot take responsibility for the actions of those they didn’t know nor ask for over one hundred years ago. However, our generation has undoubtedly benefitted from those actions in a multitude of ways. That isn’t to say that there aren’t subsections of inequality between white people, but simply to acknowledge that race isn’t one of them.

If we don’t join the fight against these continued racial inequalities, then we are part of the problem. We can’t retract the past, but can certainly change the future. If we are to truly attain the kind of society I’d hope we all want to live in, we must accept and work to break down the hierarchical power structures which remain. Cultural appropriation, on the other hand, simply serves to obscure and perpetuate them.