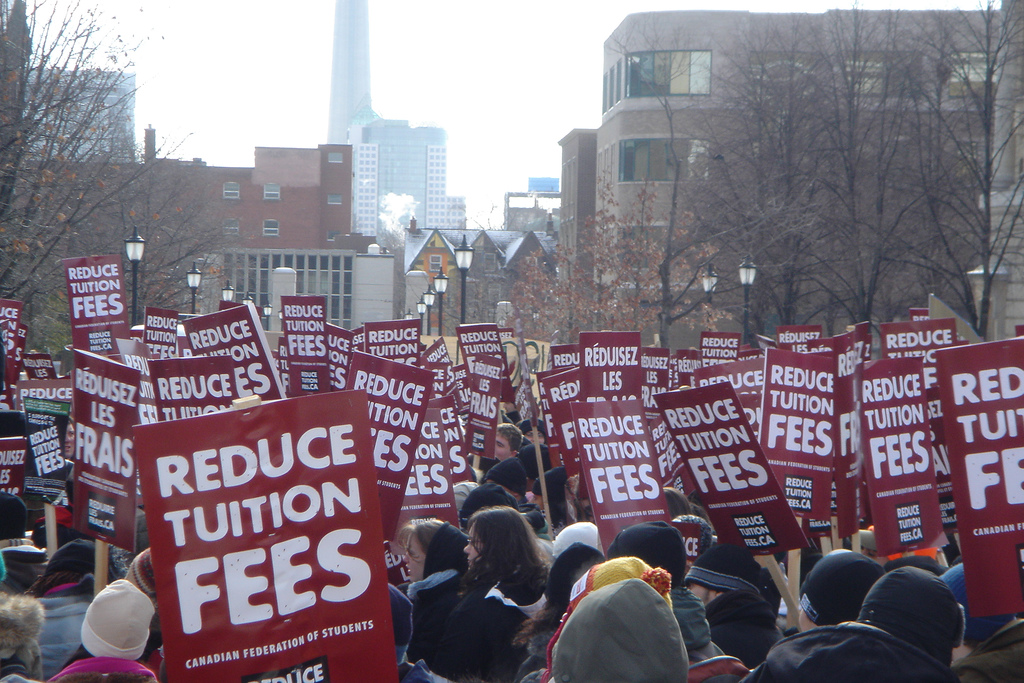 Prime Minister Theresa May last week announced plans to freeze tuition fees at £9,250 until 2019 and to raise the salary threshold for student loan repayments from £21,000 to £25,000. The Institute for Fiscal Studies estimates that the move could save the average student £10,000 over the course of their repayments while costing taxpayers £2.3 billion a year.

However, no changes were proposed to the highly controversial interest rate on student loans, which rose from 4.6 percent to 6.1 percent at the start of the academic year. There was also no mention of a reversal of plans to scrap maintenance grants for poorer students.

‘Too many young people fear they are going to be worse off than their parents,’ May said. ‘We have listened to those concerns and we are going to act to offer a fairer deal for students and young people.’

A new cap on fees is a sucker-punch to the government’s Teaching Excellence Framework (TEF), a brand-new initiative that allows universities to raise the cost of tuition if they get a good review. Even with the lowest-possible Bronze rating under the TEF scheme, the LSE still qualifies for such perks and, given prior trends, it seemed likely that the School would raise tuition fees again for the upcoming year, potentially to £9,500. The new cap has thrown these prospects into disarray.

‘It’s better to look at the tuition fee “loan” as a tax on graduates,’ said Alexander, a Comparative Social Policy master’s student. ‘Freezing the fees in not very useful. However, increasing the repayment threshold makes sense if she wants to help lower-middle class people with university degrees.’

May’s announcement was part of a wider set of proposed changes that also included extending the government’s Help to Buy scheme, which is designed to encourage young people to get onto the property ladder. Such moves were widely seen as a political ploy to lure younger voters away from support for the Labour Party, which has recently enjoyed a surge in popularity after an election campaign earlier this year that promised to scrap tuition fees altogether, at a cost of £10 billion annually. The Conservatives’ new expansion of Help to Buy would also cost £10 billion, but would only occur once.

The bundle of announcements appeared to be a last-ditch effort by the Prime Minister to secure her place as Tory leader. Unfortunately, her much-criticised speech at the Conservative Party Conference three days later was widely considered to have undermined her authority further and to have scuppered whatever progress she may have made.

Another highlight of the conference was Universities Minister Jo Johnson’s suggestion that students should be able to lighten their financial burdens by living ‘a frugal existence, focusing on their studies.’ Meanwhile, his brother, Foreign Secretary Boris Johnson, was being tipped for party leadership.

The consequent political instability and factional manoeuvring caused the pound to fall in value this week, thereby fuelling even greater uncertainty among international students whose money from home needs to be exchanged to sterling in the early stages of the academic year. Not only does the announcement of a fees cap do little for non-European students, but the ensuing power struggle at the heart of government is also making the future harder for them to plan, thereby compounding existing worries linked to Brexit and job prospects after graduation.