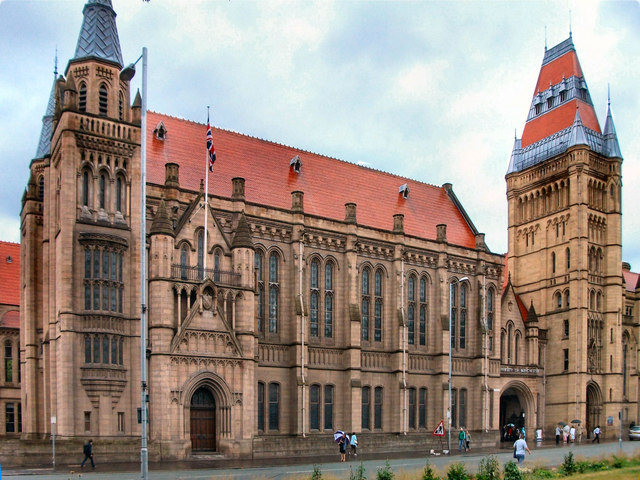 University of Manchester Staff to Strike

Members of the University and College Union (UCU) at the University of Manchester have voted to strike 23-24 October in response to the university’s proposed 171 job cuts – of which 140 are academic positions.

The University of Manchester (UoM) announced the proposed redundancies in May, as part of the Manchester 2020 plan seeking to “streamline” the university by 2020. The university has stated, “To achieve our ambitions for excellence we need to improve the quality of our research and student experience in some areas, generate a capability to invest in our strategic priorities, and to ensure the sustainability of the university.” The university has said that attempts to reduce posts would be made by “generous” voluntary severance and redeployment where possible – but compulsory redundancies cannot be ruled out.

The University also initially cited a need to create “financial headroom” in the face of the uncertainty that the higher education sector faces in the upcoming years, created by the prospect of Brexit and new government legislation (Higher Education and Research Bill). The UCU has rejected the validity of these claims, citing the £1.5bn of reserves shown in UoM’s 2015-16 financial statement and its recorded £36m surplus last year. They have instead suggested that the proposed redundancies come in response to the teaching and excellence framework (TEF), trialled last year. The university has also since denied Brexit as a factor in its decision.

Members of the union voted overwhelmingly in favour of the strike, with 86.7% supporting it (and 93.1% backing some form of industrial action) in a turnout of 57.7%. In a recent staff survey conducted by the UCU, 88% of respondents did not believe a convincing rationale had been provided for the redundancy proposals. Martyn Moss, UCU’s regional official, has reiterated this, stating, “Staff are not confident that the process will be fairly and consistently implemented. Striking is always a last resort and there is still the opportunity to avoid it.” The university has responded by expressing disappointment in the proposed strikes, stating staffing changes had been considered with all three of UoM’s recognised trade unions through an “extensive consultation process.”

Following the strike, staff would additionally begin working to rule from 25 October. They would only be doing the minimum as required by their contracts, including not working during breaks or after work. This is despite the university/research sector relying on academics’ after-hours work.

The proposed 140 academic redundancies come from the faculty of biology, medicine, and health (65), school of arts, languages, and cultures (35), and the Alliance Manchester business school (40). In an email sent to staff shortly after the announcement, the university outlined criteria that would mitigate staff being ‘at risk’ of redundancy – with a particular focus on research/publication. The appropriateness of these metrics has been questioned, particularly when considering the fields of humanities and psychology are included in the faculty which faces the largest number of proposed cuts. The university also announced plans to create over 100 early-career academic positions as part of its “strategic investments” – to accusations of planning a “clearout” of existing academics in favour of less expensive, junior staff.

The proposed redundancies have  impacted the mental health and morale of staff both individually and departmentally; over 900 staff have at one point been told their jobs were potentially at risk. Students have also felt the effects, worrying about the academic futures of their lecturers and supervisors, and how it would impact their own learning/dissertations. UoM’s SU Senate have passed a motion in support of staff at risk of redundancy and the UCU. Save Our Staff MCR, a university-based campaign which aims to prevent the redundancies (also comprised partly of students), has also expressed support for the strike.

UoM is not the only university to propose job cuts; UCU members at the University of Leeds similarly went on strike last week, 11-13 October, in the face of new unfair dismissal policies – with the backing of several MPs.