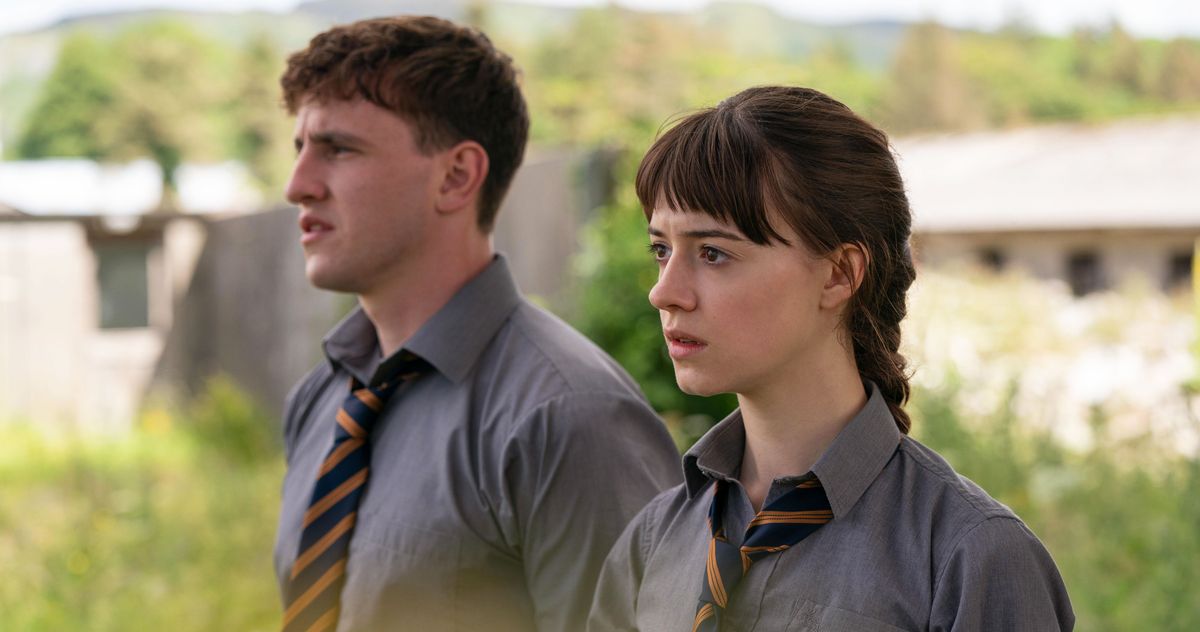 We need to stop casting adult actors to play teenagers

CW: Discussion of body image issues, predatory relationships and the sexualisation of teenagers.

How old really are the people you see on TV?

When you watch Grease, it’s almost funny how unrealistic the actors look. Some of the characters look twice the age that they’re supposed to be, and for good reason. Rizzo’s actor, Stockard Channing, was 33 at the time of filming, singing about her experience as a liberated teenager.

People approach this age-inappropriate casting with two misconceptions. They view it as harmless and a thing of the past. It’s neither.

We can observe the same trend in recent film and television. When Never Have I Ever came out, show creator Mindy Kaling congratulated herself for casting an age-appropriate female lead, joking in an interview with USA Today that, ‘there’s a ton of teen shows where the average age of the actors is, like, 29’. I agree with her! I was really glad to see a prominent creator calling out the unrealistic standards in her industry. Then I saw the male lead. For the role of a 16-year-old boy, the show cast a man who was 29 at the time of its Netflix release, who said he spent the best part of a month in the gym to prepare for the role.

Why are those acknowledging the problem of age-inappropriate casting among the perpetrators?

This isn’t just one programme. Looking at the age of various actors when their shows were first released: Lily from Sex Education was played by 27-year-old Tanya Reynolds; Josie from Riverdale was played by 29-year-old Ashleigh Murray; and Eloise and Penelope from Bridgerton were played by 31-year-old Claudia Jessie and 33-year-old Nicola Coughlan, respectively.

Furthermore, Euphoria, Glee, Elite, Derry Girls, Game of Thrones and Pretty Little Liars have also shown over-aged teens, alongside films such as The Hunger Games trilogy, Carrie, Mean Girls and each of the recent live-action Spider Man movies. The more I research, the more I realise that age-inappropriate teen casting is everywhere.

I see three main reasons why this is damaging.

Firstly, there’s the impact on body image. Did anyone at your sixth form look like one of the characters from Euphoria? Do the people you know in their late twenties look like those in their mid-teens? 15-year-olds don’t look like 25-year-olds. We carry weight differently, we develop muscle and our general physical maturity changes over time. I appreciate that there might be a couple of people in their early twenties who could pass for being in their teens. But this isn’t just one or two actors: it’s a systemic issue where the teenagers are almost always played by adults. They’re not carefully selected adults who look like mid-teens. They’re adults who look like adults, poorly concealed by school uniforms.

Life imitates art. We internalise what we see on screen. We must acknowledge that barraging teenagers with images of older people masquerading as their peers contributes to feelings of inadequacy and underdevelopment. You shouldn’t look like the ‘teenagers’ from Riverdale. That’s not what they looked like when they were in their teens, and it’s not what we should present as a beauty or body standard.

In a 2019 study by the Mental Health Foundation and YouGov, 37% of surveyed 13-19 year olds in Great Britain reported feeling upset with their body. 31% felt ashamed. We emulate celebrities, and people are always going to compare themselves to those they see on screen. We shouldn’t be presenting teenagers with extremely attractive older actors and refer to their characters as ‘16’. It sets an unrealistic body standard, encouraging teenagers to pursue a body type largely unattainable at their age.

We’ve allowed our perception of what a teenager should look like to warp, and it’s time to set some realistic standards.

Secondly, we need to think about the presentation of relationships that include teenagers. Countless films and programs have depicted teen relationships, often as over-glamorised. Worryingly, this extends to implicitly condoning abuses of power: the over-aging of the actors suggests that the participants are older than they are.

Let’s take the example of the recent show ‘A Teacher’. It’s about a relationship between a teacher and her student, supposedly meant to make us consider her abuse of power. However, the actors portraying this were, on its release, 37 and 25. They look like two young adults, not like an adult and a minor. The audience hears ‘student’, but sees a man in his mid-twenties. The actors look old, so the relationship seems fine. While the show claims to condemn an abuse of power, the casting implies the participants to be consenting adults. The portrayal fails to convey its predatory nature. There is a similar effect in Pretty Little Liars, as well as in critically acclaimed films Call Me By Your Name and Babyteeth. The miscasting stops us from fully appreciating how young one participant is, causing the predatory relationships to be condoned or even romanticised. The viewers come away having been presented with a pair of equals, not a disturbing age gap.

This is highly irresponsible of the showrunners: they implicitly condone predatory relationships by showing the teenagers as adults.

Thirdly, we need to understand the toxic impact of sexualising teenagers. I said to a friend of mine that I disagreed with the miscasting of adults as teenagers and she replied:

I agree! We shouldn’t. We shouldn’t be showing ‘teens’ in graphic scenes at all, regardless of who they’re played by.

Television aims to tell real stories, and I understand that this may include addressing the sexuality of the characters, including teenagers. There is not, however, a reason for a depiction of teen relationships to be graphic.

The issue isn’t about sex, it’s about sexualisation. It’s about Betty in Riverdale being shown stripping, despite the character being in her mid-teens, and about the frequent and gratuitous nudity in teen shows. These are not examples of realistic or necessary depictions of reaching maturity. They are evidence of the deliberate sexualisation of teen characters for the gratification of an (often older) viewership.

These shows justify their graphic nature on the basis that they depict ‘the teen experience’, but how is showing a naked person in their twenties as a conduit to sexualise a teen character in any way necessary?

Television aims to be immersive, so even if we see people who look much older, the viewer is conditioned to believe that they’re watching someone in their teens. The showrunners are casting someone in their mid-twenties and showing them in a sexual context, whilst saying ‘imagine that this person is actually 16’. Due to the characters looking so old, the viewer does not realise how objectionable what they’re viewing really is. So they see sexualised school students and fail to see why that’s an issue.

This means that teenaged characters can be viewed as objects of desire by the viewership (of all ages) as they are depicted as highly mature people who exist for the audience’s gratification.

We shouldn’t show teenagers existing to be leered at. We shouldn’t teach the viewership to view school students as objects of desire. We shouldn’t condition teenagers to be hyper-sexual – they emulate the characters they see.

Frankly, if you’re depicting a teenager in a scene that it would be unacceptable to show an actual teenager acting in, then your show is sexualising teenagers. Don’t try to disguise this by casting adults. Do better.