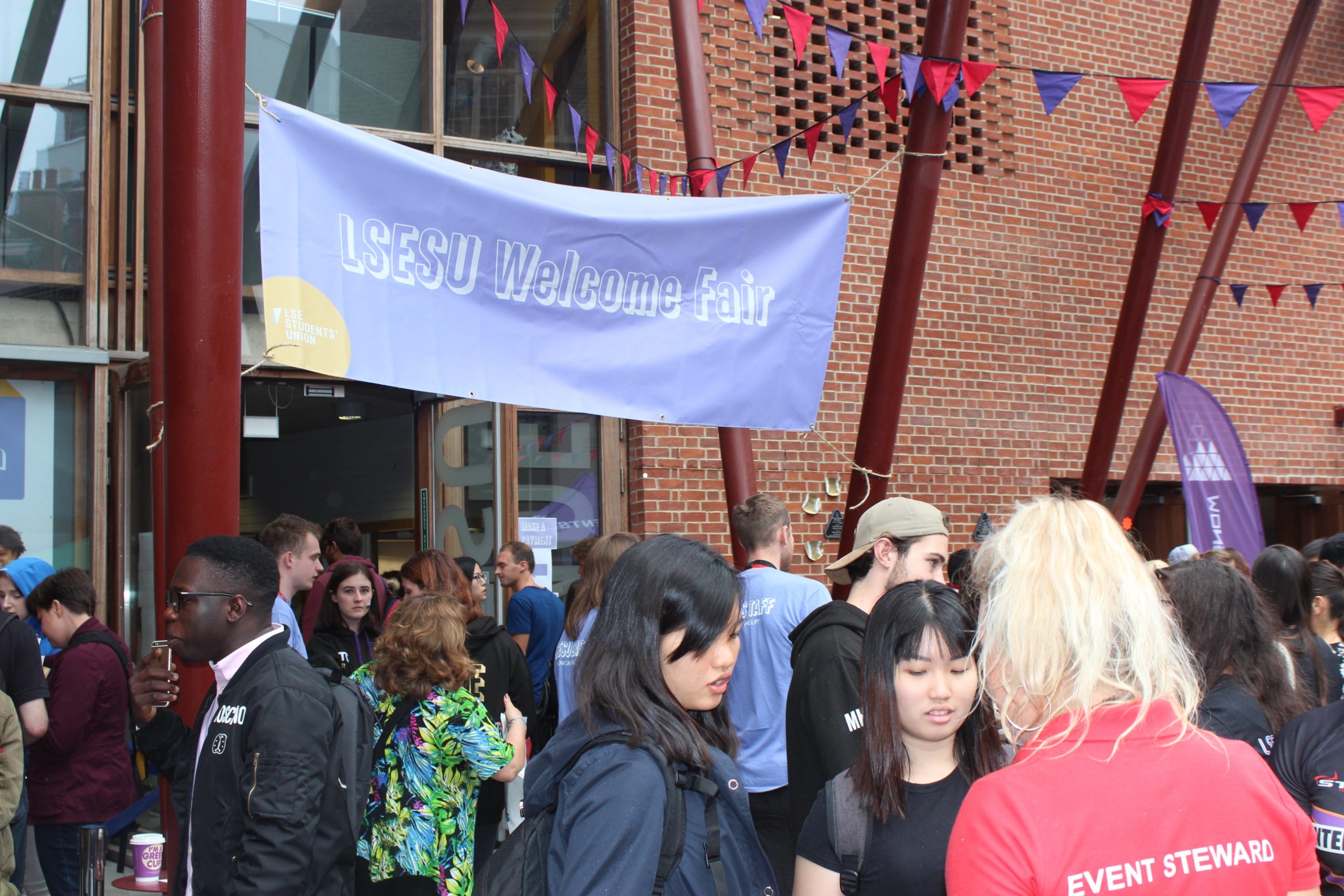 Welcome Week Kicks Off Another Year

Monday, the 18th of September, marked the official beginning of the academic year at the LSE, kicking off ‘Welcome Week’ for the thousands of undergraduate, postgraduate and General Course students studying at the University this year.

Campus crowds reached their peak on Thursday, the first day of Welcome Fair, the undisputed showcase event for Welcome Week every year. Megan Beddoe, Activities and Development Officer, estimated that the Fair was attended by around 5000 students each day.

Even the new director of the LSE, Dame Minouche Shafik, reportedly made an appearance.

While the name suggests an orientation towards new students, Welcome Fair is also heavily attended by continuing students hoping to find different opportunities on campus.

“The fair is a great way to find out what kind of societies are out there before classes start and you just completely forget to check,” said Sam, a 3rd year philosophy student hoping to start a new hobby this year.

Given the career orientation of many LSE graduates, it is unsurprising that the 6th Floor of the Saw Swee Hawk Center, which hosted a variety of finance and banking-related societies, was notably the busiest area on both days.

While the Fair was well attended, there were a few administrative issues that society organisers faced throughout the week. Notably, the Student Union (SU) delayed the issuance of administrative access to its website, making it impossible for society executives to reach out to new students with newsletters and book rooms for their Annual General Meetings (AGM).

One founding member of a new society complained that, despite having asked the SU three times, they still had not received a username and password to begin sending out information to students.

Another student, the secretary of a society, noted the inconvenience caused by her inability to book a room for her society’s upcoming AGM, saying: “the fact that all the societies are going to enter a mad rush to secure a room for their AGMs in the coming week is a nightmare.”

Beddoe responded to criticism over the perceived lack of organisation by saying: “Although some societies raised the issue of access to their pages on the SU website, these problems were caused by the sheer volume of groups engaging with the ARC staff at a very busy time!.” She continued, “I will be working on resolving any issues as quickly as possible to enable societies to gain access as I know how important it is.”

Access to SU pages was indeed granted in the coming days, but the delay was enough to upset people.

Another point of contention was the organisation of queues outside the building, which saw lines stretching back considerable distances as organisers strived to make sure the Fair did not become overcrowded. Guards by the door were indiscriminant to stall and society organisers, meaning they had to stand in the same line as Fair attendees to gain access to the building.

One 3rd year student who was in charge of a stand complained that he “lost valuable time waiting in line unnecessarily” and that he “should have been given priority access” to do his job.

Despite a few hiccups, reviews of the Fair were generally very positive, however. As Beddoe concluded in her remarks to The Beaver, “This year Welcome Fair was a success! If [the Fair] is anything to go by, it’s going to be a very exciting year!”