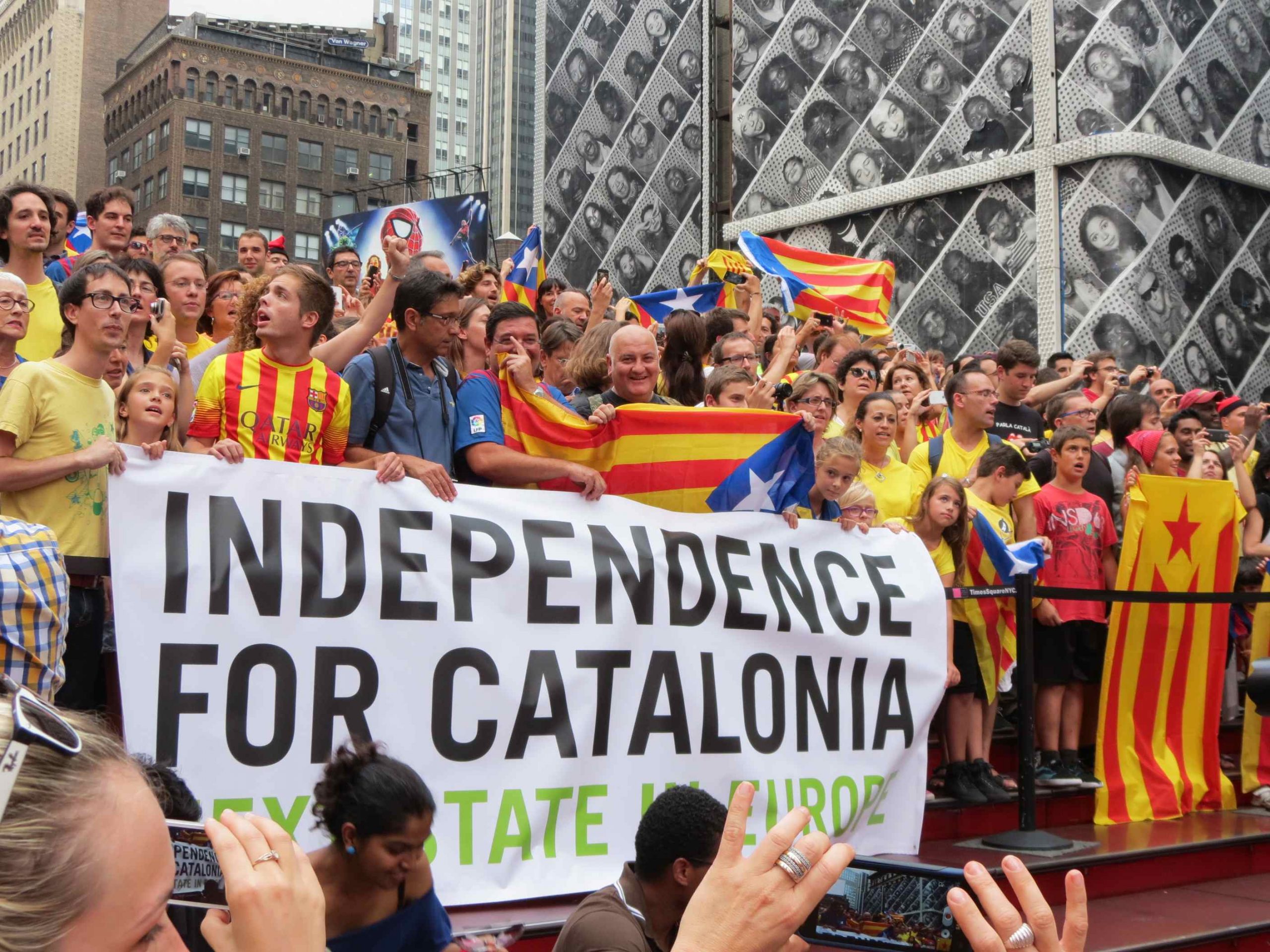 Who Will Curb Escalation In Catalonia?

Emotions are running high these days in Catalonia and the rest of Spain. On Sunday, the Catalan Government held a referendum that the Spanish Constitutional Court had previously declared illegal. The clashes between the Spanish Police officers, the Guardia Civil (a paramilitary force that also plays the role of judiciary police) and the demonstrators, who were blocking entrances to the electoral colleges to stop police from seizing ballot boxes, resulted in almost 900 civilians requiring medical attention, and injuries to 39 agents, according to the Catalan government and Spanish Homeland Ministry respectively.

The Spanish President, Mr.Mariano Rajoy, claimed on Sunday night that law enforcement had prevailed, that the referendum didn’t take place, and that the response of the police officers had been proportionate- despite the images of beatings of peaceful demonstrators. He also stated that Spain had been an example to the rest of the world, although not specifying what kind of an example. The Catalan government announced that same night that about 2,2 million out of the 5,5 million people permitted to vote in the unofficial census had voted, of which 90% were ‘Yes’ votes. Shortly after, Carles Puigdemont, the President of Catalonia, made an official statement surrounded by his regional ministers, claiming Catalans had earned their right to be heard and become independent.

On Tuesday, the region went on a general strike organized by unions and pro-independence entities and supported by the regional government to condemn the aggressions. The pickets cut off almost 40 highways and roads, and the streets of many towns and cities were flooded with demonstrators shouting against the police and the Spanish Government. The day was filled with surrealistic moments: in a couple of villages, police officers suffered escrache in their hotels–eventually, they were asked to leave by the hotel management, who denounced pressures from the town hall, which had organised counter-demonstrations asking for the power to act against rioters. The speaker of the People’s Party (the ruling party in Spain), Mr. Rafael Hernando, questioned the number of victims of the clashes, and reported that pro-independence parties were “willing to have casualties in Catalonia”, calling the walkout “a political general strike with Nazi undertones”. Conversely, comparisons between the civilian clashes with police on Sunday, and the repressed demonstrations during the Franco regime soon spread.

In the evening, it was announced that the King of Spain, Philip VI, would address the nation in relation to the situation in Catalonia. It was his first televised speech since his taking the throne in June 2015, save the traditional Christmas address. The King, though head of the State and the military in Spain, is predominantly a representational figure . Those who expected a call to discussions between the political parties to redress the situation were disappointed. Instead, the King added fuel to the fire by accusing the Catalan Government of “unacceptable disloyalty”, of “dividing the Catalan society” and stressed that the situation was “very serious”, calling for a “restoration of the Constitutional order in Catalonia”.

The idea of the Spanish Government taking control over the Catalan government had been on the table for the last couple of weeks. On Tuesday night, it seemed clear that things were going to escalate. Shortly after the King’s speech, Mr. Puigdemont told BBC that he would declare independence within days. Taking control of the regional Government would mean that the Spanish Government could call regional elections in Catalonia, though this is likely against its own interest, since pro-independence parties are likely to gain even more support after the clashes. Another option potentially under consideration is sending the military “to restore Constitutional order”.

The accusation of disloyalty was well founded. In early September, the Catalan Parliament, with support from the anti-capitalist party, reformed the rules of the regional chamber so that laws could pass through a fast track, with little debate. The objective was to approve two laws that would initiate a constitutional process of the new Catalan republic. The opposition parties, representing the majority of the votes but not of the seats, complained that their rights had been eroded. One of the laws stated that if the referendum came back with a ‘Yes’, no matter the participation numbers or the conditions under which voting occurred, independence should be formally declared within the next 48 hours after the presentation of results in the regional chamber. The Spanish Constitutional court declared those two laws –and therefore the referendum – illegal, but the Catalan government insisted in disobeying since they were compliant with the new Catalan legislation.

However, shaming all the division of the Catalan society on the regional government is not only unfair, but also far from reality. Polls say that, even if secessionism was not the option preferred by the majority, around 80% of Catalans would like to celebrate a legal binding referendum. This requires modifying the Constitution, and neither the Spanish Government nor its ally, the right-wing party Ciudadanos (and to some extent, the Socialist Party), have been willing to do so.

After the Catalan government announced the date of the referendum, Mr.Rajoy had three options, given his course of inaction regarding this issue: 1) let the voting take place, then declare the results invalid; 2) send the judicial police and anti-riot squads to prevent the voting from taking place; 3) take control over the Government of Catalonia. Shortly before the referendum took place, the judge instituting the proceedings gave the order to seize the ballot boxes and any material related to the referendum. Although legally supported, it was obvious from the very beginning that the police would not be able to close all the schools, or even a majority of them. Besides, it was clear that in order to get to the ballot boxes, they would have to qualm resistance from demonstrators in the electoral colleges, therefore the only way to get them was by the use of force. The government knew this, and yet sent the police in a maneuver to win the praise of its supporters. Rajoy’s resignation has been called for not only by demonstrators, but also by one of the police unions. Although the reasons for the call to reisn were very different, they had one thing in common: do not use the police for something that should have political resolution.

On Wednesday, the Catalan government announced it would explain the results of the voting in the regional Parliament next Monday. While the radical left-wing and anti-capitalist party CUP, who have been a key ally of the pro-independence Government, stated that Mr.Puigdemont will use the occasion to declare Catalan independence.

Nevertheless, the Catalan president appeared on the regional public TV on Wednesday evening, and giving a conciliatory speech and calling to discussion. He denounced the King for deceiving the many Catalans who had counted on him, stating that he had lost the opportunity to play arbitrator, which the Constitution grants him. The Spanish government replied shortly after, retorting that they will not open negotiations with anyone acting outside the rule of law. Earlier in the day, the top two figures in the Catalan police, and the leaders of the two pro-independence civil platforms were charged with sedition offenses.

The European Union has condemned the violence used against demonstrators and, at the same time, signalled that the referendum was illegal, and a declaration of independence made no sense. All the groups in the European Parliament had called for dialogue but, in the end, dismissed it asan internal issue. The question is- who will stop escalation before tensions run even higher in Spanish society?