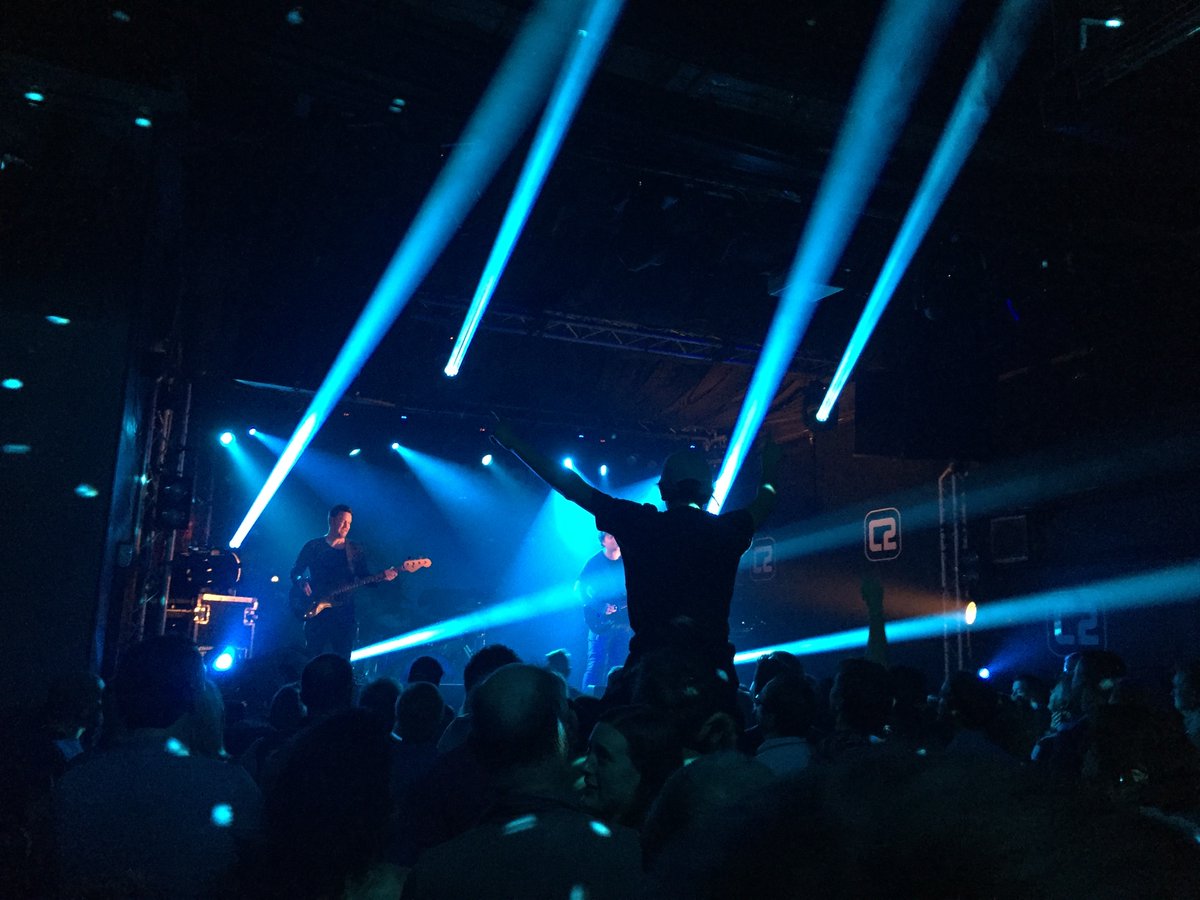 Yer Da’s favourite band have still got it: Starsailor in Camden

“Hello, Mornington Crescent. It’s good to be at KOKO – we’ve never played this one before. Nice venue, friendly staff, a bit small. We’re normally down in Shepherd’s Bush, Hammersmith, Islington. Even played the O2 Brixton once, back in the day…”

I wasn’t the only one thinking Get on with it. The tipsy middle-aged crowd – I was the youngest by a couple of decades – were encroaching on me and, Oh god, pressing up towards the stage in a merry anticipation (the worst kind). The bouncers at the front are looking nervous but I’m thinking the only arrest in this room is likely to be of the cardiac variety.

Actually I can understand the excitement. This is Starsailor’s first tour in eight years. After some chart success in the early noughties (debut album Love Is Here produced three top-twenty singles) they broke up in 2009, just when British alt-rock was moving from pianos and acoustic guitars to whatever bullshit-contraption Chris Martin is writing his songs on today. If you can call them that.

Starsailor open with the energetic “Listen To Your Heart” to a lacklustre, get-to-the-ones-we-know reaction. You’d think the comeback album’s lead single would inspire something more, but nostalgia hangs over the room like the ghost of Tom Petty, whom frontman James Walsh covers with competence but nothing more. Walsh is perfectly aware of the crowd’s sentimentality, stoically justifying the quasi-contractual performance of new songs (“Wonder if you’ll know this’un”) as much as he builds up old flames (“This is a little song called Fe-ver…”)

To be fair my Mum, whom I bought a ticket for a Birthday present (cute, I know), seems to be enjoying every last bit. And for all the talking Walsh can sing better than any of his contemporaries; it’s a surprise to learn his solo career never really took off. But I suppose there’s a reason the band got back together. The other three just seem happy to be there.  Meanwhile I’m still in strange awe of the support act, a sort of Haim-meets-Lana Del Rey trio called Paradisia. The way the harp goes with the drums is a real fascination. I cross everything, hoping they’re on Spotify (they are).

But Starsailor are on now, remember. As the five-song encore goes on something curious dawns on me: the old songs, the ones getting a Beatlemania-like reception and whose performances are increasingly resembling karaoke at your aunt’s New Years do, just aren’t all that. The new album, “All This Life”, has some real gems. When they bring out Paradisia to play backup on “Sunday Best”, the record’s highlight, I realise that Starsailor are probably doing their best work now. Critical attention and Swiftian sales figures might be amiss, but the songwriting is crisp and Walsh gives himself new space to soar and sink. I suspect this is the sound they were always aiming for.

The pop music business sure is a cruel one, but never is it less rational than when it celebrates artists’ fashionable work over their most consequential. Starsailor’s problem is that they aren’t very cool, anymore. And that’s why they’re here, not the O2 Brixton. Happy Birthday, Mum.