Like many universities, LSE has faced substantial financial challenges in the fallout of COVID-19: early estimates put the shortfall from the cancellation of the Summer School alone at £70 million—a nearly 20% reduction in LSE’s typical annual income. Additional losses were incurred by LSE’s inability to rent out halls of residence during the Summer Term and the looming potential of students not returning, the extent of which will not be known until the first round of tuition payments later in the autumn.

Such losses, confirmed to be “dramatic changes” by members of the Directorate, cast the spotlight on a key fact of early-career academic employment at LSE: 59% of LSE’s staff work are on contracts of between one to three years. They are considered ‘precarious’ by some, because their continued employment is highly dependent on the School’s overall financial outlook. That outlook, now also seems ‘precarious.’

Following a summer of organising by fixed-term staff and statements of support from permanent academic colleagues, The Beaver heard from multiple early-career academics and trade union representatives about their concerns as LSE prepares to return. Their testimonies reflect a sense of betrayal by the university over a perceived abandonment of fixed-term staff, concern about the looming workload as the university pivots to blended learning, and fear for the quality of teaching, given the university’s approach. One staff member told The Beaver that COVID-19 has brought to light already existing fault lines in academia, which were “exacerbated in how the university has responded to the crisis. If not COVID, then something else would have shown this crisis point.”

These testimonies challenge statements by LSE to The Beaver. An LSE spokesperson assured that it is “continuing to employ the necessary staff to ensure excellent teaching and research continues to take place.” However, young academics describe potentially increased teaching responsibility, spread between fewer staff, while balancing their need to produce academic work. “If you are not a precarious academic you can say this year is a wash out, my paper, my research, my book,” one staff member said. “Can precarious staff stay it’s a washout year? Will they be rewarded in the job market if they say they provided extra support to the university through the crisis? No.”

An atmosphere of anxiety was evident in the pre-term staff town hall on September 2. Participants questioned whether they would receive notice well in advance of redundancy, to give them time to seek other employment. Andrew Young, LSE’s Chief Operating Officer, confirmed that normal and fair time would be given, but stressed that he hoped that such redundancies would not occur. He emphasised that the school had taken precautions such as an annual auto-increments delay and a hiring freeze in order to avoid such an outcome. This broad worry among staff was confirmed by a trade union representative who spoke with The Beaver: “Of course, people are worried,” the representative said, “I mean, some people became redundant. For the class teachers, as far as I know, there might have been some redundancies already, some contracts might not have been renewed.” In characterising the atmosphere amongst those represented by the union, the representative was clear, “this is what the feeling is: stress.”

A number of staff expressed concern to The Beaver for staff members on fixed-term contracts, many of whom feared that their contract renewals had been jeopardized due to the School’s hiring freeze. According to the Higher Education Statistics Agency, in the 2018/19 academic year 59% of staff at LSE were on fixed-term contracts, and 41% were permanent staff. Fixed-term contracts offer staff little stability as they are renewed for a maximum of 3-years, but can also be maintained at an annual basis. As The Beaver reported over summer, staff on fixedterm contracts have organised under the ‘LSE COVID Solidarity Campaign’ to raise the alarm about the vulnerability of LSE’s majority-fixedterm staff, particularly after concerns that some members of staff had been denied contract renewals without prior warning, and that some verbal guarantees of contract renewal did not result in new contracts once COVID-19 upended preparations for the new academic year.

LSE COVID Solidarity Campaign, a staff-organised campaign group, organised a change.org petition, which at the time of writing has 489 signatures. The petition first calls on the university to secure and extend contracts for “all academic and non-academic precarious workers at the university until the Covid-19 crisis is over for a guaranteed minimum of 2 years,” followed by further appeals available on their website. Calling for financial cuts to be made first at the top of the institution, the petition states, “we cannot throw the most precarious off the dock – the academic colleagues who will most likely get pushed out of the academic sector, the non-academic colleagues who will face increasing uncertainty, and the students who will struggle to complete without funding.”

In addition, permanent staff members called for security for their fixed-term counterparts in an open letter signed by 164 staff members at the time of writing. The letter asserts that “now is not the time for the university to shed staff: as we are all faced with increasing workloads and new educational challenges, we need as many education experts as possible working together to manage the monumental shifts in teaching and learning.”

Fears had become reality for some ex-staff The Beaver spoke to. “Due to the… SMC’s position on financial loss my contract was not renewed,’ one ex-fellow said. “My department had earlier verbally communicated a renewal for another academic year… As a result of the earlier verbal offer of renewal of my contract I had turned down the option of convening a course in another university’s summer school program (which is running online). This puts me in a precarious position as I lost out on income that I would need to survive in the UK without a job.” Other staff who were not re-hired complained that verbal commitments from their departments had prevented them from searching for further employment in the spring, a crucial period when academics are recruited for the upcoming academic year.

Another staff member spoke to the inhospitable academic job market awaiting those whose contracts were not renewed. “There are hiring freezes everywhere, including at LSE, and chances are that a lot less money will also be floating around as well for postdocs. Scholarships, grants, etc … Many of us will have to leave academia.”

Staff told The Beaver that they feel these redundancies symbolised a betrayal of staff, considering how fixed-term teaching staff had contributed to the university’s increased 2020 National Student Survey score. In addition, they felt that staff’s contribution to LSE’s becoming one of the first universities to begin online teaching back in March had been overlooked and unappreciated. Young academics at LSE related to The Beaver their feelings of anger and insecurity, as well as a feeling that they had been trapped in a precarious situation by factors outside of their control. The culmination of these issues, many staff said, has left LSE’s young academics—who, according to some, are disproportionately women and people of colour— feeling anxious and uncertain about their future in academia.

Staff who spoke to The Beaver described their worry that contract non-renewals, the transition to hybrid teaching, and increased undergraduate cohorts would result in increased workloads. The Eden Center and ‘Curriculum Shift 2020’ have provided guidance to staff in their transition to hybrid, in-person and online teaching. When asked at the virtual town hall about how teachers could approach hybrid teaching and manage both in-person and online students, Fung admitted that teachers would need to test what works when it comes to group learning and discussions.

One staff member told The Beaver that they were “worried that with the LSE-wide hiring freeze on Graduate Teaching Assistants (GTAs), the teaching load of Fellows will be increased. The tone of communications from the department has been that we need to pull together and all contribute more (teaching, admin, pastoral support). … asking Fellows to de-prioritise our research will make it harder for us to stay in academia.”

However, a trade union representative contradicted the staff member’s claim, telling The Beaver that they had not heard concerns around increased workloads. They admitted though that that “things are changing, something that I say today might not be valid later on.”

However, without even considering additional roles, fixed-term staff fear that their academic work and future job security will be endangered by growing responsibilities—resulting in less time for crucial research— under the guise of pulling together to support the institution. One staff member warned that their “department has historically not been good about ensuring that Fellows are not over-burdened, [for example] a number of Fellows are course convenors and have redesigned syllabi as part of our jobs, but our teaching hours have not been reduced … I worry that this precedent will mean for the purpose of the coronavirus response we will be treated as permanent faculty, but without any corresponding increase in professional stability.”

LSE has adopted several policies to tackle their current financial struggle. The first is a delay to annual auto-increment payments which, as Pro-Director (Faculty Development) Eric Neumayer and Chief Operating Officer Andrew Young explained in an email to staff, “means that the pay increase that would traditionally happen at the end of [August] for staff … will now be applied to pay in November 2020.” When asked in the townhall if the school was planning to cancel pay increments or delay, Young expressed the school’s desire to reverse the delay in November but warned that this depended on the school’s financial condition.

Additionally, the School has launched voluntary schemes through which staff can reduce their hours, take voluntary unpaid leave, or voluntarily leave. The scheme’s guidance for managers states that “these schemes are entirely voluntary and are staff-led. This means that, whilst you should make sure that staff are aware of these schemes, you should not approach individual staff directly unless they have already expressed an interest in a scheme.” According to one trade union representative who spoke to The Beaver, they had not heard of any instances where staff volunteered for the scheme.

Finally, The Beaver understands that the university has imposed a conditional hiring freeze. According to LSE, contract extensions and new hiring proposals—including for key teaching roles such as GTAs and Fellows—are still being approved and going ahead. However, as noted, some GTAs and Fellows described to The Beaver cases where verbal contract offers in the spring were not translated into contracts in the summer, leaving some members of staff unable to continue at their LSE posts while having been able to job-search in the crucial spring hiring window.

The university communicated that it was difficult to determine the precise number of contracts that have not been renewed, as many of these may not necessarily have been related to the freeze, such as research contracts that were due to end. When asked for comment, an LSE spokesperson said, “despite the significant financial challenges presented by COVID-19, LSE is resolutely focused on the education of our students, supporting the wellbeing of our community and preserving jobs. The School is continuing to employ the necessary staff to ensure excellent teaching and research continues to take place. This includes substantial additional resources for departments to hire academic staff in response to the increased size of this year’s undergraduate cohort.”

Due to factors beyond The Beaver’s control, we were unable to grant LSE a right of reply to the cover story “Young academics express anxiety over job security and surging workload” (Cover; cont’d pg. 9) before the paper was published. Any further comments or corrections will be issued to the online edition of this article. 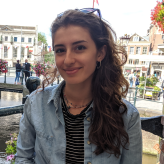