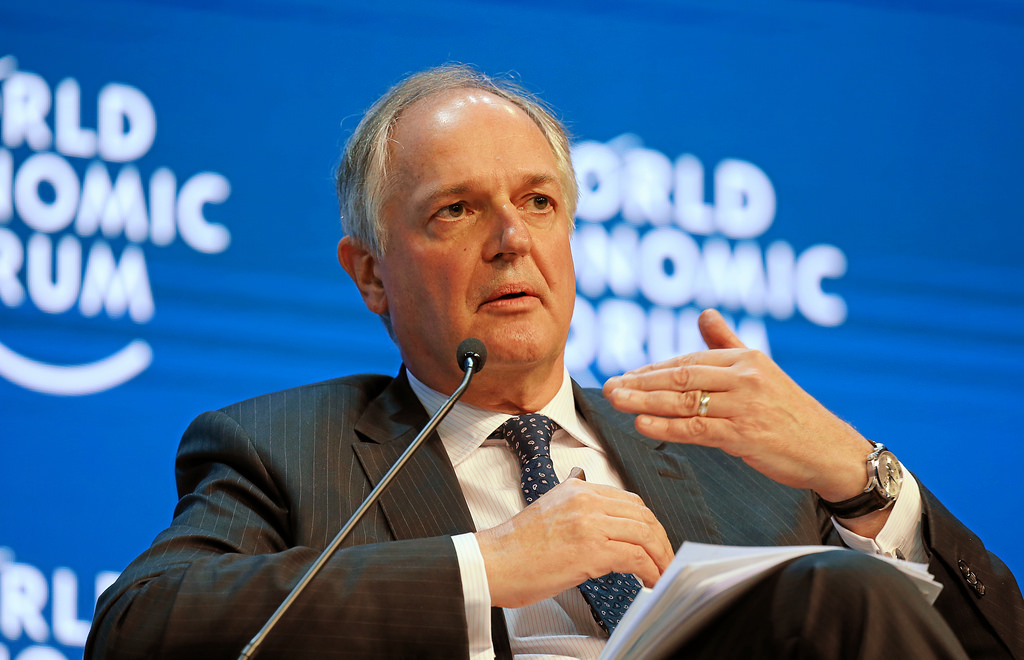 Paul Polman should let us in on his struggles

Last Monday, Paul Polman was so kind as to promote his–some would say almost religious–belief in long-term capitalism at a public lecture at LSE. Environmental economist Lord Stern, who chaired the lecture, reminded the audience that they were in the presence of ‘one of the greatest leaders of our time’. Three days later–coincidentally or not–Polman announced that he would step down as CEO of Unilever. The Financial Times proclaimed his descent to be the end of an era.

At LSE, Polman expressed great optimism regarding the potential of business to take the lead in addressing global challenges. However, his ‘Unilever is all butterflies and rainbows’ story glosses over the compromises Polman himself had to make during his rise to the top. As a citizen of the Netherlands, the country in which Unilever began as a small margarine company before it merged with a British soap producer, I am happy to point these out.

Polman openly acknowledges that climate change is real, that businesses can only grow if societies flourish, and that the financial system is too focused on short-term gains. In that way, he opens the possibility of solving global challenges within the capitalist world order. The way he sees things, business is not necessarily bad, and can actually make a positive change through its daily operations. However, Polman too has encountered challenges due to the short-termism of capitalism.

In 2017 Kraft-Heinz opened a violent attack on the stock market to take over Unilever with a bid of $143 billion. This was a fundamental clash between Polman’s attempt to make long-term capitalism work and the desire of Kraft to pursue the short-term interests of shareholders. The attempt failed, but–much to Polman’s frustration–they increased the pressure to take the short-term interests of shareholders seriously.

He launched a 5 billion euro buyback of shares (to drive up the price of shares), increased dividends by 12 percent, and sold off the less profitable margarine department of the company. Finally, during his attempt to move the headquarters of Unilever to the Netherlands, British shareholders revolted to protect their short-term interest. Some newspapers now speculate that this battle between Polman and the shareholders was the final hit that forced him to step down.

Polman navigated dilemmas between short and long-term interest during his attempt to move the headquarters of Unilever to the Netherlands. Unilever has traditionally had a dual governance structure in both the UK and Netherlands. Polman, with his effort to make the move happen, contributed to a clash between Unilever’s lobbying power and the Dutch democracy. Moreover, it showed tensions between Polman’s commitments to serve society–the Dutch state–and serve the interests of his own company.

After the Kraft-Heinz attack, Polman initiated plans to move Unilever to the Netherlands. British shareholders feared that it was an attempt to protect Unilever through Dutch legislation against attacks on the stock market. As a response to multiple foreign attacks on Dutch companies, including the attack on Unilever, the Dutch government had indeed created an extra protective law, which would provide Dutch companies with 250 days to respond to foreign ‘take-over’ attempts.

Such legislation lowers the price of shares: the so-called Dutch Discount. Polman denied that the legislation was the reason for the move, citing instead the inefficiency and higher costs of maintaining a dual governance structure as the real motivation instead. Nevertheless, a move would force a number of important British shareholders to sell their shares, as Unilever would no longer be part of the list of 100 most important British companies listed on the FTSE-100.

To convince the British shareholders of the need to move the company, Unilever lobbied together with Shell and AkzoNobel to abolish a 15 percent tax on dividends that penalized overseas investors in Dutch companies. Since, in Britain, shareholders don’t pay such taxes on their dividends. Mark Rutte, the Dutch Prime Minister and a former employee of Unilever, took this suggestion to heart and included abolition during the negotiations for the formation of a new government.

Despite popular resistance against the measure–which would cost the Dutch taxpayer 1.9 billion euros in lost revenues–and in spite of a rebelling coalition party that named the policy ‘a melon it had to swallow’, the prime minister defended the dividend tax fiercely for several months. Only after Polman called the PM at 6:00 in the morning to tell him that he failed to galvanise the support of British shareholders for the move, did the Dutch PM drop the plan, leaving his credibility in tatters. One of the left-wing Dutch newspapers subsequently referred to Rutte as Polman’s dog.

Now whether or not Polman admits the protective legislation in the Netherlands was the reason to initiate a move doesn’t really matter. The fact is that Polman tried to protect the long-term interests of his company by compensating his shareholders for their losses. He legitimised the abolition of the Dividend Tax in a Dutch newspaper comparing the British and Dutch tax regime: “You don’t have to go to high school to understand this. Why would you buy something at Albert Heijn [The Dutch Tesco] if you can buy it for half the price at Aldi”.

Apart from his unfortunate choice of words–Brexit has already done enough damage to British credibility and a comparison to Aldi only adds insult to injury–his argument disregards the disdain his actions displayed for the Dutch democracy.

It is ultimately the PM that is responsible for Polman, AkzoNobel, and Shell’s influence over government policy. But Polman–speaking at the LSE–argued that companies are there to serve society, not the other way around. Reflection on the Dutch case shows Polman’s selective application of such responsibility. Polman served society, if that meant measuring the impact of Unilever products on the Sustainable Development Goal’s and reducing global poverty, but pointed towards the short-term interest of shareholders with his lobbying for moving the headquarters to Holland.

“So what?” You might say. Polman used his power to achieve some good through business. Granted, he has definitely been more successful at it than many of his fellow CEOs. However, Polman fails to be reflexive about the way his actions do not allow him to escape the system he is criticising. Polman himself admitted last Monday that other business leaders feel constrained by certain notions of short-termism within the economic system. Sadly he didn’t address the ways in which he himself has caved into these very same expectations.

That is a pity because the kind of leadership Polman is promoting requires an openness of the dilemmas business leaders face. Such openness can help identify situations that are win-win, or occasionally remain zero-sum. Only in that way, can the right balance be struck between regulation and business leadership.