With the US 2018 midterm elections now in the rear-view mirror, it is time for the glorious bi-annual tradition of dissecting the results and, drawing from them, prognosticating the current state of American politics. A detailed, race-by-race analysis reveals some startling trends that Americans have to look forward to in elections to come.

The advent of the Trump era has seen a massive and fundamental realignment of political coalitions in the US. White, non-college educated, blue-collar voters–the backbone of the Democratic party as recently as 1996–lurched massively to the right, backing Trump in 2016 by a 36 point margin, 64 to 28. Rural voters, meanwhile, backed Trump over Hillary Clinton by a 26 point margin in 2016, 60 to 34. The 2018 election saw that trend slow down slightly, but mostly as a result of a heavily Democratic environment.

While Democrats won 40 seats in the House of Representatives, and are on track to win the national popular vote by 7 points, they lost Senate seats in rural Indiana and Missouri, as well as House seats in the rural northern portion of Minnesota. Republicans, meanwhile, held onto vulnerable rural House seats in Kentucky, Virginia and West Virginia by surprisingly large margins.

Democrats, meanwhile, made most of their gains in suburban and urban districts that voted for Hillary Clinton in 2016 or at least Obama in 2012. While they gained a few rural districts–like New York’s 19th district, a rural district in upstate New York which swung from Obama to Trump–most of their gains were confined to densely packed, affluent, suburban constituencies.

This electoral trend of rural Republicans withstanding the blue wave is indicative of a new strain of political polarization plaguing America–the demographic divide. The phrase “coastal liberals,” once no more than a derogatory dismissal of the Democratic party’s string-pullers, now goes a long way towards describing the bulk of the Democrats’ geographical base.

Republicans have been making profound and consistent inroads into America’s heartland–rural states like Nebraska, Iowa, Ohio, Kentucky, and Wyoming–since the turn of the century. Meanwhile, Democrats have recently made massive gains in affluent suburbs like California’s Orange County, just south of Los Angeles. In 2016, 4 of Orange County’s 6 House seats were won by Republicans. In 2018, all 6 were swept by Democrats, some by fairly large margins.

Moreover, the practice of ticket splitting–voting for candidates of different parties, such as a Republican for the House and a Democrat for Senator–became even rarer in for federal races. Crossing the partisan divide became more difficult for America’s increasingly polarized electorate.

To be sure, there were many notable splits between Senate and Gubernatorial races. In deep blue states like Massachusetts, Maryland, and Vermont, voters overwhelmingly re-elected Democratic Senators while also giving wide margins of victory to Republican Governors. Ohio and Arizona also elected Democratic Senators and Republican Governors–albeit by different margins. For House and Senate races, however, the results were far more aligned.

Voters are increasingly seeing Congress as a purely partisan body where the party in power matters far more than the individual members serving. After all, the majority party elects the speaker, determines the agenda and what goes up for a vote, can more easily pass legislation, and can investigate the other branches. That has led many to believe that voting for someone of their partisan creed is far more valiant than voting against a corrupt or scandalous candidate.

There was a time in American politics when the electorate reacted to events in exactly the way political scientists–or even casual observers of politics–would expect them to. That is to say, they were rational political actors. Scandals such as Harding’s Teapot Dome or Nixon’s Watergate resulted in significant disapproval from mainstream voters–even those who shared ideological sympathies with the scandalous Presidents.

Richard Nixon, for example, was enjoying some of the highest approval ratings of his term in early 1973–he had just won reelection by the largest electoral landslide in American history–when the Watergate Scandal broke. It was revealed that Nixon was involved with a burglary of the Democratic National Committee and a subsequent cover-up of the events. Between early 1973 and Nixon’s resignation in August 1974, his approval rating dropped from the high sixties to the low 20s, making him the most unpopular outgoing President since the advent of Presidential approval polls. Even his own party abandoned him by the end.

But it’s not just Presidents who have seen their careers destroyed by scandal. Tennessee Governor Ray Blanton, whose tenure was marred by corruption scandals, saw his approval drop so low that he made the unconventional choice of not even running for reelection after his first term–a rare feat of restraint in politics.

Shortly after Kentucky Congressman Carroll Hubbard was indicted as part of a high-profile congressional banking scandal in 1992, he was defeated for reelection by a primary opponent after six terms in office, a once-in-a-decade phenomenon. Corruption has consistently been one of the most impactful negative factors for a politician’s reelection prospects.

That once reliable phenomenon all but evaporated in 2018.

In New York’s 27th district–the most Republican-leaning district of New York, which covers the rural areas outside Buffalo and Rochester–Republican incumbent Chris Collins managed to hang on by the skin of his teeth, eking out a reelection. Just months earlier, Collins had suspended his campaign after being arrested and indicted on serious charges of insider trading.

After it was determined that no Republican could legally replace Collins on the ballot, he unsuspended his campaign and, despite barely campaigning, putting out just one ad that was widely panned as racist, and facing a spirited challenge from formidable Democratic nominee Nate McMurray, won thanks to the partisan lean of the district heavily favoring him.

This was much the same case in California’s 50th district, an affluent and conservative district east of San Diego. Republican Duncan Hunter was charged with 60 counts of campaign finance fraud involving the use of $250,000 in campaign funds on vacations, school tuition and doctors’ bills. It was a high profile scandal that made national news and generated millions for his energized opponent Ammar Campa-Najjar.

Hunter’s district, which is about as conservative as Collins’s, nonetheless re-elected him to a second term by a 4 point margin–small for the district but still somewhat surprising when you consider the scope, scale and severity of Hunter’s improprieties.

The examples are not solely consolidated on the Republican side, although the GOP does possess the bulk of them. Democratic Senator Robert Menendez of New Jersey, who was not only indicted on charges of corruption, but actually faced a trial–which ended not in acquittal, but in a mistrial–managed to win reelection by a pretty wide 10 point margin.

New Jersey is a pretty blue state in which all but one Republican House members were defeated in 2018, so a win for Mendendez, like for Hunter and Collins, is not too shocking. But his opponent was also energized and extremely well funded, having poured millions of his own dollars into the race. In the end, partisanship prevailed.

Look all over the country and you’ll see this trend replicated in microcosms. In blue-leaning Minnesota, Keith Ellison, who was scandalized by a domestic violence allegation won his race for state attorney general. Republican Ron DeSantis was able to pull off an upset win in Florida–one of the Trumpier swing states–despite allegations of racist messaging.

In rural, conservative Kansas, political novice Steve Watkins, a Republican candidate for the House of Representatives, managed to dispatch his formidable Democratic opponent Paul Davis, a political heavy hitter and former State House minority leader. Watkins won despite being plagued by allegations of fabricating his resume and sexual misconduct.

Meanwhile, in the most conservative district of rural Iowa, Republican Representative Steve King fended off the toughest challenge of his House career, defeating Democrat JD Scholten by 3.5 points. King was denounced by many in mainstream politics as a white supremacist after a long history of racially charged tweets and comments, sketchy foreign trips to meet European white nationalists and an endorsement of a white nationalist candidate for mayor of Toronto. He was even called out by several Republicans, including the chair of the RNCC, the House GOP’s campaign arm. Nonetheless, he pulled out another win.

New York and California–two heavily Democratic-leaning states which trended even more Democratic in 2018–elected or re-elected Democratic Governors with serious scandals. California Lieutenant Governor Paul Newsom had an affair with the wife of one of his aides when he was Mayor of San Francisco, while incumbent New York Governor Andrew Cuomo’s latest term saw the conviction of several of his former aides and close political allies on corruption charges. Both were elected by landslide margins.

The list goes on and on. Virginia Republican Denver Riggleman won his Republican-leaning district despite bizarre reports about his obsession with, of all things, bigfoot erotica. California Republican Devin Nunes was re-elected to his seat in the conservative exurbs of Fresco despite a humiliating series of gaffes and missteps during his time leading the House’s investigation into Donald Trump.

The takeaway from all this is pretty simple: scandal ain’t what it used to be. Perhaps it’s the age of Trump numbing voters to scandal due simply to the sheer size and severity of Trump’s many many scandals and acts of misconduct. Another–and I think more provable–explanation is that voters are increasingly seeing partisanship as the paramount factor in elections. Partisan voters on both sides see opposing or supporting Donald Trump by any means–including voting for a scandalous or corrupt candidate–as paramount. Whether this results in more misconduct among members of Congress in safe seats remains to be seen. But whatever the case, it is still a startling trend to say the least. 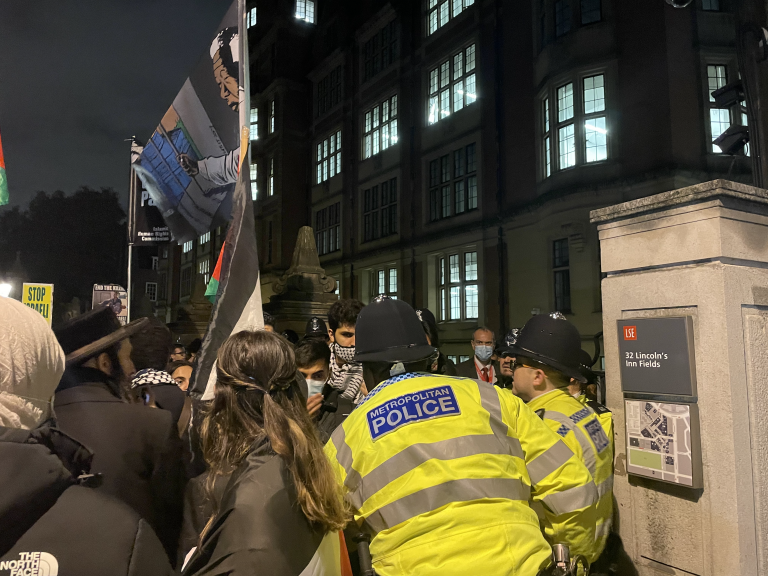 Peaceful or violent? What really happened at the protests against the Israeli Ambassador 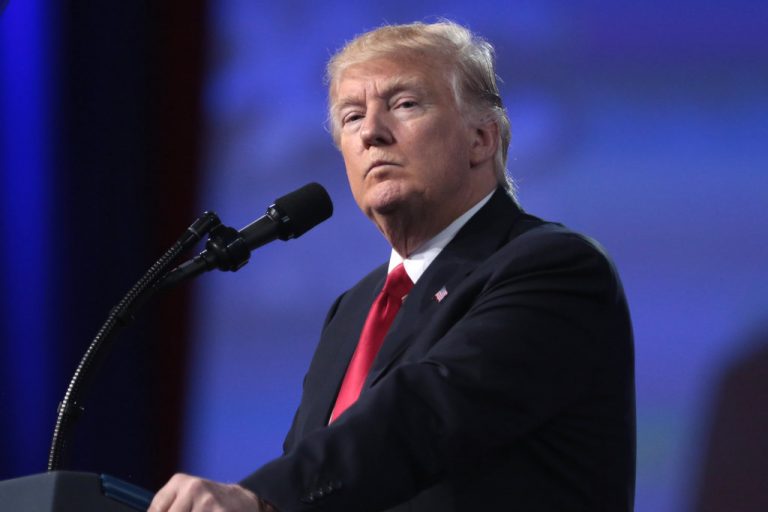 Why Trump makes us afraid: an analysis of the POTUS 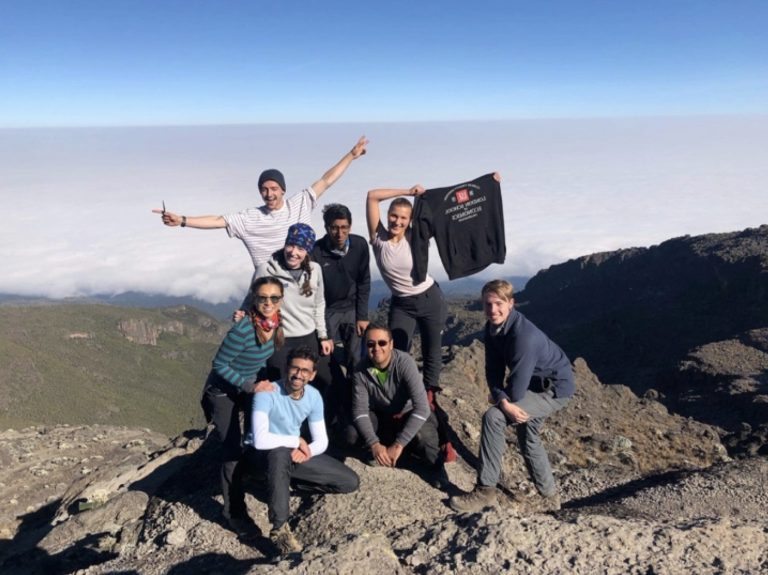 Summiting ‘the Roof of Africa’