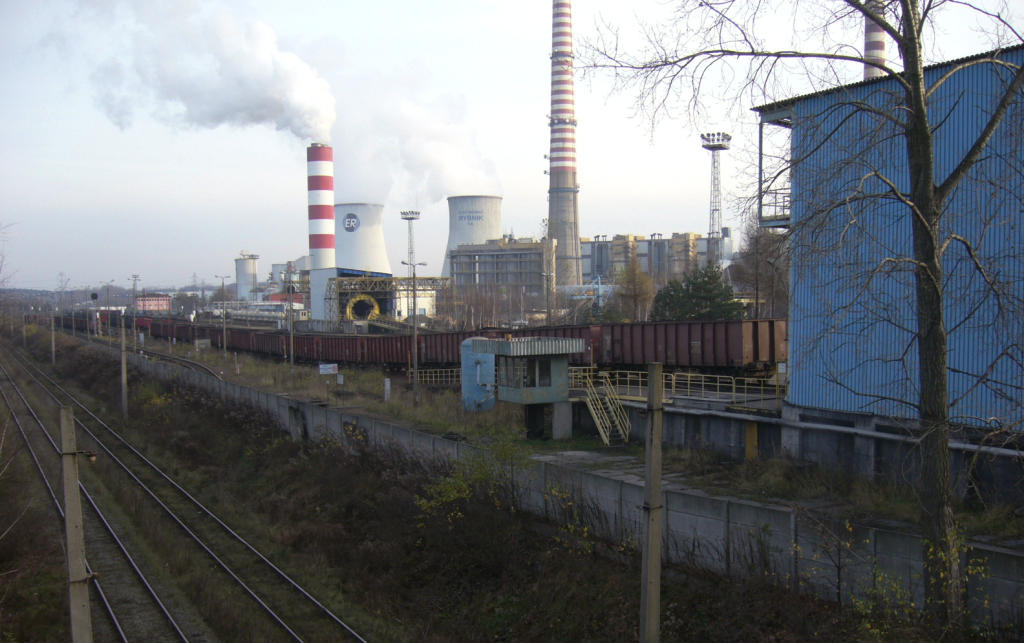 “From the beginning of operation until today, the Belchatow Power Plant has produced 965,846,070 megawatt hours of electricity,” said the post, from a state-controlled company called PGE. The email went on to celebrate the “great professionalism” of the plant’s workforce.

It was a tribute to the vital role that one coal power station has played in a country where the coal industry has long reigned supreme. Some 3,200 people work at the plant, which in three decades of operation has supplied the annual electricity needs of France and Germany combined.

But the plant is not just a champion of Polish industry. It is also one of Europe’s single largest sources of carbon dioxide, the invisible greenhouse gas fueling an unprecedented rise in global temperatures. Between the end of last year and 2005, when the EU began collecting annual statistics on power plant emissions, Belchatow produced 408,765,661 tonnes of carbon dioxide. That’s more than the UK emitted in total last year.

What’s more, the 5.5 gigawatt plant isn’t likely to shut down anytime soon. This year and next, many of its 13 units are being upgraded to comply with new EU regulations on efficiency. Several weeks earlier, in another email, PGE had said it expected at least one unit of Belchatow to be operating for the next 34 years.

Belchatow illustrates one of the chief difficulties Europe faces as it seeks to attain its 2030 goal of cutting emissions of greenhouse gases by 40% from 1990 levels. For the most part, large European countries that have, or once had, lots of coal plants which they have committed to phasing out. The UK, now a global leader in offshore wind, is racing toward phasing out coal by 2021 or 2022. Germany’s coal commission will in coming months produce a target ‘phase out date’, probably around 2030-35, whilst in the meantime its wind and solar farms are the most ambitious in Europe. But Poland? Around 50% of its electricity is  still expected to come from coal by 2040.

Poland’s coal power industry has been resilient in the face of Europe’s march toward decarbonisation. So far this year, 83% of its electricity has come from its dozens of coal-fired power stations. Compare that to a country like Germany, where this year 33% of power has come from coal, down from around half in the early 2010s. Germany remains Europe’s largest producer of coal-fired electricity outright — this year it has burned 22.6 gigawatts of coal on average, compared to Poland’s 14.1 gigawatts — but its industry and economic heft also dwarf Poland’s. It has 83 million people and a per capita GDP of $44,469 (purchasing power parity), compared to Poland’s population of 38 million and a GDP per capita of $13,811.

Soon, Poland will overtake Germany as Europe’s largest user of coal power. Germany still has one more new coal plant to commission, a 1.1 gigawatt plant called Datteln 4, but for the most part it is tacking toward a hard line on coal. Meanwhile Poland will soon have a slew of new coal plants. PGE, the owner of the celebrated Belchatow, plans to commission two new units with 900 megawatts of  capacity each next year as well as another utility called Tauron which is due to open a 910 megawatt unit in Jaworzno at the end of 2019. All that may also be followed by the government-approved 1 gigawatt Ostroleka C coal plant. Together, this new capacity would add up to around three-quarters of Belchatow.

How can we explain Poland’s continued attachment to coal? Similar to east Germany, the coal industry is celebrated in Poland. In 2016, a survey by Poland’s Public Opinion Research Centre showed Poland’s miners enjoy more respect than doctors and teachers, and around the same amount of respect as university professors. But Poland, unlike Germany, is controlled by the Law and Justice Party, a right-wing party that has repeatedly clashed with the EU over its unconstitutional appointment of judges. Law and Justice sees coal mining and power industries as crucial planks of political support. In 2015 and 2016, with a view to insulating its coal sector, it passed laws vastly restricting the deployment of renewable energy in the country. One of these laws, the so-called Distance Act, prevented wind farm developers from erecting turbines within ten times’ the height of the turbine from the nearest residence, effectively making off-limits huge swathes of available land.

Yet the country could be a victim of its own success. Having halted the advance of renewables and, for the most part, brushed aside new gas-fired power generation, power prices have had nowhere to go but up: the country’s fleet of aging coal plants is suffering from higher and higher marginal costs, thus pushing prices up. Now companies are growing concerned about the cost of their electricity, the cost of which has been further inflated by the skyrocketing prices of carbon permits in the EU’s cap-and-trade carbon trading scheme. Where once the voice of the coal lobby was once the loudest in Warsaw, manufacturers’ are now louder.

In a remarkable turn of events, the government earlier this year passed a dramatic overhaul of the so-called “RES Act” (Renewable Energy Sources) from 2015 that had stymied the deployment of renewables, and earlier this month it held its first auctions for long-term subsidies for wind and solar capacity. Investors breathed a sigh of relief. The future market is now anticipating that the country’s power grid will soon be awash in new wind and solar projects: after a decade of rising prices, the market-traded contract for electricity in 2020 now costs around 5% less than the contract for electricity in 2019.

Still, Poland knows that its future will be coal-fired for decades to come. In late November, the energy ministry published a strategy document that laid out its plans for the country’s energy sector. Besides a renaissance of offshore wind and nuclear generation, it also expects that coal will still account for around 50% of Poland’s electricity needs by 2040 and that, remarkably, the capacity of onshore wind will begin to decline after 2025.

This month, the Polish city of Katowice is hosting the COP24 climate summit, an internationally significant event. Perhaps pre-empting attempts to extract more obligations from it, Poland’s energy ministry, under the pro-coal Krzysztof Tchorzewski, released a statement.

“The fight against climate change should be a global effort that takes into account the need to preserve the competitiveness of national economies and their sovereignty in shaping energy mixes,” it said, pointing out that each country can “independently decide on its own energy mix” and that “clean coal” could be an important means of becoming more environmentally friendly.

Poland’s renewable energy regime may be back from the dead, but the country’s leadership has left little doubt as to where its future lies. Belchatow’s 3,200 workers are surely celebrating.