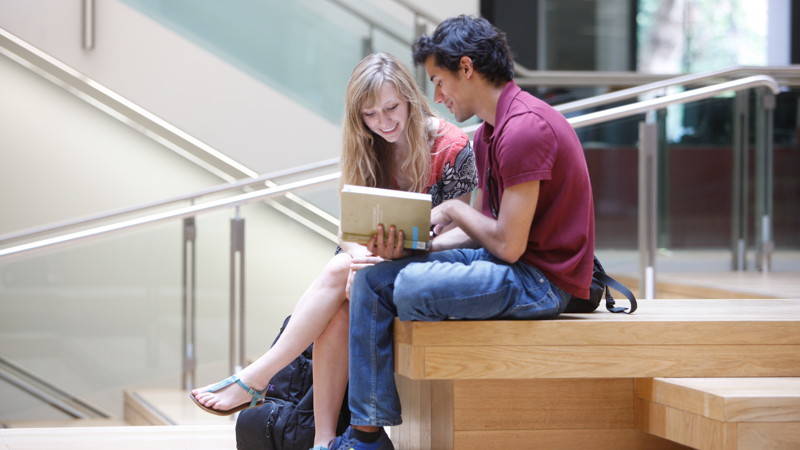 A Field Guide to LSE

Browsing the SU shop, one often finds oneself wondering why anyone would want many of the goods that they sell [1]. It is important to bear in mind, however, that the items dispensed by our most revered institution constitute an irreplaceable part of the university’s ecosystem.

The officially licensed clothing range in particular has an important role in sustaining the biodiversity of our campus plays. We have therefore diligently compiled for you, dear reader, an introductory guide to the most salient specimens found on campus.

All creatures detailed below are unsuitable for domestication.

One of the most pervasive species found at the LSE, the Hooded Undergrad grows its impressive plumage in preparation for the winter months. It is notable for its rather gloomy expression which resembles that of someone who has spent £30 on what is inevitably to become a glorified pyjama accessory.

Whilst Not native to London, C. generalis has flourished here since its introduction. It is easily identified by its call which is between three and five times louder than that of most other species. The Peak-Billed Quant is migratory and travels regularly for mating, hunting, job interviews, and skiing holidays in the Ardennes.

One can only speculate as to the decision-making process that would lead an individual to wear such a vile combination of objects. Most alumni are content to carry the LSE brand on their CVs and, at a push, on their Facebook profiles. The tie and cufflinks, on the other hand, are the mark of a being who has, for whatever tragic reason, fully committed their soul to the LSE. E. detestabilis have been consumed by the LSE lifestyle and, frankly, can no longer be considered truly human.

Most often sighted during fresher’s week (T. judicalus’ mating season). The Spotted Loyalist prefers a warm climate owing to it being startlingly cold-blooded. It uses its distinctive colours and patterning to signal its presence to its fellow lawyers. Other species also make use of its distinctive colours and patterning to spot them early and make themselves look busy so as to avoid having to speak to them.

The Crested Nightmare Family holds legendary status at the LSE. Widely thought to be either a hoax or extinct,  F. wankerensis has only been sighted a handful of times in the school’s long history, albeit with consistently unpleasant consequences. Students are advised never to approach if seen and to notify campus security immediately.

An imitator species which attempts to steal food and potential mates by mimicking the plumage of its larger and more successful cousin; the Spotted Loyalist.  Its natural habitat is the sub-basement of 32 Lincoln’s Inn Fields where it can be regularly observed gathering in groups to discuss various obscure and malignant financial abbreviations.

[1] Whoever designed the graduation beaver can fight me