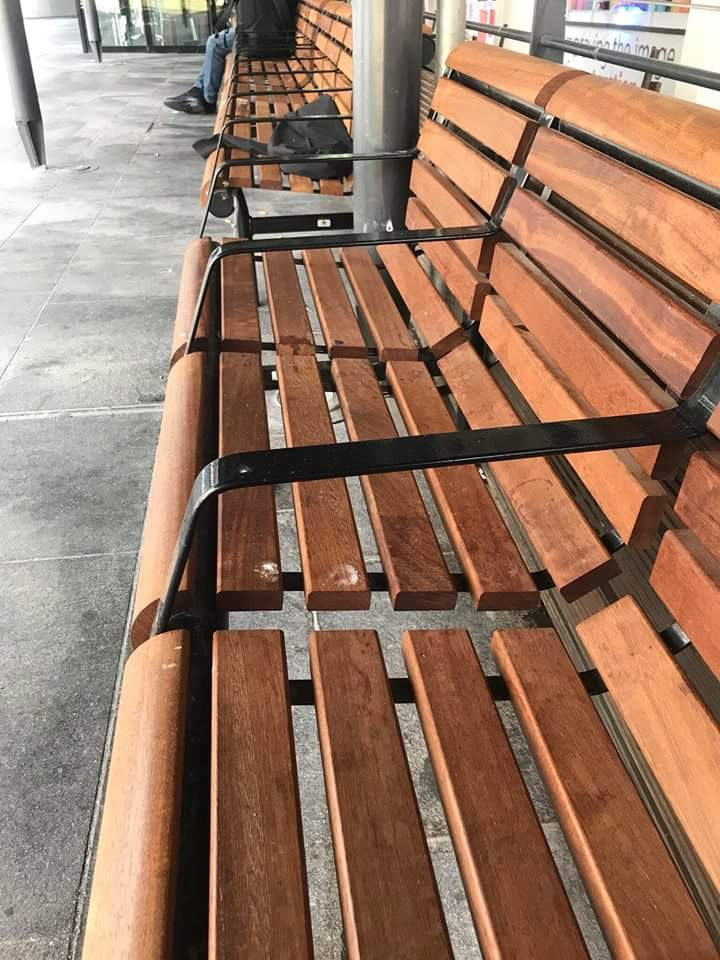 New benches have been installed outside LSE Library within the past month. Long silver benches have been replaced with those with the additional gaps and armrests often cited as ‘defensive’, ‘anti-homeless’ or ‘hostile’ architecture.

The Beaver news team was made aware of this by a recent tweet and has reached out to LSE Estates for comment on installation regarding rationale and any prior consultation. @LSEnews has responded to the tweets in question.

Hey @LSEnews, why did you change the benches outside the library to these? Rough sleepers used to use the benches at night because it’s one of the only sheltered places around, now they can’t. pic.twitter.com/h8l0DDzAqE

Thank you for bringing this to our attention, Cara. We are looking into it.

Since 2010, alongside austerity measures, there has been 169% a rise in homelessness nationally, ‘hostile architecture’ has become both more prevalent and shunned by members of the public. London alone accounts for one-quarter of all rough sleepers according to possibly underestimated official data and homelessness charity Crisis has found that rough sleeping will continue to increase to 10,000 by 2021 and 38,000 by 2041.

This includes managing features such as sloped benches or additional separating armrests preventing homeless and displaced people from sleeping or resting; automatic water sprays to disperse members of the public and damage personal property; and anti-homeless spikes underneath bridges. Crisis found that 6 in 10 homelessness services across England and Wales reported increases in ‘hostile architecture’ in 2016, with a 21% increase in ‘wetting down’ makeshift sleeping areas while people were still in them.

On the other hand, alternatives have been devised such as 2-in-1 bench shelters in Canada, designed to provide both seating and shelter.

70% of total enforcement measures made against homeless people are informal, primarily being moved on by the police or enforcement agents, then informal architecture. 80% of enforcements are not accompanied by support or advice, such as access to emergency accommodation or signposting to other organisations – although in London this is more likely to be offered.

Concerns have been raised by LSE students and staff over these new benches, especially after extreme cold weather affected homeless people situated in the Holborn area, which is regarded to have little sheltered space – spaces such as outside the Library.

Cara Leavey, MSc student at LSE and author of the original tweet, told the Beaver: “There’s a huge issue of homelessness around Lincoln’s Inn Fields more generally and whilst the university is not directly responsible, decisions such as implementing anti-homeless architecture makes life substantially more difficult for these people. I believe it’s an unfair punishment and morally questionable, so I hope the university will reverse this decision and look to helping the homeless in the area more.”

A petition has been addressed to the Director and members of LSE’s senior management  calling to “express disappointment and anger” over the new benches, citing LSE’s “claim to care about alleviating inequality and addressing social and economic challenges”. “Initiatives like the ‘Save Food’ campaign run by LSE students and alumni, LSE Catering and other volunteers – which gives out food that would otherwise go to waste by Lincoln’s Inn Fields – are already doing this.”

What is your stance on the ‘hostile architecture’?