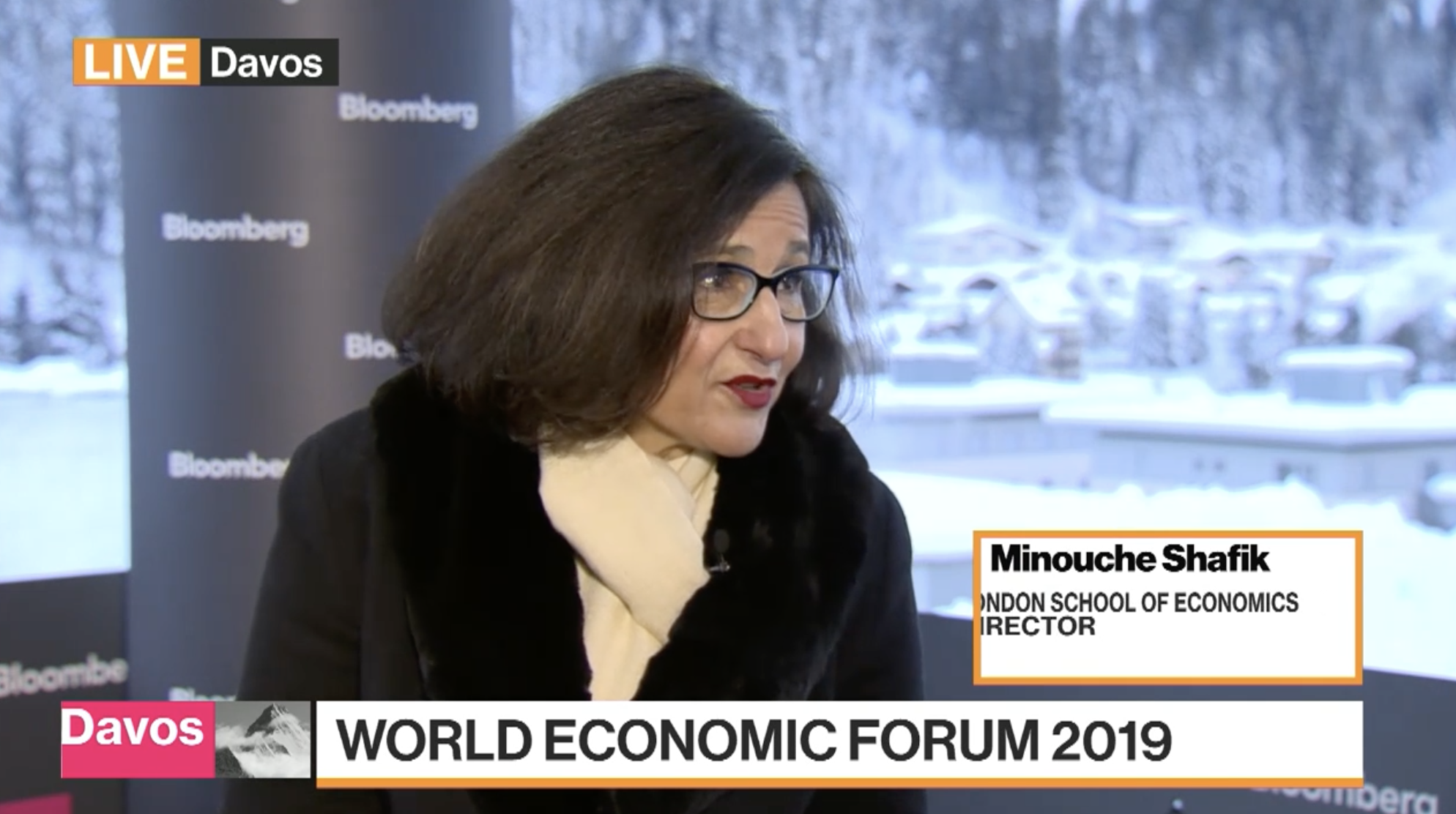 The LSE Director attended the World Economic Forum’s annual meeting in Switzerland along with politicians, business-people and other prominent voices from around the world.

The Beaver can exclusively reveal that the Director used the conference to launch “an alliance of leading universities to focus on climate change”, according to an LSE spokesperson. Several top universities from around the world including Harvard, Cambridge, Tokyo, Australian National University and the LSE are “looking to facilitate greater levels of collaboration on climate issues.”

A former Deputy Governor of the Bank of England, Dame Minouche is a highly respected figure in the finance world, as well as an agenda contributor at the WEF. Last week she gave an interview to Bloomberg in which she discussed the current state of international politics. “Very little has changed,” she said. “We understand issues better, but there’s been very little action.”

Davos is widely seen as a meeting point for many of the most powerful people in the world.It invites hundreds of business-leaders and politicians, along with senior representatives from academia, NGOs and the media. Undergraduate student Labeeb Hussain was critical of the Director’s attendance at the event, saying that he believes she should focus on more pressing local issues. “The LSE has low student satisfaction,” he told The Beaver. The university “systematically discriminates against international and BME students and exploits cleaning and teaching staff. But we can all rest easy knowing Dame Shafik is attending to her duties at the gazillionaire jamboree in Davos.”

Max Marlow, Vice President of the Hayek Society, disagrees. “I’m very happy she’s there,” he said. “It demonstrates that LSE is at the forefront of economic, social and political education… She’s furthering the understanding of the world we inhabit, and hopefully, trying to make it a better place by informing those at the top of the pyramid.”

An LSE spokesperson told The Beaver that Dame Minouche “took part in many discussions and events with senior policy-makers and practitioners to showcase LSE research.” Adding that “the Director used these opportunities to advocate for the use of social sciences and evidence-based policy-making to help tackle the world’s biggest problems.” This is not the first time that Dame Minouche has attended the prestigious Swiss event. In 2018, she was a panellist in a World Economic Forum debate about the viability of universal basic income as an economic policy.

Going forward, Dame Minouche said that politics needs to change course quite dramatically, but her prognosis was tinged with optimism. In her Bloomberg interview, she cited the source of current problems as “chronic short-termism” and urged world leaders to “get people to focus on the long-term issues and be willing to make some of the short-term sacrifices that are necessary”.

“At this year’s World Economic Forum, the LSE Director took part in many discussions and events with senior policy-makers and practitioners to showcase LSE research. Meetings and topics included, the future of technology and education at the Global University Leaders Forum, financial inclusion, reforming the global safety net and launching an alliance of leading universities to focus on climate change.

“In line with her role as head of the world’s leading social science institution, the Director used these opportunities to advocate for the use of social sciences and evidence-based policy-making to help tackle the world’s biggest problems.  It also provided an opportunity to meet alumni and enable them to engage and support the School, its faculty and students.”

PrevPreviousPaul Preston on referendums, reburials, and the far-right in modern Spain
NextAnti-Outsourcing Activists Met With Violence At Senate HouseNext
On Key