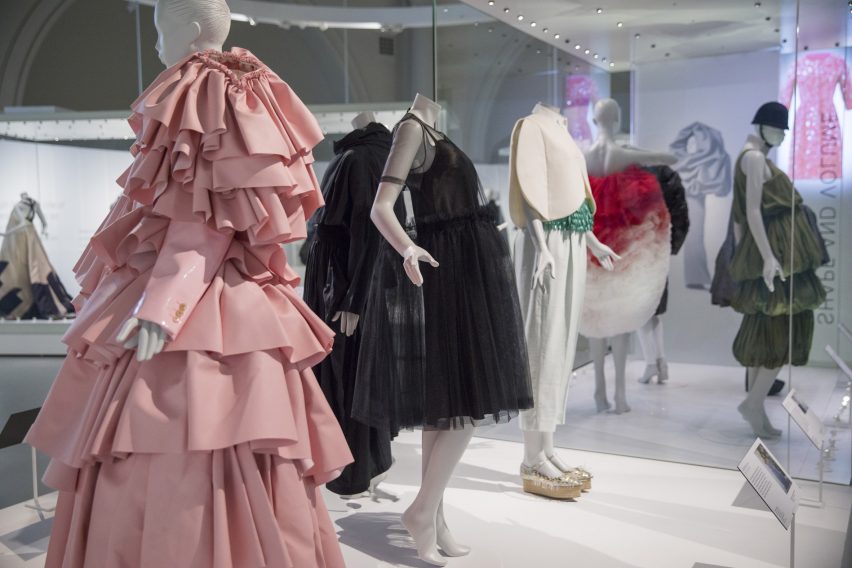 The Balenciaga Exhibition: A Cultural Journey through Fashion

The Victoria and Albert Museum is currently hosting an exhibition dedicated to the revolutionary work of the fashion designer Cristóbal Balenciaga named Balenciaga: Shaping Fashion. The futuristic designs and extraordinary patterns bedazzle the viewer with the possibility of him or her deviating from the turning point of the exhibition: culture. The cultural aspects behind Balenciaga’s haute couture designs are unravelled and paid tribute to.

Balenciaga: a Spanish at heart and at needle

Cristóbal Balenciaga was born in 1895 in the Basque region of northern Spain. In 1949, Harper’s Bazaar emphasised greatly on his influence from his cultural heritage. Balenciaga had by that time often used dark woollen, stripped skirts that were emblematic of northern Spain. The editor of the issue took initiative to introduce a fan and pair of silver earrings to Balenciaga’s designs in order to emphasize the resemblance between traditional Spanish wear and his clothing line.

Even though it is historically known that the designer was not a heartfelt supporter of bullfighting, he drew from the designs worn in the ring. Chaquetillas that were part of the traditional bullfighter’s “suit of lights” signified the process of getting dressed to kill, hence their intimidating to the eye designs. Balenciaga carefully redesigned the bullfighting wear from masculine garment into female fashion to create haute couture evening jackets.

Balenciaga was not only culturally but also religiously inspired. He was known to be a devout Catholic, a fact that was evident in the designs exhibited. The cuts of his designs celebrated that women’s clothing can be both sensual and reserved.

The Spanish Mantillas were shawls often made of black lace and worn by women in religious ceremonies or special occasions. This piece of clothing became representative of 19th century Spain through the famous works of Fransisco de Goya such as the Portrait of Queen Maria Luisa in a Mantilla (1799). Balenciaga was a lover of drama and often employed techniques that would create visual contrasts in his designs. Influenced from the mantillas, he used black lace on top of contrasting fabric to make a statement of the female intensity and versatile nature.

A Taste from Another Continent

The designer’s influence from Asia was the last but most captivating point of the exhibition. The Japanese kimonos and Indian saris were transformed into high fashion works of Western art in the hands of the designer. He designed a series of women’s evening attire based on kimono sleeves and an obi style belt that kept the waist of the dresses defined to turn the spotlight to the curves of the female body. In a similar fashion, even though traditionally Indian saris are built from a single long piece of a special fabric, Balenciaga’s sari dresses were sown together by many pieces in order to adjust tighter and in a way hug the body of the model. In his works, the traditional Japanese and Indian wear met the fashion needs of the European woman leading the way for many great designers to follow his footsteps.

To conclude, Cristóbal Balenciaga was what he intended to be, “an architect for design, a sculptor for shape, a painter for colour, a musician for harmony and a philosopher for temperance”.