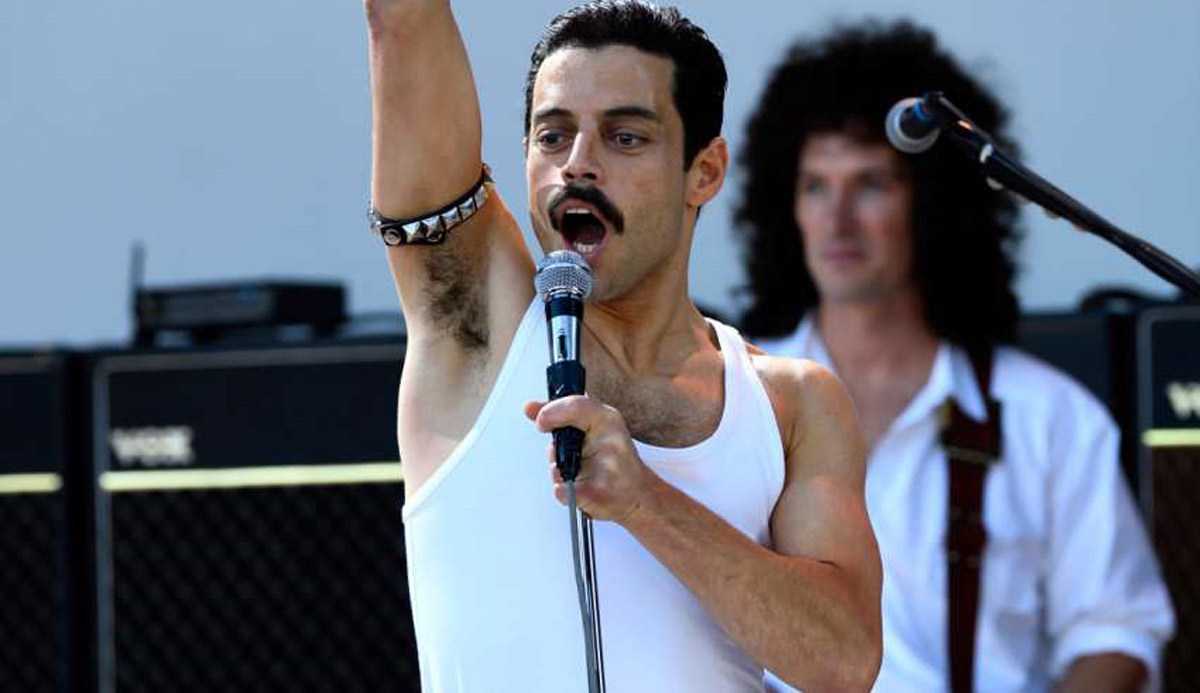 “Bohemian Rhapsody”: Is It Worth Your Time?

Something I didn’t expect happened while I was watching the Freddie Mercury biopic Bohemian Rhapsody: I started enjoying myself. Not that I wasn’t looking forward to revisiting Queen’s classics, or that I was overly influenced by the movie’s numerous detractors. But the film’s first half seemed to confirm what I had read: the formulaic approach and shallow characterisation. I started penning a mental review, hesitating between different puns on the idea that Rhapsody was “not guaranteed to blow your mind”. So, when the movie gripped me halfway through, I was forced to reconsider my stance.

The backlash has been fierce, and some valid points were made. For most of its runtime, Rhapsody plays as a tame portrayal of a man who was anything but tame. In light of past gems such as Control or Love & Mercy, it is frustrating to see the filmmakers resort to such old and tired techniques as the touring montage (in which we are shown the band’s progress through a montage of their diverse touring dates, while their music plays in the background).

The film has the annoying tendency of telling us about Queen’s music instead of showing us what it means and where it comes from. “We need to get experimental”, and “we’ll cross boundaries” may pass for adequate mission statements coming from the neighbourhood teenage garage rockers, but as commentary on how a band of so-called misfits set out to write a page of music history, they sound laughably trite. Although the second, stronger half does a decent job of portraying Mercury’s growing feelings of isolation and hurt, we are initially served with scenes of him sitting at the piano as words effortlessly pour out, shuddering at his own hidden darkness (“I sometimes wish I’d never been born at all”). At that point in the movie, we haven’t been given convincing reasons to take those lyrics seriously.

And yet, at its best, Rhapsody is the gripping portrait of an outsider whose life makes most sense when he performs for an audience. Like Mickey Rourke’s character in The Wrestler, he lives for the stage, and dreads those “in-between moments” when his demons come crawling back. The strength of Rami Malek’s performance is understanding that the best way to impersonate a real-life character isn’t to imitate them but to interpret their inner turmoil. Juxtapose the movie’s first scene – in which Freddie, his back to the camera, comes alive as he warms up on his way to the stage – and ones where he shrinks back into himself, alone in his mansion – and you’ll get a sense of the impressive range of nuances Malek brings to the role.

Rhapsody’s centrepiece, revolving around Queen’s most memorable live moment, is a wildly kinetic, contagious and uplifting ride. Like Mercury himself, this scene’s direction is bold, loud and unapologetic. By moving the camera fluidly from stage to audience and back, the directors make a statement about what Queen’s music was about: the connection with the fans. It doesn’t matter how much they hammer that point home by repeatedly cutting away from the concert to show people watching in bars, offices and their homes (another of the genre’s trademarks). Rhapsody gets away with it because it uses it to comment on the band’s – and Mercury’s – almost codependent relationship with their audience.

I left the cinema on a high, reinvigorated by those final images and the accompanying sound design. Bohemian Rhapsody is a flawed biopic, and certainly no milestone. Yet, its more inspired moments make it worth watching. Worst case scenario, you’ll be humming “Don’t Stop Me Now” all the way home.