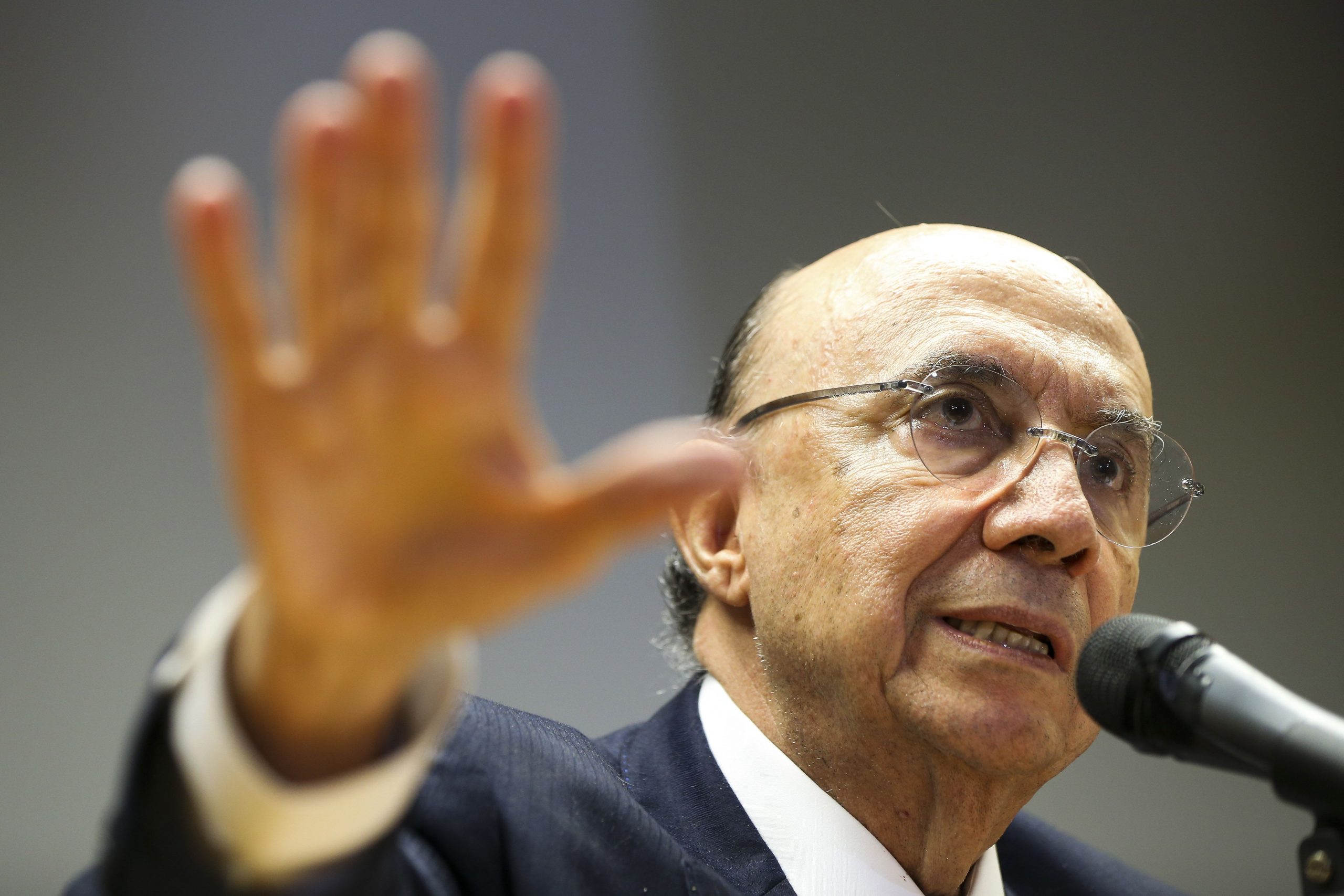 Brazil: From Reform to Recovery?

Once the word on the lips of every economist and investor, Brazil has faced a dramatic slowdown in its economic fortunes over the past two years. In the wake of numerous political and corporate corruption scandals, a combination of high debt, complex tax regulation and high inflation has led to investment being pulled out of the country and a collapse in domestic consumption, killing GDP growth stone dead.

The man charged with bringing it back to life, Finance Minister Henrique Meirelles, was welcomed eagerly to the New Academic Building on Monday last week, where he delivered a one-hour presentation on the reforms that the Brazilian government are introducing to recover from what he referred to as the “worst recession in Brazilian history”.

The statistics appear to agree with his assessment. From 2015 to 2017, the Brazilian economy shrank almost 8% – the first time that GDP fell across two consecutive years since 1929-31. Unemployment rocketed from 6.8% in 2015 to over 14% by 2017, and public debt soared, pushing Brazil’s credit rating down to BB – one level above ‘junk’. As a result, the very same investors who had flocked to Brazil during the boom of the 2000s now found themselves rats on a sinking ship, terminating their cash flows and plunging the country even further into recession.

Yet Mr Meirelles struck an optimistic figure throughout the night. His administration’s reforms, he claimed, have so far been extremely positive. In June, the country finally emerged from recession with GDP growth of 1% over the preceding quarter. Speaking to The Beaver afterwards, Mr Meirelles asserted adamantly that, as a result of his administration’s new measures, Brazil was looking forward to a bright future.

“Confidence is going up – that is a result of what is happening with business”, he said. “Because the basic reforms are done, things are moving. And, at the end of the day, I think we are going to come out a much better country in every aspect”.

The reforms that he refers to are composed of several strands. Firstly, the Ministry of Finance, under the presidency of Michel Temer, is looking to simplify Brazil’s complex tax code in order to make the country more business-friendly. “The annual time companies spend paying taxes in Brazil is 2600 hours per year”, he claimed during his presentation. “The idea is to bring this number down by 75-80%”. Combined with the opening up of Brazil’s oil and gas markets to private ownership, the measure looks to attract investors back to Latin America’s largest economy.

Secondly, Meirelles is looking to make drastic changes to the bureaucracy of opening of businesses in the country. It currently takes 101 days to fill in the papers required in order to set up business in São Paulo, Brazil’s corporate hub. Under his administration, he says, the government would look to reduce this number to ten initially, eventually falling to as low as three in the long run.

In spite of Brazil’s growing debt crisis, the minister asserted that total tax collection in Brazil was the “highest in emerging markets”. In order to tackle this phenomenon, the government’s announced one of its flagship proposals earlier this year, setting an absolute budget ceiling limiting real growth in expenditure to zero over the next 20 years. This will be achieved through reforms to Brazil’s pension and social security scheme, which are to be voted on by Congress this month. He pointed out that government spending on social security as percentage of GDP in Brazil is currently higher than that of Japan, despite the fact that Japan has one of the oldest populations in the world, and Brazil the youngest.

The country, Meirelles argued, has been too dependent on a consumption-driven strategy over the last decade, ignoring the fiscal repercussions. When consumption inevitably stopped booming after a fall in confidence, the rest of the economy fell with it. “The whole idea of private consumption driving the economy failed, because this [in turn] caused private consumption to fall”. These changes to the welfare system, he said, will boost Brazil’s fiscal health and credit rating, drawing investment back into the country.

“I had a meeting recently with five CEOs of very large companies with a very large presence [in Brazil]. Every one of them was reporting great sales, increasing demand, confidence in the reforms – every one had increased sales. And, as a result, increasing [foreign direct] investment.”

These austerity measures, however, have not been praised universally. Two weeks ago, Oxfam referred to the debt ceiling as “a big step back in guaranteeing rights” for those living in poverty in Brazil. According to Oxfam’s research, the top six billionaires in Brazil hold the same wealth as the poorest half of the population. The criticism is that a blanket ceiling on government expenditure could squeeze benefits for those who rely on them, and perpetuate the extreme inequality and poverty that runs rife across Brazilian society. When questioned on this, the minister assured that his government would not look to remove current standing welfare payments to those in poverty, such as the ‘Bolsa Família’ scheme, which covers over a quarter of the Brazilian population. ‘‘We understand that many Brazilians need a strong and functioning social safety net’.

In justification of the budget cap, Mr Meirelles pointed yet again to the Brazil’s lack of fiscal health, citing it as a factor in driving injustice and inequality. “Increasing the cost of the machine does not necessarily distribute income”, he said firmly. “In the last few years, the government has been getting bigger, public expenses have been getting bigger, and this has not improved the distribution of income in Brazil – it has worsened. It is important to do the opposite. To be in a situation with more jobs, less inflation and higher incomes”.

“What we are building is a Brazil that grows more, that creates jobs and that can, therefore, distribute more income. The most effective measure is, firstly, to create jobs; secondly to create better and better jobs; and finally to create a macroeconomic condition which cuts down on inflation”. Inflation, Mr Meirelles argued, hits the poorest hardest. “[Lowering inflation] increases purchasing power, especially for those with lower incomes”.

There have been rumours circulating in recent months of a possible presidential bid by Mr Meirelles, under the centrist PSDB flag, for the upcoming 2018 election. When asked about these rumours, the minister dismissed the possibility, as he has in the past. “I do not think about what could happen, what I would do [in the future]. For now, it [being Finance Minister] has worked”.

Meirelles has always steered clear of politics and partisanship, seen by many as a reliable, sturdy and economically literate pair of hands-for-hire. He has served under two presidents of very different ideological stripes – as governor of the central bank under leftist firebrand Luiz Inácio Lula da Silva, better known as ‘Lula’, and currently as Finance Minister under the centre-right coalition led by Michel Temer. Throughout the presentation, he made clear his belief that the government’s reforms were a result of objective statistical analysis, and not driven by political ideology. “This is not a particular government agenda,” he stressed. “This is an agenda for the next generations, for the future”.

Pressed by The Beaver on whether recent political corruption allegations, including those aimed at President Temer, could hinder the flow of foreign direct investment into the country, the minister seemed to avoid making a correlation between the two factors. “What companies are doing is looking at the basics – what is really taking place in the economy, the institutional environment, and not these specific problems”.

“Things are moving in Brazil in spite of the [political] problems, but it is moving in the right direction I think, in every area. And people are already looking ahead.”

PrevPreviousThe Next Big Revolution
NextIraq’s Shia Militias: Does the West Need to Be Wary of its New Allies?Next
On Key