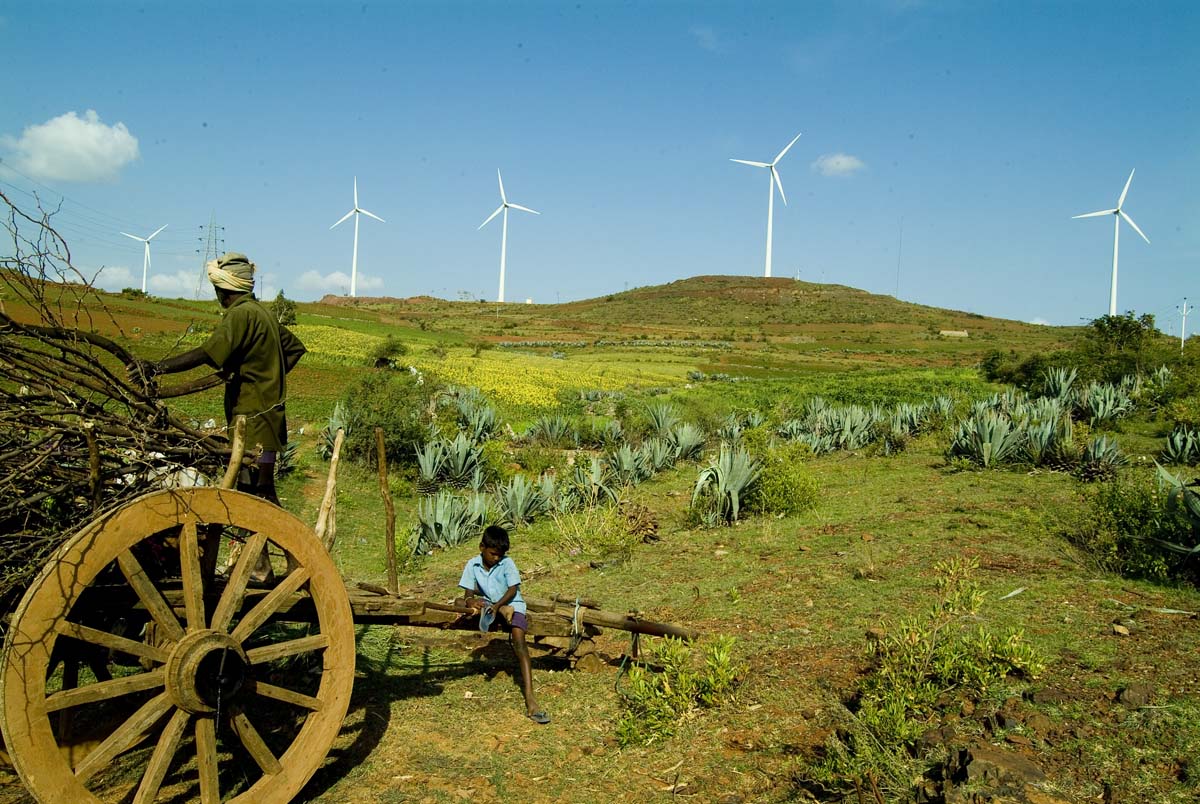 The Next Big Revolution

What links a wheel, a steam engine and a computer? Other than perhaps a steampunk Batmobile, all three inventions paved the way for revolutions which, in turn, transformed human society. However, these three revolutions were not the last; renewable energy now looks set to reshape human society. And, in contrast to the steam engine and the computer (which when invented predominately benefited the developed world), renewable technology has the capacity to rebalance the North-South divide.

India’s population is currently the fastest expanding in the world and with this comes an ever increasing demand for energy. Already there are 240 million Indians without reliable access to electricity. India cannot afford to import energy to meet the demand, thus leaving it with one solution: investment in renewable energy. Should India make sufficient investments in renewable energy, the result will be a consistent supply of energy to one of the world’s largest populations. A rapidly developing nation would then become non-reliant on imports of energy from other nations. The implications of this will be immense: lifting hundreds of millions out of poverty, allowing the huge population to engage in trading and thus creating an economic powerhouse.

What will be true in India will also be true elsewhere. Many African nations cannot afford to import or invest in conventional energy. With a renewable energy revolution, the millions of Africans currently stuck in a poverty trap (living in a largely agrarian society) would gain access to electricity and trade, lifting themselves out of poverty. Furthermore, African nations would become energy self-sufficient, reducing their vulnerability to geopolitical conflicts.

While developing countries stand to benefit the most from the green revolution, developed nations also have much to gain. Currently all EU Nations import more energy than they export with two key consequences. First and foremost is the cost of importing energy and the adverse impact this has on government budgets. A further consequence is that the EU is vulnerable to the geopolitical environment. The 1973 oil embargo by OPEC highlights this, alongside the fact that Europe imports much of its gas from a highly unpredictable Russia; the green energy revolution would alleviate these problems.

With so many modern conflicts being caused by energy and its scarcity, a world with more energy sufficiency should be a world with less conflict. In Crimea, Moscow would not have been able to act with so much impunity had Europe not been reliant on Russia for its gas supply. Vital trade routes would not be the source of unrest that they are today. In 2011, 15.2 million of the 87 million barrels of oil produced per day passed through the straits of Malacca. Due to its strategic importance, control of the straits is constantly contested by nations; this is a prime example of a conflict that would be alleviated by the green revolution.

So how close is the renewables revolution? The technology is still in its infancy, but is making progress. A major stumbling block is the ability to store the renewable energy to ensure it can be used when required. Elon Musk is making leaps and bounds in the development of batteries for renewable energy storage. Even without this missing piece, governments across the world are still making ambitious commitments to increase renewable energy generation. In 2016, $227bn was invested globally in clean energy compared to $114bn in fossil fuels. Narendra Modi, India’s prime minister, has committed to a 20 fold increase in India’s solar power generation by 2022. Angela Merkel announced the removal of nuclear power from Germany’s energy mix in 2011 and has replaced it with renewable energy. On particularly gusty weeks Germany has had the problem of generating too much wind energy!

It is not only countries making sizeable commitments: global companies are also following suit. Shell has said it will spend $1bn a year on biofuels, hydrogen and renewables by 2020. Dong energy has sold its conventional power department to focus on its wind power sector. This global surge of investment in renewable energy would not be occurring if nations and firms did not envisage a bright, green future.

To tackle climate change we need a green revolution and now it looks like one has come. Its effects will be of as great a magnitude as the wheel, the steam engine and the computer. It’s a revolution that will touch all parts of our lives. Though there are many hurdles yet to overcome before we can truly mitigate climate change, the green energy revolution and its many possibilities mean that there is, at least, hope.

PrevPreviousThe Amartya Sen Interview: on Democracy and Justice
NextBrazil: From Reform to Recovery?Next
On Key