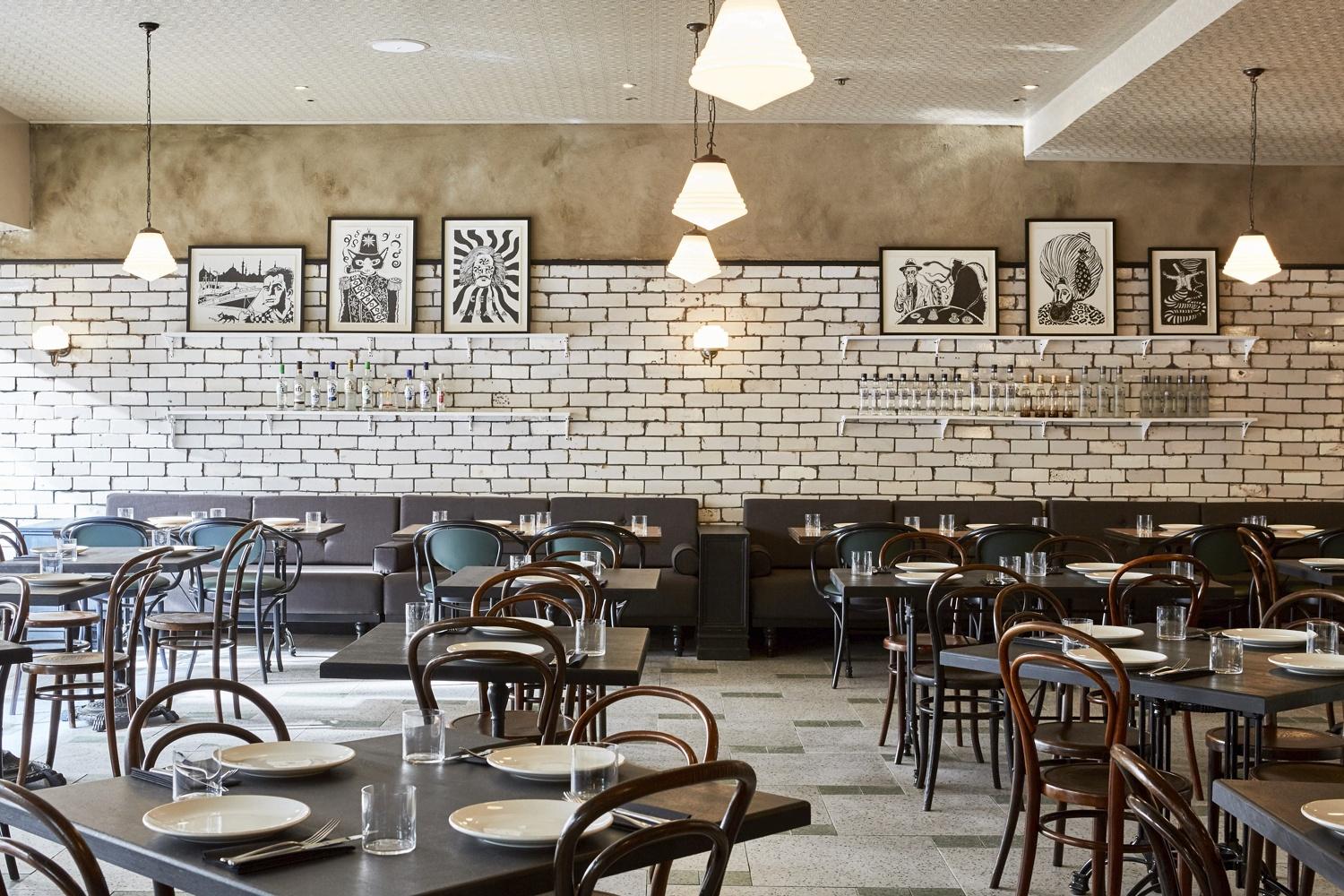 Calcutta Street is situated in nouveau chic Fitzrovia, just a short walk away from Goodge Street station and only 20 minutes away from campus. The restaurant is small but cosy, making the most out of the petite premises. With prices ranging from £25-£35 pp without drinks and £30-£40 pp with a glass of wine or a cocktail, Calcutta Street gives a taste of Bengal at reasonable, everyday prices.

In my inaugural piece for The Beaver, I was tasked to review a restaurant of my choice. Set with the task of finding somewhere happy to have me review them; I went about contacting vast swathes of restaurants that fit my criteria of affordability, but more importantly, unique allure. Needless to say, the response rate was dire. After countless rejections, I had almost given in to renouncing my dream (albeit a fresh one, only around a week old) of becoming a food critic. ‘One last try’ I said to myself with a hint of desperation in the air.

I called a small Italian restaurant based in Soho. A perfect excuse to whip out the Italian my parents taught me so many years ago. ‘Buonasera’ I exclaim, ‘potrei parlare con il gestore del ristorante?’ my voice cracks in trepidation as I wonder whether all those years growing up in suburban London had left me with an accent that would reveal me as a fraud. Would I be exposed as just another fake Italian? But then, relief. ‘Un momento’ I hear in response. My Italian was good enough for the server, now is it good enough for the manager?

An older Italian gentleman comes to the phone and inquires as to why I have called. I explain I want to review his restaurant for an article in The Beaver. He doesn’t seem to be familiar with The Beaver, or LSE for that matter. The Italian gentleman briefly pauses, seemingly in contemplation. I hear shuffling in the background. Maybe he’s looking through reservations to see when he can fit me in? After what seems like an eon, the familiar cursive voice that held the key to this article reappears. ‘No’. Perhaps because the word ‘no’ is identical in English as it is in Italian, it hurts just that little bit more. He pauses again, this time as if to emphasise the ridiculousness of my request. After some awkward mumbling on my end, he soon replies with a curt and colourful rendition of what roughly translates to ‘please don’t call me again’.

I had failed. Resigning myself to a career in banking or consultancy, I sat down to apply for yet more summer internships. Quite remarkably, I soon received a reply to one of the many emails I had sent and then immediately forgotten about. A small, family-run Bengali restaurant called Calcutta Street had invited me along for a meal that very evening. Jumping at the chance I quickly replied and chucked my semi-defrosted chicken thighs back in the freezer, threw on a coat and stumbled out the house. With the aura of a slightly hungover, knock-off Jay Rayner about me, I was ready to critique my first restaurant.

Arriving at Calcutta Street, the menus are presented in custodial turquoise wooden shutters. It makes for fiddly reading, but it is a small price to pay for an endearing novelty such as this. The dim lighting makes for hushed conversation. Probably for the best in an establishment this small, lest no conversation be heard at all.

The night itself was slightly soured by a sore throat I had acquired. Thus, I decided it be best not to drink. Nonetheless, the wine list seemed more than adequate with a range of wines and prices for most budgets. A range of exotic, self-engineered cocktails are also on offer, for which I feel I may have to return to sample in the future.

I began my meal with the tilapia devilled fishcakes, a seemingly simple dish, but one which many fail to adequately prepare. To my delight, I was presented a generous portion with a crunchy, golden shell, cracking under the weight of my knife to reveal a sumptuously moist interior. The tilapia was not overcooked, even in the slightest, and the devilled sauce which accompanied the dish complimented the fishcakes perfectly. Spicy, not vulgarly so, but as to enhance the subtle taste of the fish. One must also give Calcutta Street a major pat on the back for being brave enough to serve tilapia. Tilapia has earnt itself a terrible, but wholly unwarranted, reputation in recent years of being a dirty, bad tasting fish. In reality, it is anything but. A delicate, flaky and moist meat, tilapia is also tremendously sustainable. Indeed, we should all be eating more of it, especially in the form of these delicious fishcakes!

My enjoyment of my starter had left me excited for my main course. The Kankrar Jhal. Crab in a spicy tomato sauce. Warned that the half crab was more than enough for one, I listened; and kudos to me for doing so. For as the dish arrived, I realised that I had been served yet another lavish portion. Maybe because the starter had set the bar so high, I was left slightly disappointed by the main. Though the crab was cooked to perfection and the sauce was subtle enough not to overpower its delicacy, the rather oily sauce was crying out for some more spice and flavour. Where this dish had so much potential to transport me via taste bud to a small shack serving enchanting seafood on a Bengali beach, I was left thinking that it tasted distinctly European. Deshelling the crab was also an experience. As a dollop of crab meat landed on my forehead, I felt relief in the fact I had brought my housemate along with me (who has seen me in far more embarrassing situations), and not a date. The paratha which accompanied the crab managed to compensate somewhat for it. It was truly delectable. Slightly toasted on the outside but still soft and fluffy within. Most importantly it was not accompanied with its own weight in grease, as parathas often are in lesser establishments.

My time at Calcutta Street was almost over. But for dessert. And there is always room for dessert! Dessert can make a meal, but just as easily ruin it. Being the last item that one has the pleasure to enjoy, it has the potential to turn an average meal into a great one and vice-versa. I was presented with three options; none of which I was familiar with. I asked my server for a suggestion and was recommended the Pithe. Bengali rice flour pancakes stuffed with shredded coconut and topped with almonds and jaggery syrup. Perfect. When the Pithe arrived and I took my first bite I realised this dessert would make the meal. The pancake was expertly prepared, crunchy near the ends, yet soft and spongy towards the centre. On the thicker side of thin, the pancake did an excellent job of cleansing my pallet. It was helped, no doubt, by the shredded coconut stuffed within, and the sliced almonds layered on top. The jaggery syrup on top made for a refreshingly sweet aftertaste. As a passionate fan of South Asian desserts and sweets I deeply enjoyed discovering this dish, however it is not for those without a sweet tooth. Once again, the portion was rather large, making it hard to finish, and detracting slightly from what was otherwise a wonderful dessert.

A disappointing main was more than made up for by expert starters and desserts. Attentive service and niche décor made Calcutta Street a cosy and warming place to enjoy a meal. A comfortable family run restaurant at a very reasonable price, Calcutta Street is a great place to eat for those wanting a cheap and cheerful bite of Bengal, a stone’s throw away from campus.