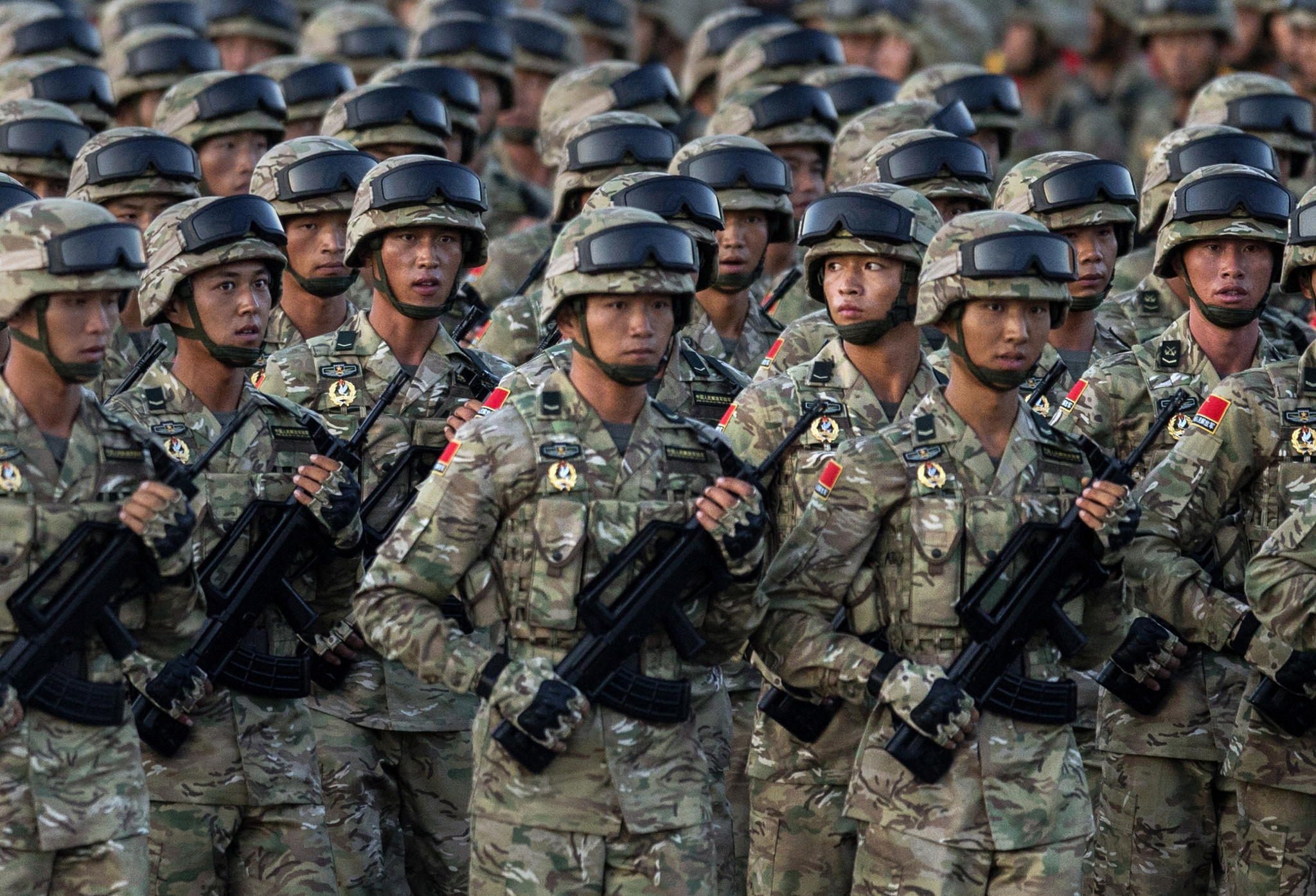 The meteoric rise of China as an economic power in the last three decades has led International Relations theorists such as John Mearsheimer to predict the coming of intense conflict between the People’s Republic of China and the United States. This case is driven by three main arguments: domestic politics, economic interdependence and the problem presented by a security dilemma.

First, in marginalising the influence of domestic politics on the international system, many theorists fail to adequately account for the strong internal constraints that prevent the escalation of conflict. A common thread running through realist literature is the overriding focus on China’s capacity and willingness to maximise its power to secure itself in an anarchic world devoid of any other higher authority; such a move, they contend, will naturally bring about a balancing reaction from the threat presented by a potential regional hegemon.  Here, China’s “peaceful rise” serves as nothing but a convenient Manichean cover for sinister long-term aims that can only be struck down with forceful action by the United States. Some see evidence of this balancing in the strengthening of ties between the United States and its regional allies, as well as the growth of this clique to include non-traditional states such as Vietnam and Indonesia. Furthermore, the argument is strengthened by Japan’s rewording of Article 9, allowing for limited remilitarisation under the pretext of collective self-defence.  More compellingly, recent Chinese actions, including the harassment of fishermen as well as placement of missiles on disputed islands in the South China Sea, may have betrayed its bellicosity and propensity to utilise violence in order to secure its hegemonic interests. In short, the argument that a united front formed against a burgeoning “China threat” has its fair share of evidence.

Yet realists have a tendency to bisect international and domestic politics with the intent of formulating a coherent analysis of global affairs using only this factor. Such an approach places little emphasis on endogenous factors that suggest that China is more of a “reformist revisionist” power seeking to secure its internal stability and clearly defined national interests. What is key to understanding the black box of Chinese politics is probing the desire for the maintenance of civilizational unity. A case could arguably be made that Mao had understood this when he sought to contain the Cultural Revolution he himself had initiated by quelling the Red Guards in the wake of a rising secessionist threat presented by the Shanghai Commune in 1967. Furthermore, the absence of democracy in China has not precluded the existence of a tacit social contract between the Chinese Communist Party and its citizens. Here, there exist internal sanctioning mechanisms that threaten to punish the CCP given the intrinsic linkages between its legitimacy and its ability to provide for economic growth As such, any actions that threaten to delink mercantilist interests from access to global markets and by extension, the derailment of economic progress, could be met with significant internal resistance.  Hence, war with the United States, especially on issues beyond the current interests of Taiwan and the South China Sea, presents too large of a risk in light of its ability to destabilise and weaken the CCP’s grip on power. Therefore, it is difficult to substantiate the realist postulation of China’s pursuit for regional hegemony when it is clear that aggressive moves explicitly threatening Taiwan or Japan will lead to a collision course with the United States.

Furthermore, theorists Robert Keohane and Joseph Nye draw attention to the importance of economic interdependence in imbibing peace into relations between the two powers. Clearly, although national interests can take precedence over economic interests in China’s policy formulations, there exist thresholds of acceptable escalation due to the structure of the global economic system. Firstly, China can stand to gain more from participation in the current international order than any attempt to challenge it. Clearly, where realists err is in their belief that the current international order is intrinsically American. However, Ikenberry argues that the accommodating and flexible nature of the current international system will outlast the declining hegemonic leadership of the United States. It is this very malleability that the current system possesses, as evinced by the presence of various Capitalist state models, which would in turn facilitate China’s peaceful rise.  What this system solves is the mistrust that democratic peace theorists cite in relations between liberal and illiberal powers. Evidently, an autocratic Capitalist power may threaten global peace as realists utilising historical precedence like to suggest but China has yet to articulate the expansionist desires expressed by Nazi Germany or Imperial Japan.  Moreover, any desire to do so risks incurring the backlash argued in the previous paragraph.

Secondly, China understands that economic tools present a more effective means through which to secure its national interests. Chinese manoeuvres in the South China Sea has translated into greater assertiveness in recent years but this has not meant that only militaristic means were pursued. In fact, China has coupled its increasing machismo in the region with the adoption of a more cooperative diplomatic policy aimed at portraying itself as a source of opportunity rather than a threat. This has led to the signing of the Declaration on Conduct in the South China Sea, committing itself to the non-aggression and non-interference where territorial issues are concerned. Hence, the build-up can be interpreted as more of a defensive posturing to secure what it deems as justifiable national territorial interests rather than a concerted attempt to emerge as a regional hegemon. Furthermore, China has sought to strengthen bilateral economic ties with states in the region and more importantly, champion the cause of developing nations by pushing for a more equitable distribution of power in the global economic system through the formation of the Asian Infrastructure and Investment Bank. Yet, even in the economic sphere, China is constrained in what it can do to revise the international system. As what international theorist Barry Buzan terms a “reformist revisionist” power, China seeks to ameliorate the current inequalities perpetuated by the economic order but yet possess no incentive to act as a fully revisionist power given its ability to profit from the system.

Moreover, mutual interpretations of motives and identity are key in any attempt at pre-empting conflict and as such it is important to see if similar constraints exists where the United States is concerned. The overemphasis on China where the study of potential great power rivalry is concerned obscures the impediments that the United States faces as well. Here, the logic of Kant’s argument about the sanctioning mechanisms that electorates in democracies possess come in even more salient in explicating why war is certainly not inevitable where relations between China and the United States is concerned. Foremost, given the sheer size of economic interaction with China, any attempts at engagement in war will most likely be met with strong domestic resistance from various parties. Moreover, enhanced sensitivity and the revival of a “Vietnam syndrome” after the invasion of Iraq in 2001 have made justifying war even more problematic.

Lastly, military impediments presented by a collective action problem and security dilemma also work to constrain and sanction both powers. Where China is concerned, there exists a real threat of a security dilemma in the region. Hence, there exists a strong incentive for China to maintain peace and stability given that it cannot credibly commit to not attacking its neighbours even if its actions were made under the pretext of defence. As such, any actions that can be interpreted as overtly expansionist will result in an intensifying of distrust as well as a balancing of power. Such an action will not only threaten China’s economic growth by destabilising the Asia-Pacific region through the possibility of an arms race but also risk the formation of an anti-China bloc; a problem made more acute by China’s lack of military alliances. In fact, it has been argued that US presence in the region has diluted the impact of the security dilemma especially with regards to Japan and Taiwan.

Additionally, much is dependent upon the United States’ perception of the China threat. However, fears that the Chinese military may eclipse that of the United States are vastly overblown. The scale of the current global power asymmetry has no historical precedent and as such any attempts by China to close this gap will be impeded by the threat of a regional arms race. Conversely, even if the United States were to perceive China as a peer competitor and seek to quell the threat it presents to its hegemony in the Asia-Pacific region through aggressive measures, it will also have to live with the fear that such an action will provoke a Chinese response which will feed into a cycle of military budget increases. What is more problematic is the simplistic realist portrayal of the US’s allies. In assuming that traditional allies such as Germany, France and South Korea will unquestionably support the United States fails to account for each of their varied interests in keeping good relations with China. Not only do the economic factors feed into these considerations, the threat that the US poses to the international community will also have to be kept in mind. The claim that the United States will act responsibly as a hegemonic power has been severely weakened by its intervention in Iraq in 2001. Clearly, its actions in the moment of global unipolarity such as its refusal to join the ICC or its withdrawal from the Kyoto Protocol, threatened a dangerous precedent where the US could act in a manner that was free from sanction. Here, events such as allies of the United States joining the China-led AIIB or the refusal of Germany to partake in the Iraq war illustrates the point about the tentative nature of commitments. It would, perhaps, be unsurprising if allies of the United States refuse to support a path that moved states towards confrontation with China.

War, although a possibility, remains far from inevitable. War as an outcome is contingent upon the overcoming of significant domestic, economic, social and military impediments emplaced upon both parties. Yet, one should also stress that despite there being roadblocks to check the descent into conflict, the threat that exists from mutual misinterpretation and distrust is not something to be taken lightly.

PrevPreviousFighting for Free Speech in Turkey
NextThe Long Read: Why I’m Leaving the LSENext
On Key