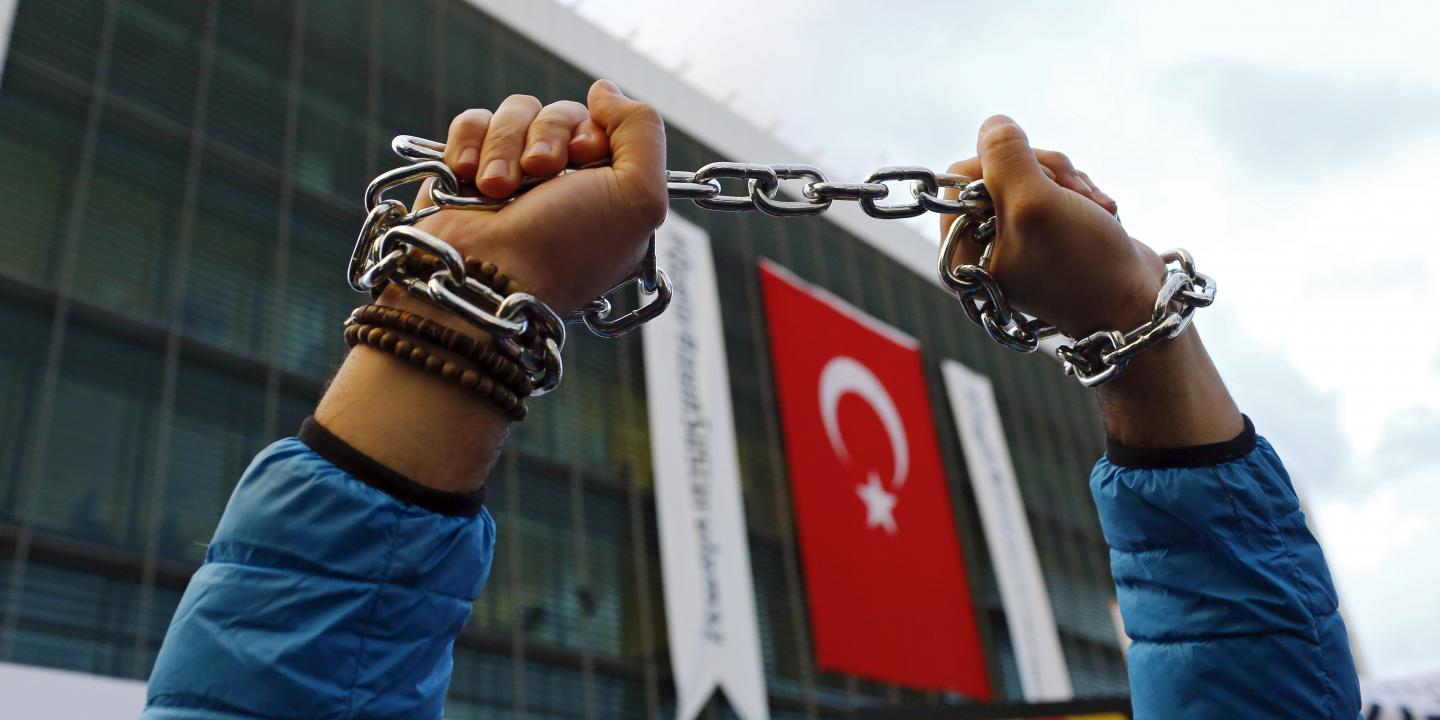 Fighting for Free Speech in Turkey

Journalism is not a crime. With these words emblazoned across their banners, protesters drove through Berlin and other German cities last week in solidarity with Deniz Yücel. The #FreeDeniz movement was brought to life after the German-Turkish journalist was taken into police custody in Istanbul last Monday.

On the 14th February, the 43-year-old correspondent for German newspaper Die Welt was arrested and has now, two weeks later, been placed under formal detention. In Turkey, this procedure allows suspects to be held for questioning without trial for up to five years. Exactly what led to the implementation of this drastic measure is unclear. Some reports state that Yücel was detained after reporting on an email hacking scheme that took place against Turkey’s energy minister, who is also the son-in-law of President Erdogan. Others suggest that the journalist was actually involved in the scheme himself, and turned himself in at the police station.

As the last few months have shown, Erdogan is not a desirable figure to have as an enemy. The Turkish head of state has been criticised for moving the country further and further towards autocracy. Since the failed coup attempt in July 2016, the media in particular has often been at the receiving end of the government’s crackdown on dissent. There are currently 152 journalists being held in custody in Turkey, including Yücel. 173 media organisations have been closed down since the attempted coup, including magazines, newspapers, radio stations, news agencies and websites. As a result of these closures more than 2,500 journalists have been laid off and 800 journalists have had their press cards cancelled by the authorities. Now, with the arrest of a journalist working for a German news outlet, it appears as though this attack on free speech and press freedom has now transcended international borders and is no longer restricted to Turkish media.

Yücel has also been accused by the state of promoting propaganda on behalf of the forbidden Kurdistan Workers’ Party (PKK), which is categorised as a terrorist organisation in Turkey. This accusation rests solely on an interview the journalist conducted two years ago with Cemil Bayık, one of the PKK’s founders. Conducting interviews, even if with controversial figures, is viewed in normal circumstances as part of the journalistic profession, not as grounds for arrest. Under Erdogan’s regime, however, the rules appear to be different.

Now, Yücel faces up to ten and a half years in prison for both charges of promoting terrorist propaganda and his involvement in the email controversy. In Germany, this case has sparked outrage. When it comes to Turkish-German relations, Chancellor Angela Merkel is usually cautiously reserved, wary of being outspoken on the matter. This time, however, she has taken an unexpected stand in defence of the journalist. Denouncing the decision as  “disproportionately harsh” and saying that “the government expects that Turkish justice in the case of Yücel will take account of the high value of press freedom in a democratic society”, the Chancellor has surprised those claiming she is not willing to stand up to Erdogan in order to protect the EU-Turkey deal that stems the flow of migrants into Europe.

Eight months before the parliamentary elections in Germany, Merkel is in a difficult position and has come under domestic pressure to stand her ground against the Turkish President. Even though other high-ranking German politicians, such as the foreign minister Sigmar Gabriel, have also publicly spoken in defence of Yücel, so far none of these efforts have taken effect.

Nonetheless, despite his dire situation, the journalist has reached out to the public through a handwritten note published by Die Welt, via his lawyer. In it he says knowing he has the support of the German public and politicians “feels good, very good” and that the conditions under formal detention are better than where he was being held the previous two weeks. “Daylight! Fresh air! Real food!” are now provided and Yücel’s spirits appear to be remaining strong.

But the real question here is: should he have to be this strong? Is it normal that in in 2017 European journalists have to be prepared to be strong enough to endure arrest in Turkey, simply as a consequence of pursuing their profession?

Whilst Turkey has been moving in a dangerously autocratic direction for some time now, they are no longer the only threat to undermining press freedom in the Western world. Only one week ago Donald Trump, the supposed “leader of the free world”, denied access to several media outlets from a White House press briefing. This occurred after he repeatedly accused mainstream media of distributing “fake news”, denouncing them as an “enemy of the American people”. In an article for Politico, one journalist recently wrote, “Critical journalism is under attack from the highest echelons of power, not only in the world’s greatest dictatorships but also in its most influential democracy…”. If press freedom is not protected, and even assaulted, by those in positions of power, we lose the sources that can critically monitor and question what those in power do.

Freedom of speech, expression and thought form the bedrock of a democratic society, and current developments, both in Turkey as well as most recently the U.S, are therefore incredibly concerning. The case of Deniz Yücel further highlights these developments, and should act as a reminder as to how precious it is that we protect the freedom of speech and press in our democracies.