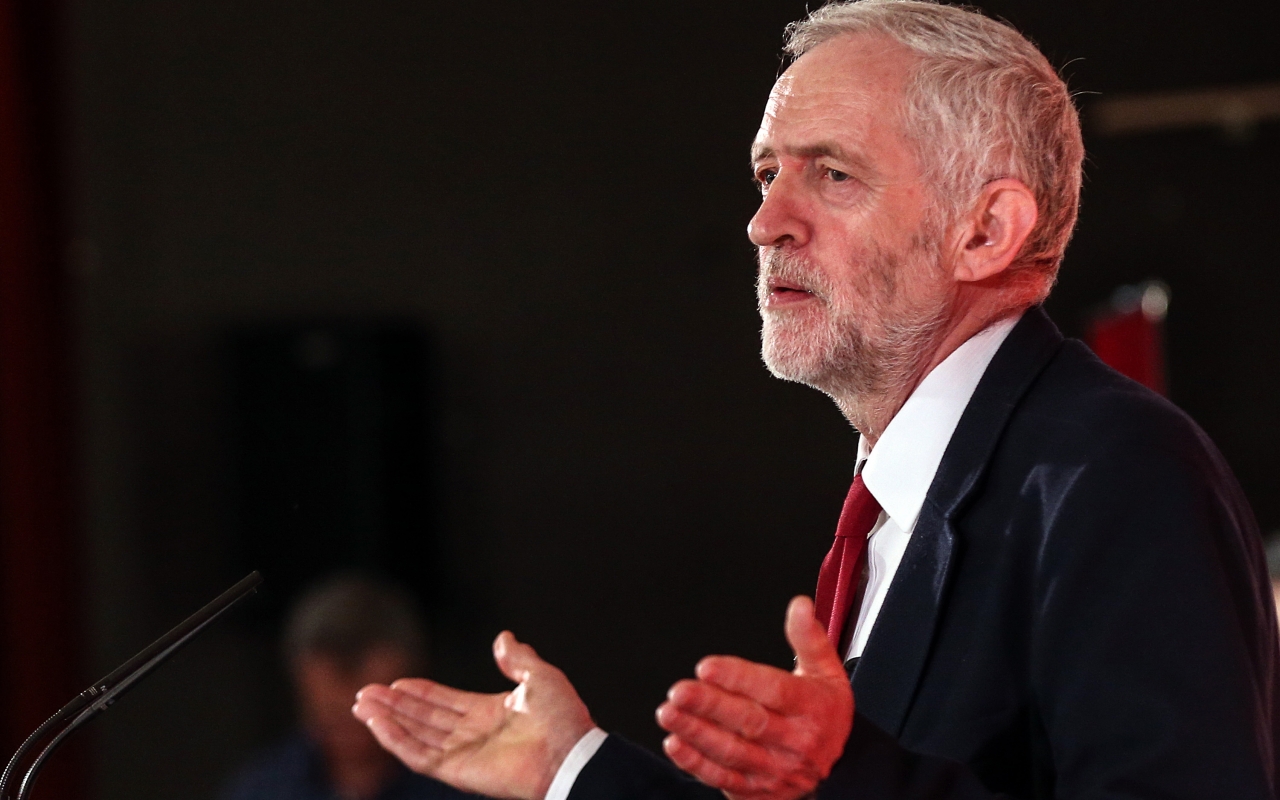 The Labour Party and Jeremy Corbyn’s leadership took a big hit on Thursday when Labour lost Copeland constituency in Cumbria, a seat the party has held since its creation 85 years ago, to the Conservatives: the first instance since 1982 (when the newly formed SDP split the vote on the left in Mitcham & Morden) that the opposition has lost a byelection to the government. Labour managed to cling on in a separate byelection to the south in Stoke-on-Trent Central, yet with a reduced majority and vote share.

Conservative candidate Trudy Harrison, who previously worked at Sellafield nuclear plant, won 13,748 votes (44.2%) in Copeland against Labour candidate Gillian Troughton’s 11,601 (37.3%). The Conservatives achived a swing of 6.7%, unheard of for the government in a mid-term by-election; according to Number Cruncher Politics, the last comparable byelection for a government was the 1878 Worcester byelection. The Lib-Dems increased their share of the vote by 3.8%, while UKIP lost 9% of the vote compared to 2015, likely squeezed by a pro-Brexit Tory campaign. In Stoke Labour candidate Gareth Snell won with 7,853 votes (37%), with UKIP leader Paul Nuttall coming second with 5,233 (24.7%) votes and the Tories in a close third won 5,154 (24.3%) votes, even though they ran a paper candidate with no ground campaign to try and allow Nuttall to take the seat.

The byelections were triggered after Jamie Reed, the previous MP for Copeland, and Tristram Hunt, the previous MP for Stoke-on-Trent Central, stood down to take new jobs at the Sellafield nuclear plant and the Victoria & Albert gallery respectively. Reed was until 2015 chair of the Blairite Progress faction and was a fervent critic of Jeremy Corbyn. Tristram Hunt was Shadow Education Secretary under Ed Miliband but stood down when Corbyn won the leadership. Hunt had been unpopular in Stoke. He was parachuted in by the party’s central committee in 2010, leaving the constituency without a local as an MP. The chair of the local branch stood against Hunt in 2010, but Hunt managed to cling on with a significantly reduced majority, which again shrank in 2015 as UKIP’s vote soared to 22%. That both men saw more of a future for themselves outside rather than inside parliament is a damning indictment of the current state of the opposition.

Jeremy Corbyn has said he will not resign, but is coming under pressure from figures within the Labour movement such as Unison boss Dave Prentis, to accept some responsibility for the defeat in Copeland. While Corbyn and victorious Labour candidate Gareth Snell have been raving about the defeat of UKIP in Stoke-on-Trent, Theresa May was in Copeland on Friday with new Tory MP Trudy Harrison. May has hailed Copeland as an historic victory that shows that her policy of a hard red-white-and-blue Brexit is the right one for the British people and that her commitment to social justice has paid off, making the Tories the party of the working class.

The Tories could now become the threat to Labour in the north that they haven’t been since the 80s. Seats once considered safe have become vulnerable as Labour lose votes to the Liberal Democrats on one side and UKIP and the Conservatives on the other. Labour’s soft Brexit policy is proving to be alienating on all sides, as Remain supporters leave for the more ardently Europhile Lib-Dems, who have made significant gains in council byelections and are now reaching double-digits in the polls again for the first time since they backtracked on their pledge to lower tuition fees whilst in coalition with the Conservatives six years ago. Leave voters meanwhile complain that Labour want to frustrate the exit process and trust May more to carry out the verdict of the British people.

UKIP, however, may not be the threat Labour once thought it was as the Eurosceptic party failed to make significant gains in Stoke, and fell back in Copeland. UKIP’s leader Paul Nuttall’s campaign in Stoke was riddled with controversy as it was revealed he had falsely claimed to have close friends who died at Hillsborough, a PhD in history from Liverpool Hope University, and to living in Stoke, in a house which he has never lived in. He also came under attack for previously stating that he thinks the NHS should be privatised, and idea deeply unpopular amongst working class voters. Stoke was UKIP’s big chance – even Nigel Farage said this byelection was make or break for them. Now that they’ve lost it, in an area that voted by around two to one to leave to EU, people are asking if UKIP has lost its purpose now that it’s achieved its central goal of leaving the EU.

Theresa May has stolen UKIP’s hard Brexit clothes wholesale, leaving the party which only has a single MP without a niche. Now UKIP has been revealed not to be the threat many thought it could be many are now calling for Labour to focus on the bigger threat of voters switching to the Lib-Dems. If too many voters leave for the Liberals and UKIP voters decamp to the Tories many “safe” Labour seats could switch from red to blue. While 70% of Labour constituencies voted Leave, two-thirds of 2015 Labour voters voted Remain. It might be possible for Labour to win some Leave voting constituencies with a plurality made up mostly of Remainers. While such a strategy might work to hold off some of Labour’s expected losses at the next election, it goes little in the way of making the 100 gains Labour must win for a majority in Westminster, in target seats with hefty Conservative majorities. In the long-term Labour must stick to the middle ground of a soft Brexit if it’s to have any chance of winning the trust of Tory swing voters.

To bring together the 48% and the 52% requires charismatic leadership and an optimistic vision for the country post-Brexit. Unfortunately it seems Jeremy Corbyn has neither of those. He was consistently given as the reason on the doorstep that voters had lost faith in Labour.  A party already seen as part of a metropolitan elite looks even further out of touch. Corbyn pledged in 2015 that he would reconnect Labour with its roots and its heartlands, but instead they’ve been further alienated. In Copeland, Corbyn’s anti-nuclear stance proved toxic in a constituency where 10,000 jobs rely on the Sellafield nuclear facility, and future jobs on a planned nuclear energy plant next door. Corbyn’s promise to keep the plant seemed hollow. Labour candidate Gillian Troughton, a nurse and local councillor, campaigned to save the local maternity ward from closure by the government, yet even the NHS, a staple of Labour campaigns, was not enough to hold back the Tories.

Corbyn’s allies argue the loss of Copeland was not his fault, claiming the seat was a “marginal” one. Indeed, the seat had become more favourable to the Tories in 2010 when a boundary change added Conservative-voting Keswick to the district. The leader’s allies also claim that it was division and infighting in the party, caused by right-wing MPs, that has made Labour unpopular in the polls. There is definitely some truth to that. When I was canvassing for Labour in Stoke division in the party was brought up as one of the reasons Labour was doing badly on the doorstep, and Tony Blair’s recent intervention in favour of staying in the EU was deemed unhelpful. Yet Labour has lost votes in every byelection under Corbyn’s leadership at a time when the opposition should be making gains from a government that has been imposing harsh austerity now for almost seven years and has barely a clue as to how it will negotiate a tolerable Brexit, let alone a deal better than the status quo.

Corbyn won’t stand down until he decides to. The parliamentary Labour party has lost any political capital it might have once had to mount a leadership challenge now that Corbyn has won two successive elections. Tom Watson, Labour’s deputy leader, who is well known for bringing down Tony Blair in 2007, has said it is not yet the right time for another leadership election. But just because Corbyn hasn’t stood down yet, doesn’t mean high-profile Labour MPs aren’t maneuvering to replace him once he does stand down. The favourites currently are Rebecca Long-Bailey and Angela Rayner on the left, and Clive Lewis, Keir Starmer, and Emily Thornberry on the soft left. Dan Jarvis, though favoured on the right of the party, is unlikely to win with the current membership. Long-Bailey and Rayner would be unlikely to have enough support from MPs to make it onto the ballot if current rules remain in place, however if Shadow Chancellor John McDonnell gets his way at conference, the rules could be changed to allow candidates with only 5% of support from MPs to make it onto the ballot. Corbyn would be more likely to stand down if this amendment passed and he could be sure a left-wing candidate in his own mould could make it onto the ballot.

Clive Lewis was once thought to be the favourite to take over, but after rebelling against a three-line whip by voting against triggering Article 50 (his constituency in Norwich voted to remain), he has alienated himself from the leadership and would be unlikely to gain the support of Momentum’s political machine if running against Long-Bailey or Rayner. He would also be unlikely to gain support from soft left MPs, who would much prefer Shadow Brexit Secretary Keir Starmer or Shadow Foreign Secretary Emily Thornberry to take over. Both of the latter accept the result of the referendum, which is important for Northern MPs who are scared they may lose their seats at the next referendum if they contradict how their constituents voted in the referendum.

The loss of Copeland is a big deal for Labour. Though Corbyn must take some of the blame, Labour’s vote share has been trending downward in both Stoke and Copeland since Blair’s landslide victory in 1997. Social Democratic parties are suffering across Europe, as their once powerful coalitions of working class voters and metropolitan liberals collapse under the weight of half a century of social change. Brexit exemplifies this. Labour “areas” tended to vote leave, Labour voters tended to vote remain. Labour MPs represent areas that are totally apathetic towards the political establishment and see Labour as part of the problem. To reconnect Labour will need leaders at all levels of the party that are rooted in their local communities. Only then will voters trust Labour to take office once again. Theresa May meanwhile is basking in the limelight. Popular, and perceived as competent, she wields power unchecked despite her wafer-thin majority in the Commons. While the median voter might be in favour of a soft Brexit, Theresa May only cares about her real opposition – her hardline backbenchers.

PrevPreviousThis Week’s By-Elections: What you need to know
NextThe Fractured Republic: Renewing the American Social Contract in the Age of IndividualismNext
On Key