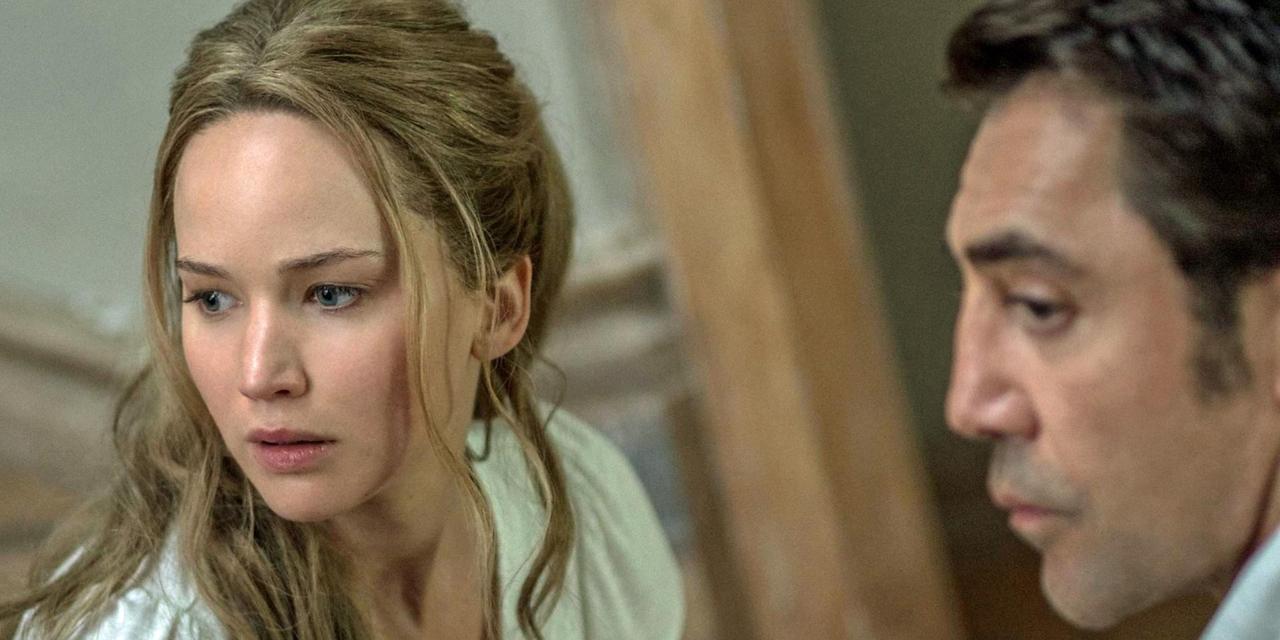 An environmentalist watches the controversial “Mother!”

“Mother!”, directed by Darren Aronofsky, is set in one house and structured around Jennifer Lawrence’s character ‘Mother’, whose one task is to turn the place into a “paradise” while her poet husband (Javier Bardem) suffers from writer’s block. As more and more strangers invade their private home, their relationship struggles. He welcomes them, is the force of change; she is utterly stressed by them, and the film ends in chaos. A psychological thriller – not a horror as depicted in the jump-scare adverts.

The meaning of the film remains ambiguous: a comment on celebrity, misogyny, or even a retelling of the creation story. Aronofsky has said his film is a “snapshot of the world” but has been cautious to over-explain: ultimately it is easily explained from the environmentalist perspective.

Once you believe the theory that Lawrence is Mother Earth, protector and the stasis of the house or world, and Bardem is a God-like figure, the other elements simply fall into place. The strangers are irresponsible over-consumers, for instance. The floods, the fire, the apocalyptic horror, are all there.

The cinematography is perhaps the most profound and even intuitive aspect: every other shot is of Lawrence’s face, forcibly connecting the audience to her. You feel every ounce of her paranoia, and the 10 minutes of calm before the storm is the only break you’re afforded.

Simplicity makes this film. Aronofsky cuts out names or context, emphasising the melodramatic concern, loss and power of being someone who cares about their environment. Despite the predictability of Jennifer Lawrence’s typecasting, I fell in love with Mother!. When her character places doubt upon Bardem’s God-like character, she reigns. The story is about her ascent of power amidst chaos, which is pretty inspiring for any activist that feels the weight of institutional barriers. Then (not to spoil too much) her courage and wisdom despite intense trauma. As Aronofsky has said, she is “a woman who is asked to give and give and give until she can give nothing more”.

So I don’t believe “Mother!” has many messages other than to listen. It is less about the often heavy pretension of metaphor, and more about the heavy self-righteousness (or some might say, anxiety-stricken activism) of environmentalism. We’re in chaos, he is saying, and we are all the awful idolising, irresponsible humans that cannot help to disrupt the peace of natural order. If “Mother!” is not about the climate change crisis, it’s definitely melodramatic. If it is, it’s demanding your attention. Criticisms of preachiness are not very astute. The question is: will the global climate crisis, according to Aronofsky’s biblical vision, be biblically solved by its victims or by its perpetrators – by those that trespass, are entitled, or by those who belong? An environmentalist should clearly answer: all.

Unaware of this interpretation, this film is bleak for the sake of it, too open to interpretation to be able to warm to. From my own perspective, it’s just not proper activism if Aronofsky wants it to be labelled as that. We know from the lacklustre reception of James Cameron’s “Avatar”, for example, that simple, provocative, environmentalist films do not operate in a motivating way. “Mother!” goes one step further: it portrays any of those that sympathise with the natural order as martyrs rather than heroes, which is understandably not an attractive prospect. Though it could be the reality.

I’d recommend seeing it on a Sunday afternoon. Maybe take a friend who hasn’t seen any interviews or reviews, and watch as they fall into frustration, or panic, whisper “fake deep”, or walk out of the cinema. But for an environmentalist, this was refreshingly powerful.